Minneapolis may not be the drinking twin 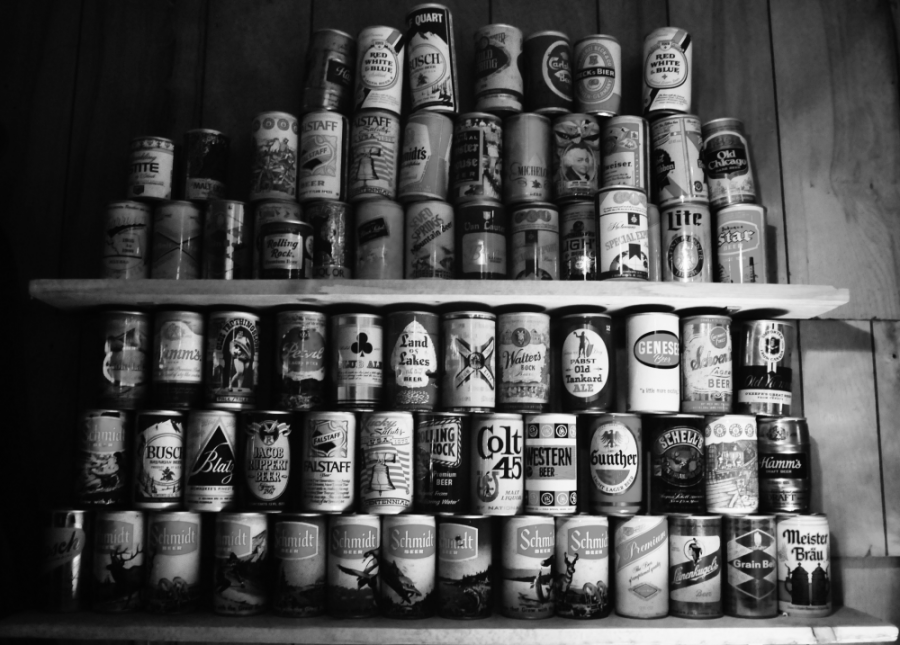 Like that other Duff sister, St. Paul sometimes gets overlooked in favor of its [arguably] prettier sibling, but maybe St. Paul has some rich history and quirky talent thatâÄôs disregarded for its veneer-clad younger sister. Well, itâÄôs not like A&E to be unjust, so St. Paul, the lightâÄôs shining on you: Plus, with our recently-acquired legality weâÄôre all about the barhop. Turf Club 1601 University Ave. W âÄúLast time,âÄù said an unidentified girl in the restroom of this little dive with her foot on the toilet flusher, âÄúthe water wasnâÄôt working.âÄù Plumbing issues aside, the Turf Club is the best kind of bar: dark, not too big but still roomy enough to avoid sweaty back-to-back smushfests with strangers. A past patron has scrawled a love ode to Nikki Sixx on a bathroom stall in Sharpie and thereâÄôs more where that came from in the dimly-lit corners. The drinks are strong and decently priced, served up by stout and gruff tattooed bartenders, and more often than not, a band is pounding the drums and making patrons shimmy around the dance floor. ThereâÄôs a $3 old-time photo booth, the kind that were popular in junior high, and even a vending machine, so if cases of the drunk munchies strike, the Sun Chips are only three feet away. Turf Club is home to the Clown Lounge, a downstairs retro-bar whose walls house taxidermy wildcats and whose jukebox is full of Glen Campbell , Elvis and Peggy Lee classics. Ask for a âÄúMinneso-tan,âÄù a twist on the Guinness-centric âÄúBlack and TanâÄù beer cocktail. The Clown Lounge version is made with Summit and Guinness and costs just $4. The Turf Club is a hipster hotspot, so be prepared to be confronted with a lot of facial hair and plaid. ItâÄôs right next door to a sex shop, too, so perhaps waiting for the bus alone outside isnâÄôt the best idea. The drinks might be a little too strong but $6 for a four-band performance? CanâÄôt beat it. The Turf Club will be home to the Black Lips on March 16. Bulldog Lowertown 237 6th St. E Named after an Amsterdam bar, the BulldogâÄôs so popular in the Twin Cities that itâÄôs got three locations: one in Uptown, one downtown and, since Oct. 30, one in St. Paul. Matt Lokowich, 41, has been a bartender for almost 20 years and opened his third Bulldog due to its big siblingsâÄô success. âÄúThere are always at least 100 kinds of beer available,âÄù said manager Blake Southard. âÄúWe specialize in Belgians,âÄù but there are beers from Michigan, the Czech Republic, Japan, and, of course, Wisconsin and Minnesota. The BulldogâÄôs beer list has to be seen to be believed; itâÄôs staggering. The Bulldog is frequented by a range of ages; a Saturday-afternoon crowd consisted of frat-types, older couples and newlyweds. âÄúLate night itâÄôs a younger crowd,âÄù Southard said, âÄúLots of tattoos and piercings.âÄù If 100 varieties of beer arenâÄôt enough to spark a thirsty travelerâÄôs curiosity, the Bulldog is a bar with even more draws: The barâÄôs specialty is footlong hot dogs cooked âÄúmore than 10 ways,âÄù none of them costing more than $6, and the half-price appetizers during Happy Hour [3 p.m. – 6 p.m. and 11 p.m. – 1 a.m. weekdays] are amazing, ranging from deviled eggs [$2.50!] to garlic, Cajun or chipotle-flavored french fries. Camp 490 Robert St. N On entering Camp, a recently remodeled gay bar, itâÄôs clear to see where the joint got its name. With lamps made from mannequin legs in fishnet stockings, a Virgin Mary and Jesus-style portrait featuring Liza Minnelli in garters and baby Judy Garland [!], and a sparkling disco ball, the bar is campy, but oh-so-charming. A quote from Mommie Dearest is painted above the entrance, âÄúI should’ve known you’d know where to find the boys and the booze.âÄù Though the bar seems brand new, it had once been called âÄúGrand FinaleâÄù and hosted such notable names/gay icons as the Village People and Grace Jones . The range of clientele that pushes through the drapery blocking the doorway is surprising. Bill Collins, owner of Camp, laughs to himself, âÄúWeâÄôve got the straightest gay bar in town.âÄù Camp hosts constant events, like the recent fundraiser for Miss TiNea, an ill drag queen with mounds of hospital bills, and live theater shows produced by Collins, like âÄúTony nâÄô TinaâÄôs Wedding.âÄù For these events, Camp caters with food from KeyâÄôs CafÃ© and Sawatdee , both next door in the glittery neighborhood. The specials at Camp are simply not to be beaten. Since they pair with Three Olives Vodka, Camp boasts the best, most affordable martinis in town. All of the hand-muddled drinks with this tasty top shelf are $5, no matter what. It should also be noted that the drinks are double pour in tall glasses, so youâÄôre getting everything you pay for. Along with a âÄúspecials lightâÄù that turns itself on and off to denote crazy-cheap drinks throughout the entire day, if the outside temperature drops below zero, all drinks are $1 off [at -10, $2 off]. If youâÄôre feeling exceptionally extravagant, buy a bottle of Perrier Jouet Fleur de Champagne , at $299 per commemorative, handpainted bottle. Honorable Mentions Barrio Set to open in June, Barrio will host a wide range of tequila [which is often mispronounced as âÄúto-kill-yaâÄù] at affordable prices. Barrio is the brainchild of the guys who brought us La Belle Vie and Solera in Minneapolis, and theyâÄôve already got a Barrio stationed on Nicollet. Expect to never mix that margarita with rail Matador ever again. ArtistsâÄô Quarter ArtistsâÄô Quarter is a live jazz club in St. Paul thatâÄôs run by musicians. No wonder this tiny underground haven is able to nab a performer every night of the year. The jazz encompasses everything from the riffing acoustic guitar jazz of Larry Coryell to the silky-smooth sax of Eric Alexander . Miss a show? DonâÄôt worry. The Artists QuarterâÄôs website hosts YouTube videos of each performer.