Alpha Chi Omega is the first sorority to allow transgender women to join its chapters. 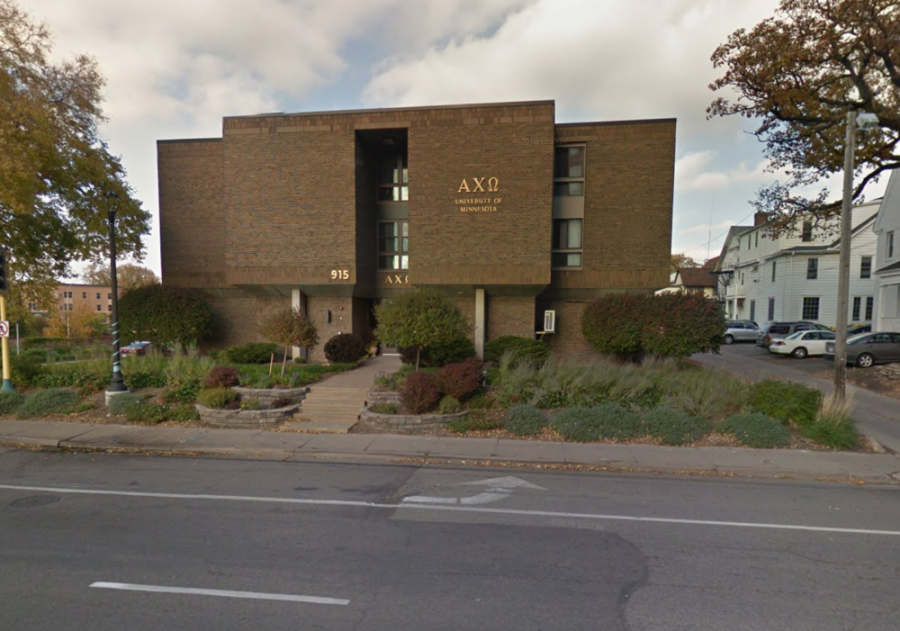 A view of the Alpha Chi Omega house at the University of Minnesota from Oct. 2016.

Women who identify as transgender will be allowed to join Alpha Chi Omega sorority after an announcement from its national headquarters last month.

Alpha Chi Omega is the first greek organization, nationally, to recognize transgender members, though three University of Minnesota fraternity chapters and one sorority chapter changed their policies to allow students who identify as male or female to become members.

The national headquarters for Alpha Chi Omega declined to comment.

Alex Hansen, president of the University’s Alpha Chi Omega chapter, said the local chapter was notified of the change on Feb. 17.

Hansen said chapter members are excited for, and supportive of, the change.

“I know that on a national level, it was a question that was starting to come up a lot,” Hansen said. “It’s not something that a lot of chapters nationally have made the choice to have.”

Melissa Medved, an Alpha Chi Omega member, said she thinks the current political climate pressed the sorority to change their stance on who can be members. “It pushed Alpha Chi to prove that we are really inclusive and empowering to our women.”

Medved said the group wants to include all women. “A transgender woman is just as much of a woman as I am,” she said.

Medved added that greek life can be perceived negatively as a conservative, homogeneous community and that this change is a step away from the stereotype.

“I think it would be really cool for greek life as a whole to accept the people who are identifying as one way or the other,” she said.

James Ehrmann, a spokesman for the Office for Fraternity and Sorority Life, said greek chapters haven’t made gender inclusivity a priority in conversations, but that the office has not received complaints about the few recent changes.

“The recruitment process for fraternities and sororities is open to all matriculated students at the University of Minnesota,” Ehrmann said. “The Office for Fraternity and Sorority Life respects the right of each individual fraternity and sorority to determine criteria for membership.”