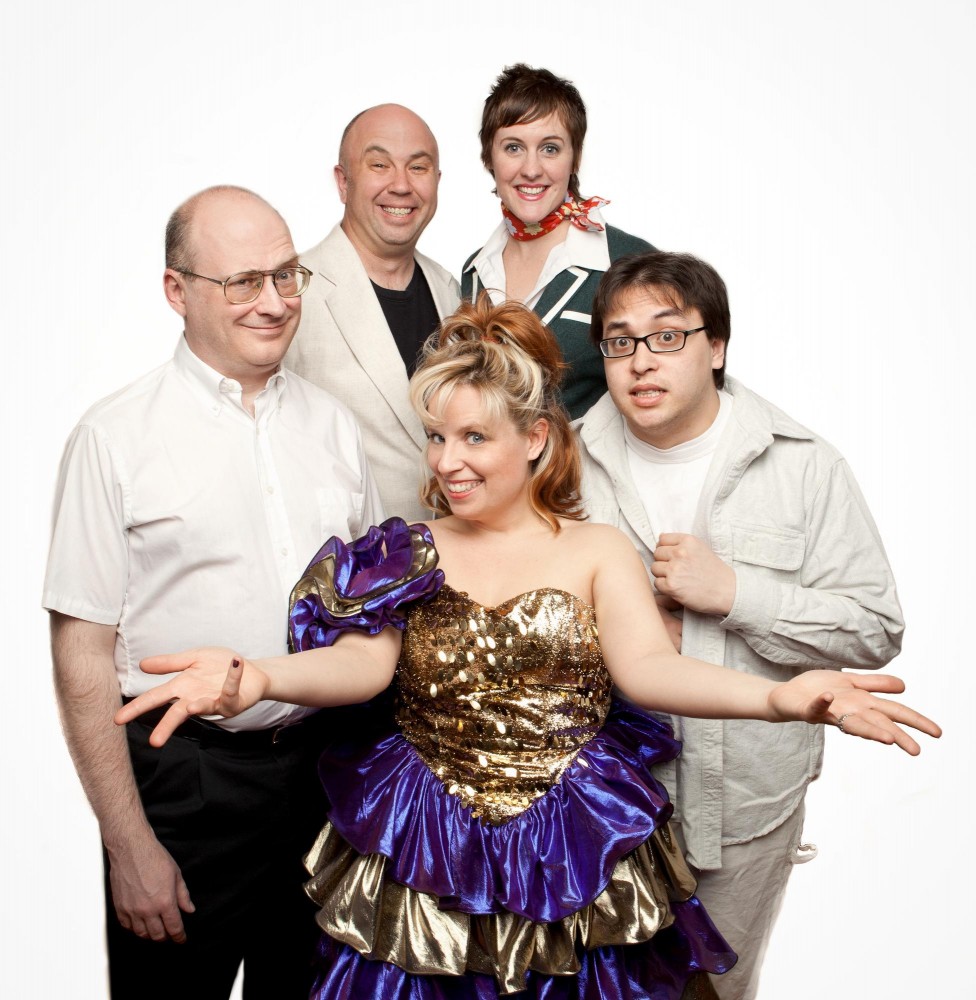 WHAT: The H.M.S. Pacific Princess Boat

ThereâÄôs the instantly recognizable Guthrie Theater, theMississippi River jewel known for its extravagant productions and classic shows. Then thereâÄôs the little-known Theatre Arlo, made up of a small group of actors tucked into the dusty corners of the Minneapolis theater scene and whose mission it is to mirror the GuthrieâÄôs season, play-for-play, on the Bryant-Lake BowlâÄôs pocket-sized stage âÄî with only fifty dollars a show to pull it off.

âÄúThat idea of having really strict limitations on what we could do was really appealing to us,âÄù Theatre Arlo creator and writer Bill Stiteler said. Stiteler started the troupe with friend Matthew Foster in October 2009 after another friend suggested doing the Guthrie season on a shoestring budget.

âÄúHaving someone else pick the season for us, only being able to do the sort-of public domain shows that they were doing on a fifty dollar budget was actually very freeing in a lot of ways,âÄù Stiteler said.

Foster came up with the concept of âÄúremixingâÄù the Guthrie shows, which led to such reinterpretations as the Golden Girls Christmas Carol and a Macbeth video game mash-up. As opposed to carrying out character impersonations of an original work, actors were directed to find the âÄúspiritâÄù of their parts.

In addition to the financial and creative restrictions the group places on itself, Theatre ArloâÄôs season is also at the mercy of time. The window between the announcement of the GuthrieâÄôs current production and the Bryant-Lake BowlâÄôs theater availability can stretch from the generously wide to the nerve-wrackingly narrow. For âÄúH.M.S. Pacific Princess BoatâÄù, Stiteler had just over a month to write the show and also direct rehearsals in time for the opening.

The challenge was no deterrent to performer Derek Washington, who came on board after Stiteler approached him last year to about playing two roles in Macbeth.

Though its copycat season may look like Theatre Arlo is biting its thumb at the classics, the comedy emerges from the new take on the same show as another theater, rather than a direct parody of the GuthrieâÄôs version.

âÄú[The Guthrie and Theatre Arlo] donâÄôt resemble each other in the slightest other than the fact that they both reference the play,âÄù troupe member Washington said.

Theatre Arlo makes use of cultural touchstones to reflect Guthrie stagings in what Stiteler called the groupâÄôs âÄúcarnival funhouse mirror.âÄù