J.B. Mayo has been advocating the inclusion of LGBTQ history in public schools since 2009. 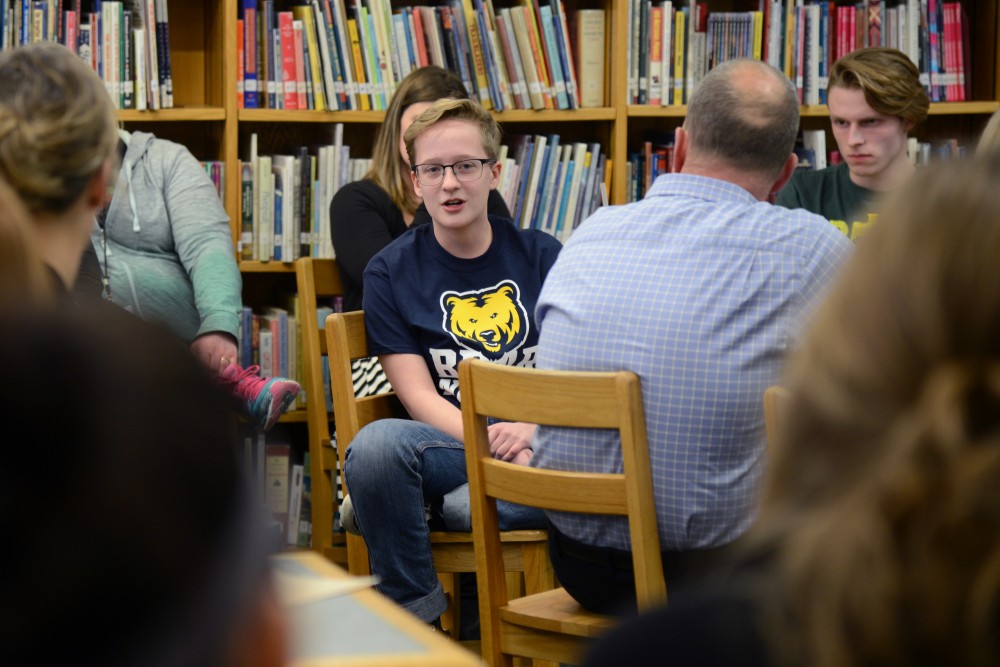 When the Civil Rights Movement is taught in classes, historical actors like Bayard Rustin are often overlooked.

And though Rustin — a gay man who was a companion of Martin Luther King Jr. — bears historical significance, he is rarely spotlighted in curriculum, said J.B. Mayo, a social studies education professor at the University of Minnesota who has been working with several local schools to incorporate LGBTQ history in classrooms since 2009.

Mayo said teaching LGBTQ history in public schools is important because many middle school and high school students are open about their sexual and gender identities.

“[When] you’re that queer kid, and you don’t see yourself in that curriculum … there’s psychological and emotional damage,” Mayo said. “When I was a gay kid in the 1980s in Virginia, I didn’t realize there were any gay people in history.”

J.J. Kahle, a Spanish teacher at Blake School who worked with Mayo in 2009, said she’s seeing more teachers integrate aspects of LGBTQ history into their classrooms.

For example, science and health teachers are beginning to examine the HIV/AIDS epidemic and address accusations that it was the “gay cancer,” English teachers are discussing Tony Kushner’s “Angels in America,” and history teachers are talking about Baynard Rustin, Kahle said.

“These issues are being given their time in curriculum … and it needs to be there all year long,” Kahle said.

Mayo said kids need to be taught about LGBTQ issues and history in order to fight the “hidden curriculum” in schools, which he explained teaches that being straight is what’s normal.

“We need to expand what is the norm at schools,” Mayo said.

Apart from working with teachers, Mayo also works with the Gender and Sexuality Alliance student groups at schools.

Mayo is working with Skyview Middle School in Oakdale, where he is involved with the school’s Gender and Sexuality Alliance.

“I think by [Mayo] being there, it gives the students a safe space to share,” said Jeanette Landin, a teacher at Skyview.

Landin, who’s also a GSA advisor, said Mayo helps the group affect change in the school when it comes to LGBTQ issues.

Mayo held a workshop at the school on Wednesday to address the use of hurtful language and how teachers can get involved. The workshop was attended by three seniors from Tartan High School in Oakdale who talked about their experiences and answered questions from teachers on how they can help.

“In 2017, there’s people who are still having an issue with language … there’s always a need for endless conversation,” Mayo said.

Going forward, Mayo said he is working on helping teach about the intersection of race and sexuality, and how different communities struggle with sexual and gender identities.

“That’s been a personal sort of thing … I can be a very good black man and also be gay,” Mayo said.

Mayo said since he started working on LGBTQ issues in schools over a decade ago, during his postgraduate days, progress has been made.

When he worked with Blake School in 2009, the weekly GSA meetings averaged 30 members, a large jump from previous years.

While LGBTQ issues and rights have come a long way, there’s still backlash, he said, adding that “there’s never a straight line in progress.”

The goal, Mayo said, is to teach students that LGBTQ history isn’t separate from the rest of history, he said.

Correction: A previous version of this article misstated the state Mayo grew up in.