Both the men's and women's teams placed first in the invitational. 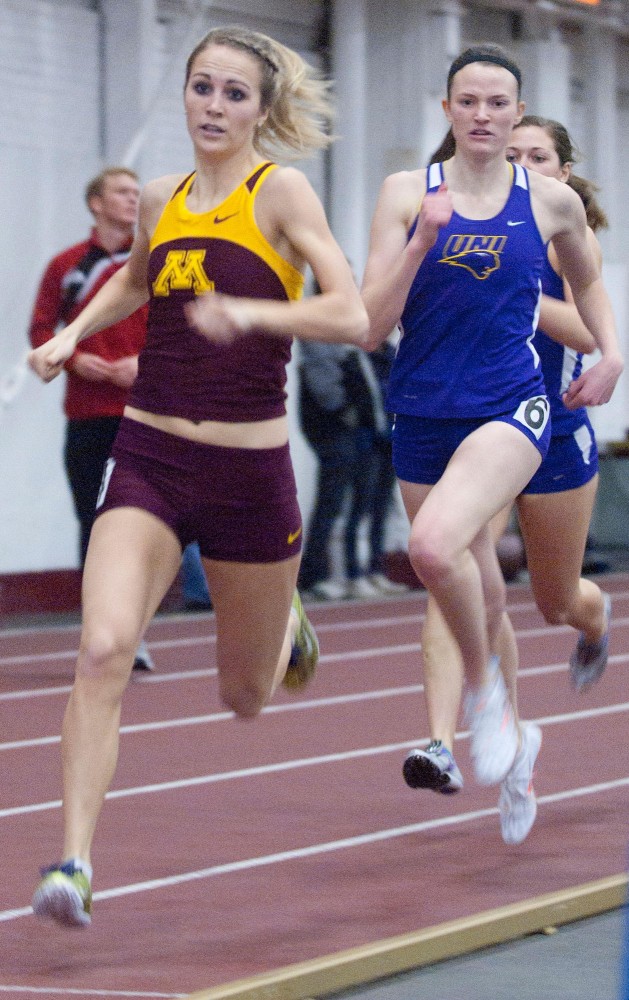 The two-day Jack Johnson Invitational took place this weekend in the University of Minnesota Fieldhouse. Both the Gophers menâÄôs and womenâÄôs track teams had little trouble maintaining their dominance of the annual home meet against watered-down competition.

âÄúThere were definitely some good things that happened,âÄù said head coach Steve Plasencia. âÄúWeâÄôre waiting for some guys to break through, and we are going to need to progress before the Big Ten Indoor meet [Feb. 24-25], but I think we are on target for where we want to be.âÄù

Two Gophers runners set new records at the tournament. Junior Harun Abda set a new Fieldhouse and Jack Johnson record after running 1:16.38 in the 600-meter. Senior David Pachuta broke both marks for the 800-meter after racing a 1:49.90.

âÄúI honestly didnâÄôt even know it was a record until someone told me a little while after my race,âÄù Pachuta said. âÄúItâÄôs fun, but I want to keep it in perspective. My mind is really more on Big Ten [schedule] and what comes after that right now.âÄù

âÄúWe started school this week, so the kids were all over the place. Some of them came out a little flat,âÄù head coach Matt Bingle said. âÄúWe have a lot of work to do. ItâÄôs something where we have to see progression every week.âÄù

Assistant coach Sarah Hesser agreed that more steps needed to be taken before the team can start to feel too comfortable.

âÄúFrom here, we start competing against the best teams in the NCAA, so we have to make sure that intensity-wise, emotionally and physically we are prepared to take another leap forward.âÄù

OkorojiâÄôs victory in the 60-meter-dash coupled with her second-place finish in the 200-meter-dash made for an impressive weekend.

âÄúI made sure I ran relaxed and didnâÄôt put too much pressure on myself as it was a home meet,âÄù said Okoroji.

As for her two young teammates who finished right behind her in the 60-meter-dash, Okoroji said, âÄúWe are really trying to incorporate them into all of our meets. We are looking forward to how both of them can help us in the future, especially at Big Ten.âÄù

MinnesotaâÄôs other champions were sophomore Stephanie Solfelt in the 5,000-meter-run, freshman Tina DeLakis in the shot put and senior DeAnne Hahn in the weight throw.

Next weekend, menâÄôs track and field is scheduled to split the team between the St. Olaf Open in Northfield, Minn., the Bill Bergen Classic in Ames, Iowa, and the Warren Bowlus Open in Menomonie, Wis.

The womenâÄôs track team will compete in Mankato, Minn., at the Minnesota State Open.