The senior enters his final year after finishing 83rd at the Midwest Regional last season. 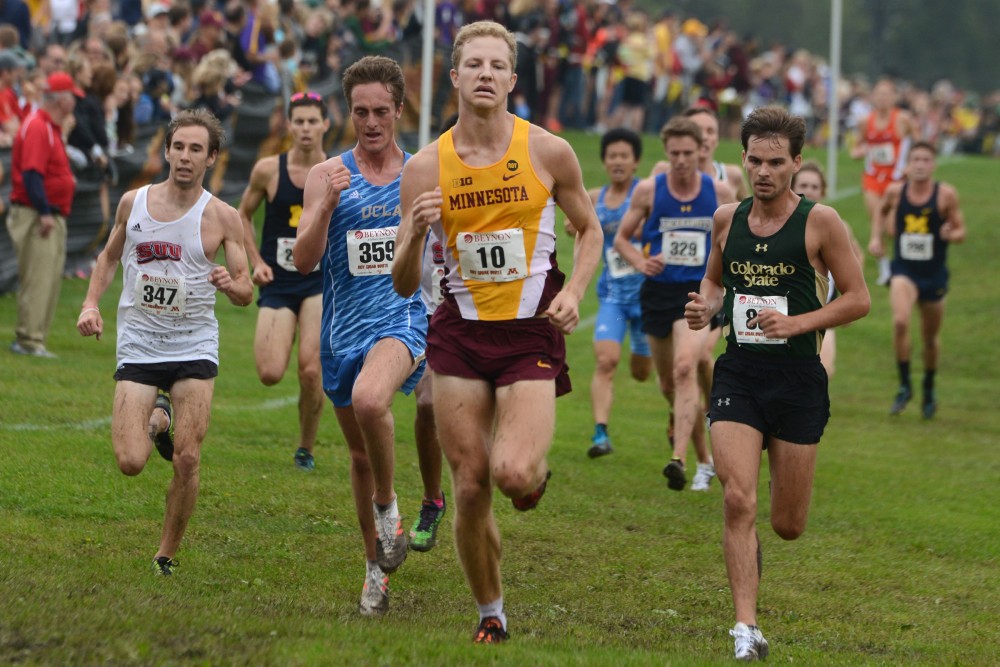 Since arriving to the University of Minnesota, he’s learned to love cross country.

“At first I did cross country because I figured I was a track and field person, so I might as well,” Wiebke said. “Over the years, I’ve learned to love the sport, as its own separate thing from track and field.”

Wiebke finished strong last year, coming in 83rd with a 32:03.6 10 kilometer time in the NCAA midwest regional. He’ll look to capitalize off that performance and bring the Gophers past the midwest regional and to the NCAA championships.

With Wiebke originally starting his career off on the track, he said the switch to a cross country course came with its own set of challenges.

“The biggest difference is the terrain,” Wiebke said. “I can handle the long distance. It’s the hills, the mud, and the course is different everywhere you go.”

In Wiebke’s first year with the Gophers, he helped the team to two victories at both the Jim Drews Invitational and the Fall Finale, running in a total of four events.

In his sophomore season, he got even better. With a year under his resume, Weibke found an even bigger stride in his steps, helping Minnesota repeat as Jim Drews Invitational team champions and setting his own personal record on the eight-kilometer course.

It’s not just that Wiebke is a good athlete that makes him interesting, it’s that he’s pushed himself and grown from year to year. Former Kasson-Mantorville track and field head coach Erik Myran knew Weibke would be a star right way.

“He had all of the intangibles, all of the qualities,” Myran said. “Everything that he wanted to accomplish was right there, it was just a matter of when he would put it all together, and as he got older and older, he did that.”

Despite difficulties, Wiebke’s adjusted to college running. Every year that he’s competed, he’s improved. He’s gone from what he would call a nervous freshman that was looking to compete, to an individual that has gained confidence as a captain of a close-knit team with big aspirations.

The Gophers host the 32nd Griak Invitational in Falcon Heights, Minnesota on Sept. 23, as Wiebke sets out to continue his own personal growth and stay relaxed; a much different tune than four years ago.

“The race falls on my birthday this year, so I just want to have fun with it,” Wiebke said.