The City of Minneapolis is considering a new policy that would designate certain neighborhoods as "Cultural Districts." 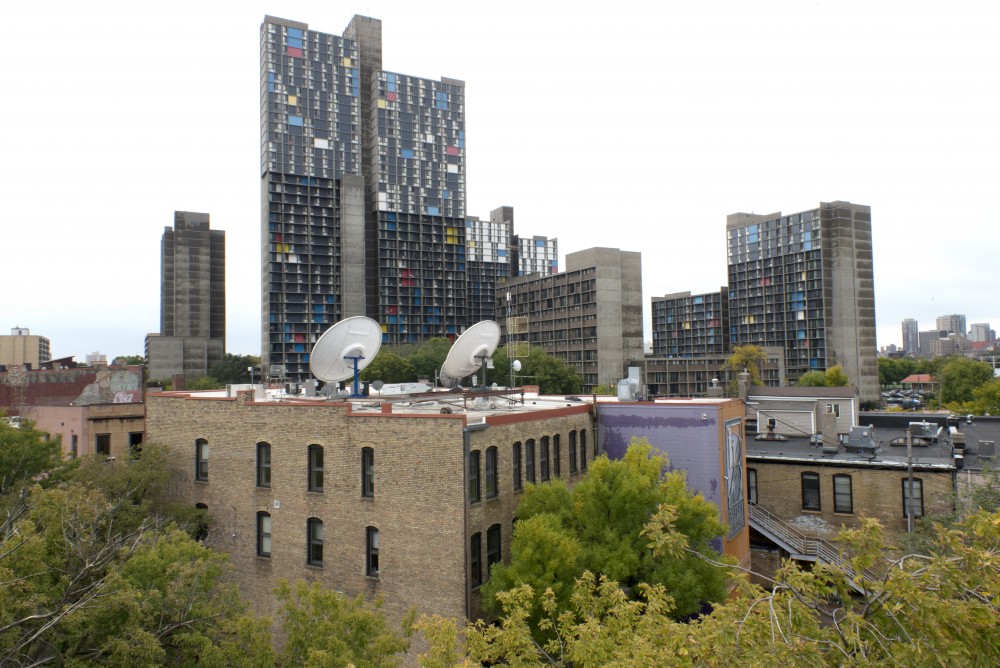 The Cedar-Riverside neighborhood as seen on Wednesday, Oct. 3, 2018.

A West Bank organization is pushing for the City of Minneapolis to designate Cedar-Riverside as a culturally and ethnically distinct neighborhood under a new policy amendment.

The policy, approved by a City Council committee last week, aims to drive economic growth in diverse neighborhoods by designating them as “Cultural Districts.” The West Bank Business Association hopes Cedar-Riverside will be considered and ultimately receive more City resources.

“I’m excited to see the City recognizing and doing this work, I also really have hope for the West Bank because we are an entry point for so many new Americans,” said Jamie Schumacher, executive director of the West Bank Business Association. “For me, it makes a lot of sense to include the West Bank in this work.”

The Committee of the Whole approved the policy as part of an amendment to the Minneapolis 2040 Comprehensive Plan on Nov. 28. The policy, spearheaded by Minneapolis Mayor Jacob Frey and a handful of council members, specifies Cultural Districts as communities with a significant population of people of color, indigenous people and immigrants.

Schumacher said the neighborhood’s majority immigrant population and numerous small businesses fit the criteria of a Cultural District. The upkeep of the area’s historic theaters compound the high need for City support.

“For us, our neighborhood is already underserved,” said Schumacher.

“We look at geographic areas throughout the city that have historic and cultural significance, and typically those are low-income, underinvested communities,” said Jenkins.

Jenkins said the City is still in the process of drafting criteria for Cultural Districts. As head of the Committee of the Whole, Jenkins directed staff to create a work group aimed at drafting a plan by the end of March 2019.

The policy aims to attract tourists to these districts while preventing resident displacement. The City drew inspiration for the policy from existing culturally significant areas like American Indian Cultural Corridor on Franklin Avenue. Cultural corridors, while not yet formally recognized by the City, are understood to have a unique place in their communities.

Will Delaney, chair of the Franklin Area Business Association, said he’s seen success in getting investment to the area following a grassroots push to identify it as a cultural corridor in 2010.

“There’s some extra visibility that comes along with being part of the American Indian Cultural Corridor, because it can be a place that people know ‘Oh, there’s native-owned business along the stretch,’” Delaney said.