The Gophers swam in Atlanta and Minneapolis this weekend. 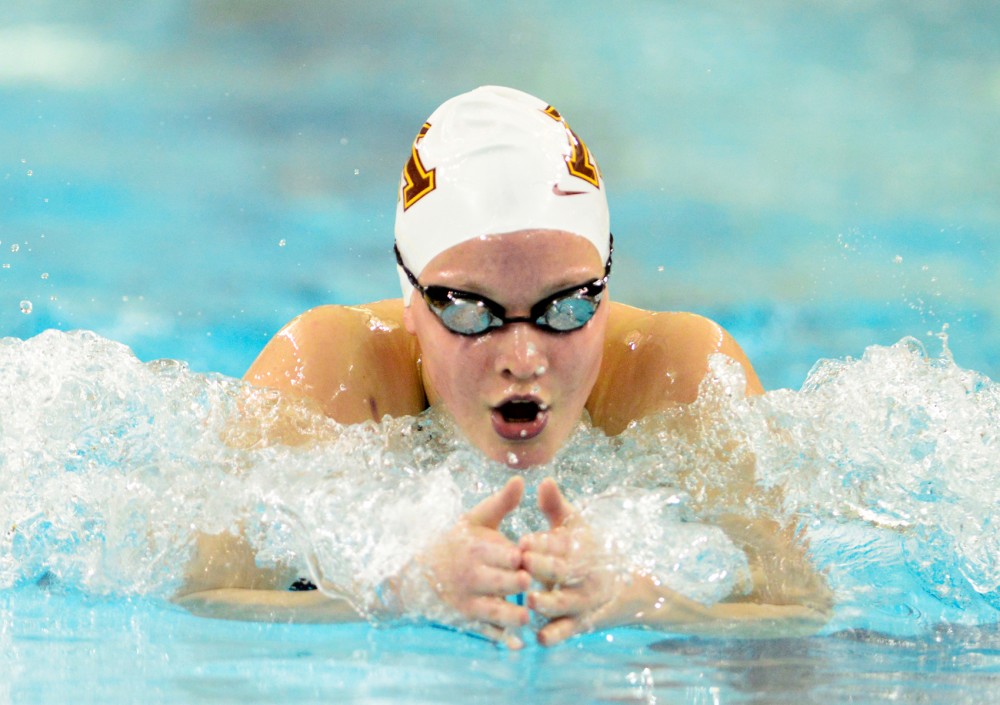 Minnesota’s swimming and diving teams split athletes up this weekend to compete at the AT&T Winter Nationals in Atlanta and the Jean Freeman Invitational at home.

AT&T Winter Nationals kicked off with multiple relay wins by the Gophers for the women’s team.

The same relay team kept the momentum going on the second day of competition and won the 400-yard medley relay, too, with a time of 3:34.15.

Waddell, Avestruz and Nack along with Brooke Zeiger also managed to snag a win in the 800 free relay (7:12.63).

“I feel great about [our performances], as a matter of fact,” said head coach Kelly Kremer. “From my perspective, the weekend couldn’t have gone any better.”

Zeiger was a standout in the weekend’s competition. She broke her own school record in the 400-yard individual medley with a time of 4:02.71.

“Anytime you [break a Big Ten record] is outstanding, and to do it in December is really noteworthy,” Kremer said. “[Zeiger] had a great weekend from start to finish.”

The second-place finisher was more than three seconds behind Zeiger, and her time automatically qualified her for the NCAA Championships.

“I was kind of surprised,” Zeiger said. “I hadn’t felt that great this week, but I tried to pump myself up and talk myself through it and not give into those negative thoughts. I was really excited about how I did.”

On the men’s side, the Minnesota 200 medley relay came in second behind Indiana. Daryl Turner, Conner McHugh, Paul Fair and Bowe Becker made up the medley team.

Becker stepped up individually for the men’s 50-yard freestyle. Becker won the race with a time of 19.67.

He snagged another win on Saturday in the 100-yard freestyle followed by Paul Fair in sixth.

The Gophers also did not disappoint at the Jean Freeman Invitational this weekend.

Senior Matt Barnard dominated the diving competition and won the 3-meter contest (441.68). He was followed by sophomore Alan LeBlang (377.05).

The 50 freestyle was an important event for the Gophers as well.

The teams will take time off from competing over winter break to train until a meet in Hawaii in January.

“From this point moving through the end of January, we’ll be putting in some really intense work and start to specialize a bit more,” Kremer said. “No question, we’ll be training really hard.”