Both Minnesota teams will kick off the season over the weekend in Florida. 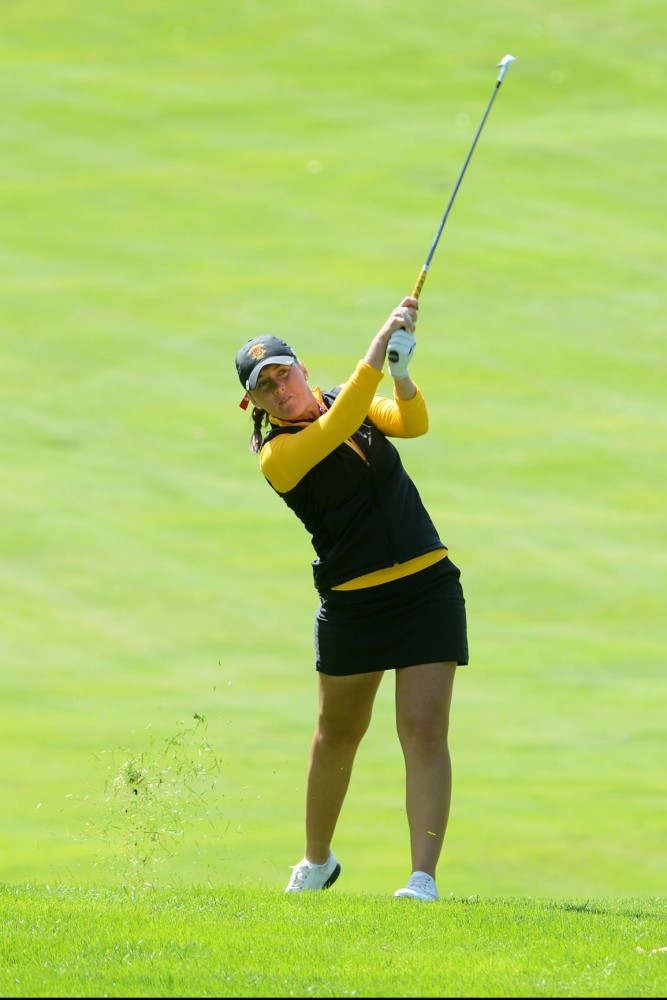 It’s golf season again, and Minnesota is heading down south to begin its spring slate.

“It’s been going really well,” said men’s head coach John Carlson. “As far as our preparation at home, it’s different when you transition from turf to grass for the first time.”

Men’s golf had a strong showing to the fall season, and finished in the top ten of numerous tournaments.

The team saw veterans solidify themselves and some freshmen found their way way through the first half.

One of the most established golfers on the team, senior Justin Doeden, is coming into the final stretch of his college career.

“I think the biggest thing for me is to take care of myself,” Doeden said. “This first tournament is going to be really important for me to go down there [and] get a good feel [for the game].”

Doeden’s highest finish in the fall season was tied-for 11th place, and he finished in the top- 20 in four of the five tournaments this past fall.

Freshman Thomas Longbella also had a successful fall season with a tied-for-sixth finish, and two finishes in the top-20.

“[I will] help out with any of the questions the younger guys need,” Doeden said. “Whether it’s putting, chipping, drives, anything they need that I can help with, I’m going to be there for them.”

The women’s golf team has a more experienced team of golfers, with only one freshman on the roster.

“The break was good for us,” said women’s head coach Michele Redman. “I think we’ve just done a lot of mental training, and we’ve just tweaked a few things here and there with some swings, and a little bit on the putting. I think we’ve done a really good job of making our practices a little more efficient.”

Junior Heather Ciskowski is primed to have a strong spring season.

“If I can be honest, I worked on everything,” Ciskowski said. “Taking a break is really nice, and it gives me an opportunity to hone in on things that I have been working on, which has for the most part been really chipping and putting.”

The native of Barrington, Ill. had a tied-for-third finish in the fall season, and has ranked among the top golfers for the Gophers.

“[I look forward to] watching them compete and watching them improve on something that they’ve worked really hard to improve upon,” Redman said. “That’s the fun part for me.”