Both teams will compete in the Big Ten championships next weekend. 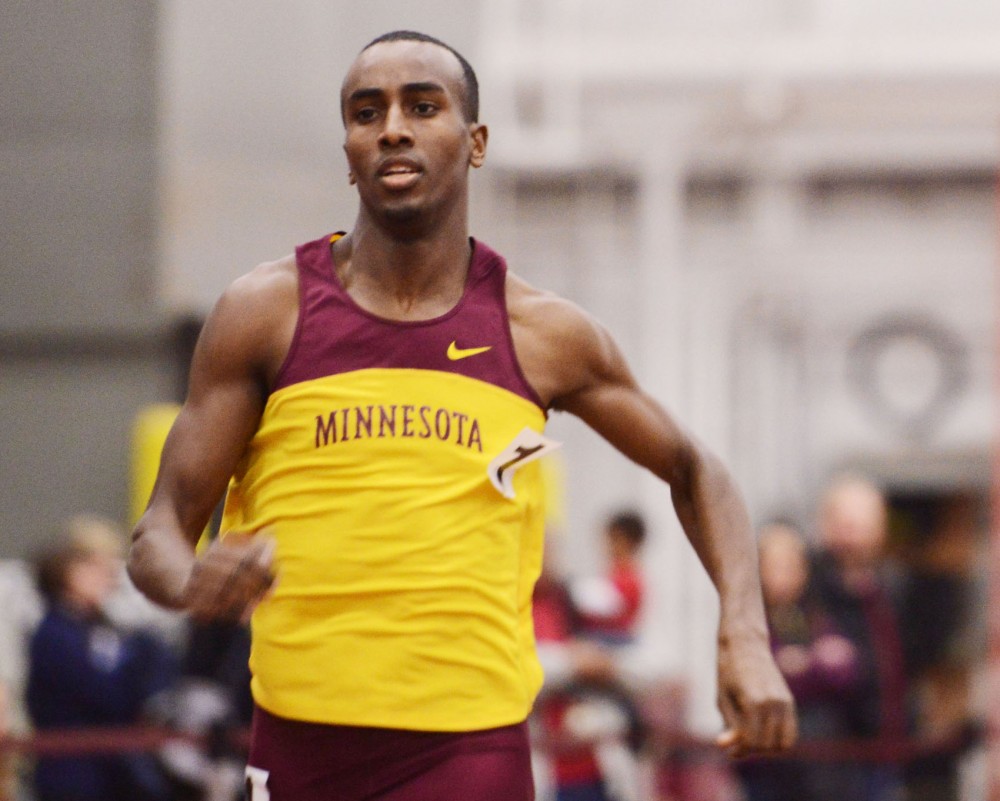 The Gophers men’s and women’s track and field teams each claimed eight titles at their respective Snowshoe Open and Parents Day Invite — warm-up events for the Big Ten indoor championships next weekend.

Senior Harun Abda won the 800-meter run in a Fieldhouse and Snowshoe record time of 1:49.68.

That time is still nearly three seconds off Abda’s school record from last season. Abda said he isn’t concerned that he hasn’t run as fast as his record-breaking 2012 season.

“I kind of started early. By the time I get to nationals, [I was] kind of tired from the long season,” Abda said. “So this year, we changed the workout so that now I can start slow and maybe try to [perform better] at nationals.”

At the NCAA indoor championships last season, Abda had the fastest time in the nation in the 800-meter run but failed to make it out of the preliminary heats. While this year’s regular indoor season may not be as impressive as his last, he said it is all part of the plan to avoid repeating his disappointing 2012 NCAA meet.

Senior Micah Hegerle also cemented his NCAA spot in the weight throw with a 21.84-meter toss — a mark that ranks second in the nation from last week’s poll.

“Sometimes the harder you try to get those kind of marks, then it doesn’t come,” head coach Steve Plasencia said Friday. “When it’s a relaxing environment, sometimes people loosen up and do some big things. And for Micah tonight, that was the case.”

Minnesota’s other six titles came from all across the track and field events.

While the women’s team rested many top competitors before the conference championships next weekend, several athletes used the Parents Day Invite to prove their worth on the Big Ten roster.

“There were some things on the line in terms of trying to make the Big Ten team,” head coach Matt Bingle said. “There were some people who … made it and lost their spot, too.”

The eight title winners from the Gophers may have done enough to claim their spot next weekend.

Junior Kaitlin Mincke set a school record in the 1,000-meter run with a time of 2:56.80. Mincke was also a part of the Minnesota A team that won the distance medley relay. She, along with redshirt freshman Becca Dyson, senior Heather Brunn and junior Jamie Vandenberg ran 11:48.04 to set a Parents Day record.

Sophomore Tina DeLakis won the shot put with a toss of 15.03 meters. Also in the field, redshirt freshman Bria Halama won the triple jump in 11.90 meters, and senior Melissa Flucke won the high jump in 1.66 meters.