If approved, the five-story apartment complex would be constructed at 401 University Ave SE. 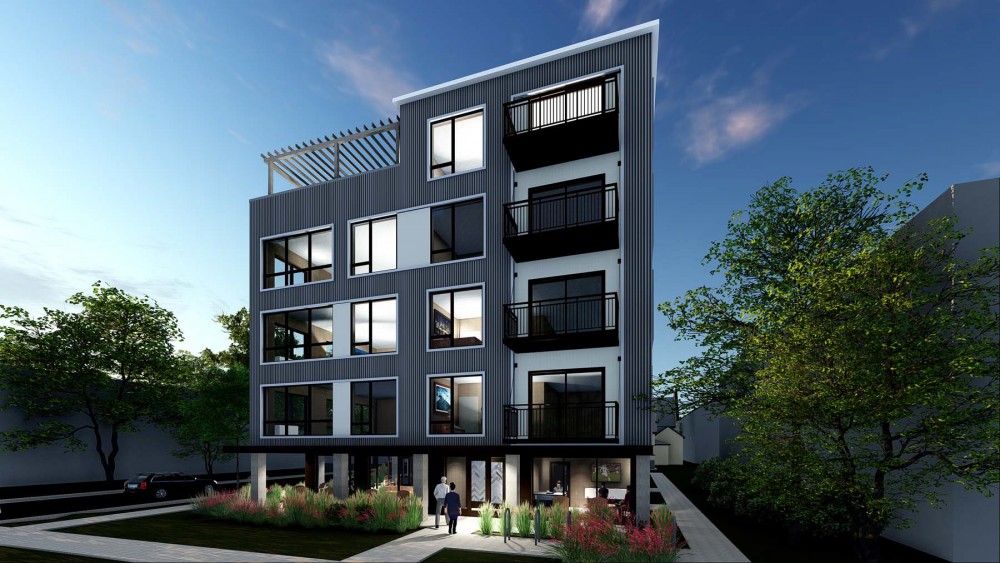 A new apartment complex could be coming to Marcy-Holmes, but aspects of the proposal have raised concern among neighborhood members.

DJR Architecture, Inc. is proposing a new five-story, 43-unit apartment complex for 401 University Ave SE. But the proposal must clear several hurdles before gaining approval from the city of Minneapolis.

Scott Nelson, DJR’s principal and director of architecture, said the location of the proposed property makes it attractive to students and young professionals. The development would include amenities like common social areas and a rooftop patio.

“[Future tenants will be] primarily single people, but it’s … definitely not just students,” Nelson said. “It’s really a short walk or bike ride across the bridge to get to downtown.”

To proceed with the project, the Minneapolis City Planning Commission must approve several of the developer’s applications — including one that deals with building height. DJR has applied for a permit to increase the maximum height in the neighborhood from four to five stories.

“[The application] appears to have support of the planning staff,” Nelson said.

The master plan the MHNA had approved by the city of Minneapolis in 2014 capped the maximum height of similar area developments at four stories, Lautenschlager said.

“We’ve expressed our concerns about it, and we would be more comfortable if they reduced the height down to four stories as part of our city-approved master plan,” Lautenschlager said.

The developer submitted another application to reduce the number of required parking spots to 18. The city’s parking ordinance would require the project to have 21 spots.

While the height requirement is the MHNA’s biggest concern, Lautenschlager said the parking variance is also an issue.

“If you think about it in the context of the parking issues we’re having throughout Marcy-Holmes, the fact that they’re taking an additional variance beyond what’s required of them concerns us,” he said.

City planning staff will present recommendations on the proposal to the City Planning Commission on Oct. 2. Community members can also attend the meeting to voice any thoughts or concerns on the proposal.

“It does make a difference when the neighborhood has a comment one way or another. That’s something that the planning commission looks at,” Smith said. “But what we’re really concerned with is [how] the findings are met, and how the project as a whole seems to meet what we’re looking for in city policy.”