Espresso Royale to close in Dinkytown

The coffee shop has been in Dinkytown since the 1980s and low sales are being cited for its closure. 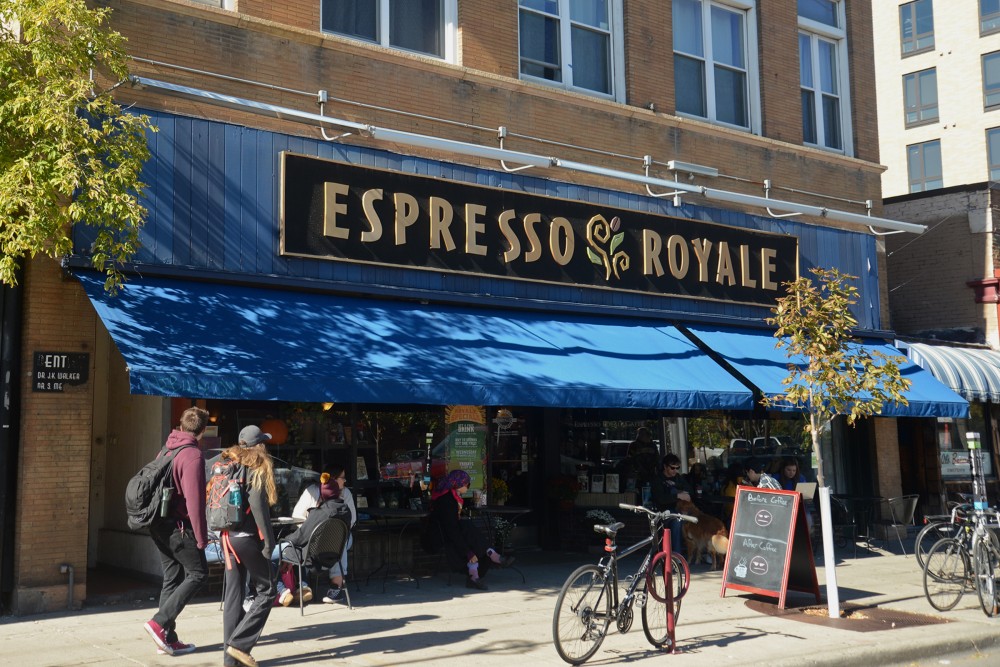 Three Espresso Royale locations in the Twin Cities — including Dinkytown — are set to close Dec. 21, according to employees.

The Dinkytown location and the two other shops, located at 475 Fairview Ave. S. in St. Paul and at 1229 Hennepin Ave. in Minneapolis, are closing due to low sales, said Nicolas Sable, assistant manager of Dinkytown’s Espresso Royale. The Dinkytown location has operated since it opened in the late 1980s, according to a previous Minnesota Daily story.

In a statement provided to the Daily on Thursday, Sarah Horneman, regional manager of operations for the three Minnesota locations, said the coffee business had become too competitive for Espresso Royale in Dinkytown.

“We’ve had a great history with our customers in the University of Minnesota market, as well as in the Hennepin neighborhood of Minneapolis and in the Saint Catherine’s neighborhood of St. Paul,” Horneman said in a statement. “Unfortunately, over the years that we’ve been there, the coffee business has become extremely competitive and the costs to operate in Minnesota have become prohibitive for small neighborhood-oriented businesses like ours.”

Employees were told about the closures in a Wednesday conference call, Sable said.

“I’m a little bit bummed… it kind of just seems like the end of an era,” he said.

Corporate management long considered closing the locations because of low sales, Sable said. Pressure from other coffee shops in the area cut into Espresso Royale’s business.

He said the Dinkytown location hasn’t received “proper funding” for needed renovations and equipment from corporate.

“There’s definitely going to be a sense of culture that’s going to be lost in Dinkytown,” Sable said.

Despite the tension between the store and corporate, he said he was surprised by the closure.

Regulars consider Espresso Royale a second home, Sable said. “I think students and regulars… are definitely going to be daunted by the news.”

Editor’s note: This article has been updated to include a statement from the regional manager of operations of the three Minnesota locations.