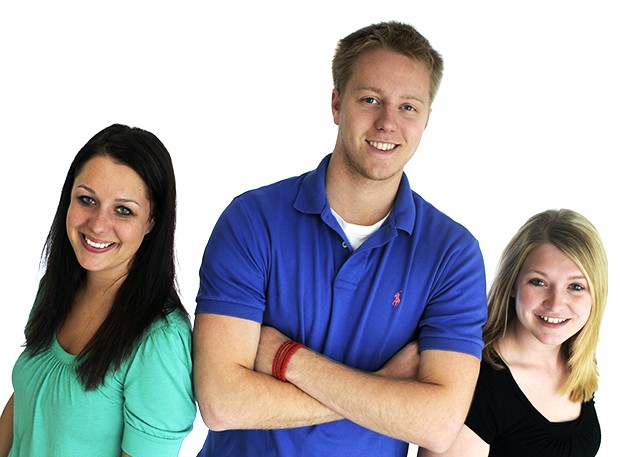 The Minnesota Daily announced Friday its 2009-2010 co-publishers âÄï three students who will serve as CEOs with equal responsibility in their distinct divisions. The DailyâÄôs Office of the Publisher will include Holly Miller, editor-in-chief and co-publisher; Ashley Williams, co-publisher for organizational development and communications and Brandon Quittem, business operations officer and co-publisher. Miller, a journalism junior, has been involved in journalism since her freshman year of high school. Before transferring to the University of Minnesota in spring 2008, Miller worked as a reporter and editor for the University of South Dakota student newspaper, The Volante . She began working for the Daily as a reporter intern in January 2008. Miller plans to continue the expansion of the DailyâÄôs online presence, which in the past year has grown to include a Facebook application, Twitter feed, blogs and more. Next year, students can expect to see a student-groups blog, Miller said. âÄúThe most helpful way that we can expand in terms of students is to provide them more services online,âÄù Miller said. âÄúWhether it is an expanded arts and entertainment section, where they can find out more about what is going on around the campus community or within Minneapolis, or a more extensive way for them to find housing.âÄù Williams, an advertising and public relations junior, started working at the Daily her freshman year and is currently the marketing and communications director. Last summer, she worked as a marketing assistant for DRI-STEEM, a business-to-business commercial humidifier company, she said. However, Williams said working in several positions at her small hometown newspaper, The Henderson Independent, prepared her for the co-publisher position. Although the DailyâÄôs office environment has improved over the last few years, Miller said there is still room for improvement. âÄúWe are students that arenâÄôt afraid to experiment with new ideas, such as launching a whole new website or putting up this new Facebook application,âÄù she said. âÄúI want to continue keeping that passion alive internally.âÄù Because the newspaper industry is in financial turmoil, the Daily will need to find ways to increase efficiency, Williams said. âÄúWe need to make sure the publicâÄôs aware that we are still thriving and producing a quality newspaper,âÄù she said. Quittem worked as a sales representative for Vector Marketing Corp. After a year as a sales representative, Quittem became a sales manager for the corporation but joined the Daily as a sales representative in January. The sales and marketing junior has been active in helping with the newspaperâÄôs graduation issue, which is essentially a yearbook for students. Quittem would like to see this product expanded next year, making it known across campus and potentially the nation, he said. His goal is to make the Daily an integral part of campus, he said. âÄúI want the Daily to be as part of the U as, say, Coffman Memorial Union or any big institution on campus like the football team,âÄù he said. âÄúI want it to be a part of everyoneâÄôs life, day in and day out.âÄù