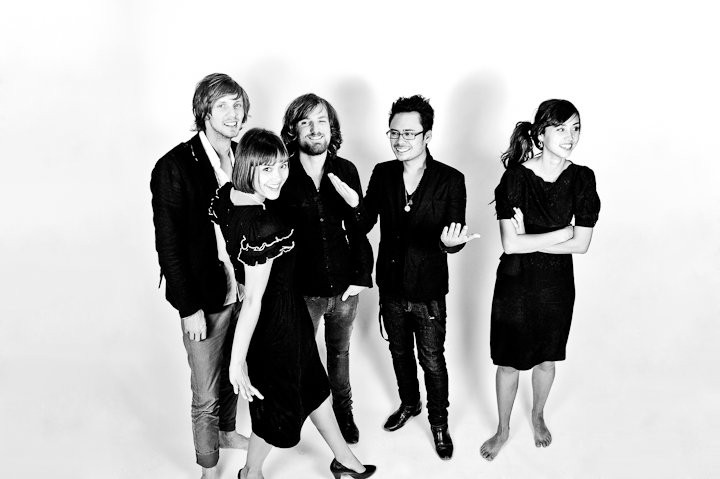 Who: Meg and Dia

Meg and Dia Frampton front the cutesy indie-pop band cleverly named Meg and Dia. Their current tour is taking their saccharine songs to the Triple Rock Social Club to promote their EP âÄúItâÄôs Always Stormy in Tillamook,âÄù which was released Nov. 2.

The Utah-based group got its start with scrupulous promotion through MySpace âÄî which also aids in harkening back those middle school memories.

âÄúItâÄôs hard to promote on MySpace because IâÄôve heard itâÄôs a dying Internet publicity thing; Facebook is more of the thing. So, right now we are trying to find other avenues to promote ourselves,âÄù Meg said.

Their Internet popularity has both helped and hurt their image. They are the No. 1 Americana artist on MySpace, but theyâÄôve sadly been associated with bands like Angels and Airwaves, due to their three years aboard the Vans Warped Tour.

âÄúThat kind of destroyed us, because as we grew up we wanted to be indie-folk-country, like Americana style. We are in the process of being very selective of who we tour with, what our music sounds like, what we look like, [and] how we interact with people. So maybe we can play for an older audience, people who are less a part of the scene we came from,âÄù Meg said.

Reaching for maturity is a good move for the band, but there shouldnâÄôt be such a conscious effort to change. Developing style and talent takes time, and growing up takes more time for some people. When they finally do, itâÄôll be a cause for celebration.

âÄúWe are in the process of rebranding ourselves,âÄù Meg said.

Throughout their musical career theyâÄôve stuck with similar themes. Many of their songs have been reflections on love and literature. The novels band members are reading, such as âÄúIndianaâÄù by George Sand, are also a strong influence on their music.

Meg considers the music she makes a âÄúsecond reproductionâÄù of life experiences after reading a novel.

âÄúItâÄôs not like weâÄôre copying the works verbatim, but itâÄôs like what those books make us feel or my interpretation of what IâÄôm learning,âÄù Meg said.

Meg and Dia are currently unsigned, which only adds to their workload. The self-sufficiency that comes from producing records on their own is also allowing the band to develop their music.

âÄúWeâÄôre very wary of signing with labels, thatâÄôs not one of our goals. I donâÄôt see that happening in the near future,âÄù Meg said.

Moving away from the pop-punk scene shows a sense of maturity. Although itâÄôs taken them four years to come to realize the bands theyâÄôre generally associated with are not very talented, inspiring or appealing to their own age group, the growth that is happening within Meg and Dia is promising.