After interning in the White House, Jake Maxon, 27, is fighting the spread of HIV for Hennepin County. 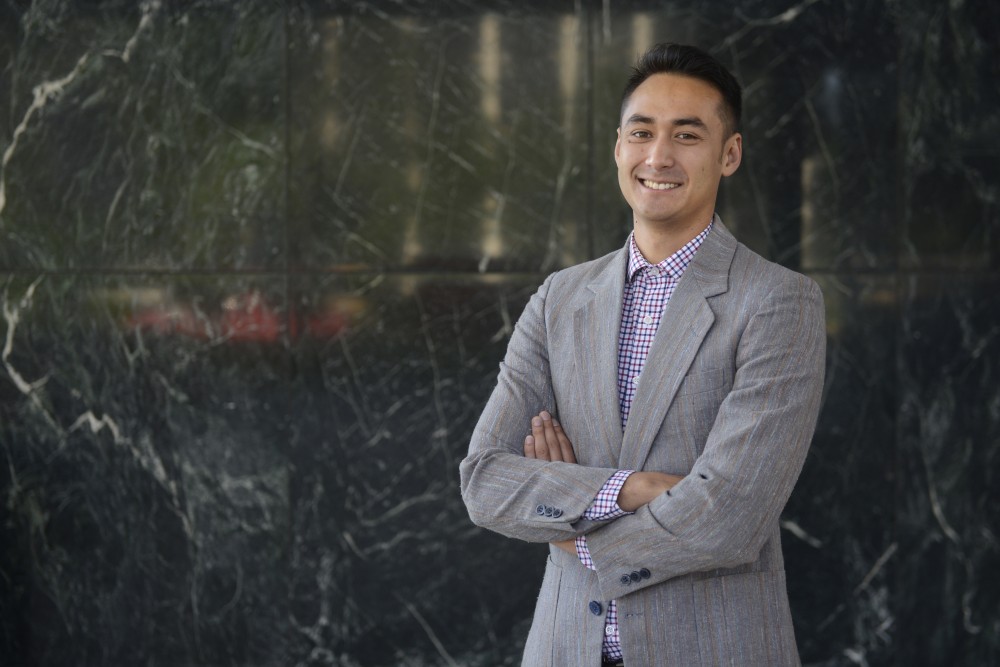 From the White House to Hennepin County, a University of Minnesota graduate student is fighting the spread of HIV.

Nearly 4,349 Hennepin County residents live with HIV, making up 55 percent of the entire state’s HIV population. Of those living with HIV in the county, 53 percent are not virally suppressed and can pass on the virus.

Despite these daunting numbers, Maxon said he’s more than ready to take on the challenge.

Though just 27, he has ample experience. During President Barack Obama’s last months in office, Maxon served as an intern in the Office of National AIDS Policy, where he learned methods he wants to apply to Positively Hennepin’s program.

Similar to the national program, Maxon said his plans hinge on working with existing government agencies and community organizations, like Clare Housing, a group that lodges those with HIV.

“If we can make a dent in Hennepin County, it will have an overall impact on the states’ numbers as well,” said Chuck Peterson, executive director of Clare Housing.

Maxon said he also wants to partner with other organizations, like drug and alcohol groups, that might unknowingly help HIV patients.

Positively Hennepin’s approach will attack the issue by offering frequent testing, increasing distribution of preventative drugs and addressing circumstances that can keep those with HIV out of care, Maxon said.

“When looking at HIV … in order to prevent proliferation of infection it needs to be a sort of quilt or weaving together of all these aspects,” said Ejay Jack, program manager at Hennepin County Medical Center’s Positive Care Center. “All of these pieces need to come together.”

Aside from partnering on a county level, Maxon, Peterson and Jack are all working on a larger project: a state-wide push to end HIV. Peterson serves as co-chair on the initiative’s advisory board, leading the creation of a state-wide HIV housing strategy, while Maxon and Jack are helping to draft other parts of the plan.

Maxon, Peterson and Jack’s participation in the statewide initiative is exemplary of the kind of collaboration across levels of government and community organizations Positively Hennepin wants to build, Maxon said.

“Government is essential, but it’s not sufficient,” he said. “And that’s why we have to build these partnerships.”

Among the private organizations he’s targeting are youth and University groups.

“The intellect and energy of UMN students is another vital resource that can be leveraged to end Hennepin County’s HIV epidemic.” he said in an email. “No one is an island, and the health of all Hennepin County and Minnesota residents depends on this spirit of cooperation.”

He said University student groups he especially wants to partner with include faith groups, groups centered on students of color, LGBT students and political groups from both ends of the spectrum.

Through this vast web of partnerships, Maxon said Positively Hennepin wants to increase the number virally repressed patients to 70 percent and cut the number of new infections by 5 percent by 2018.