Gophers finish round one in third

Minnesota senior Ben Pisani set the course record at Spring Hill Golf Course with a 7-under 65. 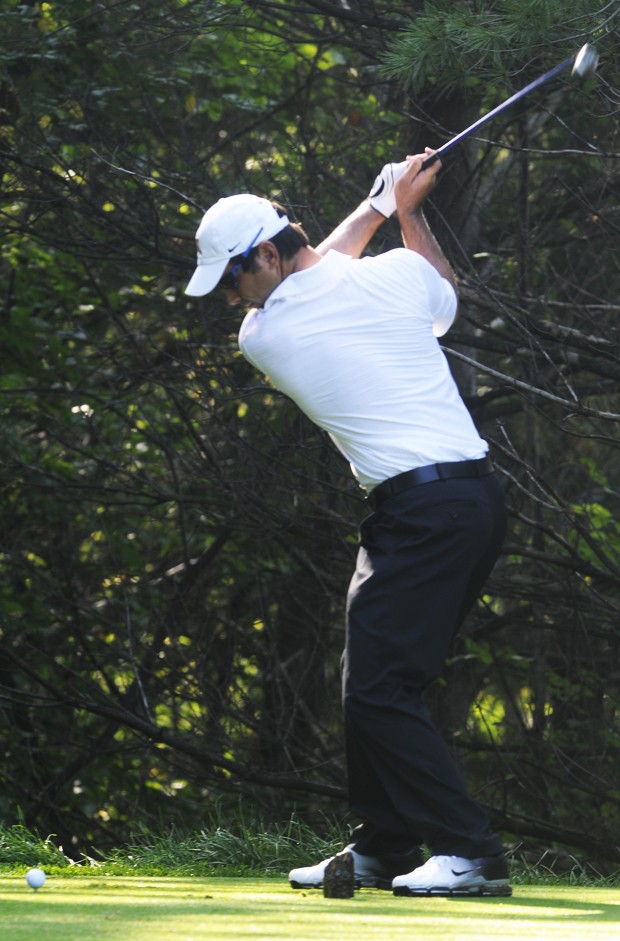 The Gophers men could not have asked for better conditions as they kicked off their 2009 season on Sunday at Spring Hill Golf Club in Wayzata, Minn. Despite some early struggles, the men finished round one in third place at 4-over of the 5th annual Gopher Invitational. One player who showed a lot of confidence was senior Ben Pisani, who took advantage of the good weather conditions. He led the field shooting a 7-under 65 in the first round, which was good enough to set the course record at Spring Hill. Pisani finished the round with nine birdies. Southern Methodist held the top spot at 3-under, while UNC-Wilmington finished the first round at 1-under. SMU is the only other school besides Minnesota to play in every Gopher Invitational since its inception. Fellow Big Ten rival Wisconsin finished in last at 22 over par. While the Gophers may have started slow, associate head coach Andrew Tank said he believes his team just needs to take it one stroke at a time. âÄúGolf is such a fragile game, you just have to keep the players confident,âÄù Tank said. âÄúMomentum and confidence are everything.âÄù Minnesota senior Thomas Campbell, who is coming off of his best season in his career, shot a 76, just above the fieldâÄôs first round average of 75.65. Sophomore Derek Chang couldnâÄôt overcome some early mishaps, finishing the round with an 88. The Gophers also brought a handful of players who participated individually, including redshirt freshmen Tim Peterzen and Christopher Meyer, who shot a 72 and 78, respectively. The second round ran late Sunday finishing after press time, and the third and final round will be played Monday morning. After a week break, the men travel to Ann Arbor, Mich., for the Wolverine Invitational on Sept 26 and 27. Women finish in middle of pack The Gophers women finished seventh out of 17 at the Mary Fossum Invitational in East Lansing, Mich. Minnesota finished its first tournament of 2009 on Sunday at 54-over as a team. Despite the lackluster performance, the group managed to improve its score in each of the three rounds. Host team Michigan State won the event, after finishing second at the same tournament last year. The Spartans finished just three shots ahead of second-place finisher Purdue. Four of the five Spartans golfers finished among the top 10 scorers at the tournament. James Madison University sophomore Nicole Sakamoto was the medalist for the weekend, finishing shooting 2-under 214. As a team, JMU finished fifth. Junior Teresa Puga led Minnesota with a 9-over 225, which was good enough for a tie at 16th overall. Junior Michelle Eldin finished at 14-over par to take a tie at 29th in the tournament. Making her colligate debut this weekend with the Gophers, freshman Jackie Shepherd shot an impressive 14-over par to tie Eldin on the weekend . WomenâÄôs associate head coach Kristine Wessinger is hopeful for the future of this mature squad. âÄúThe more experience we get the better this team will get,âÄù she said. âÄúI see good things ahead.âÄù On Sept. 27, the womenâÄôs team heads to Madison for the Lady Northern Invitational.