The development would mainly feature studio and one-bedroom units. 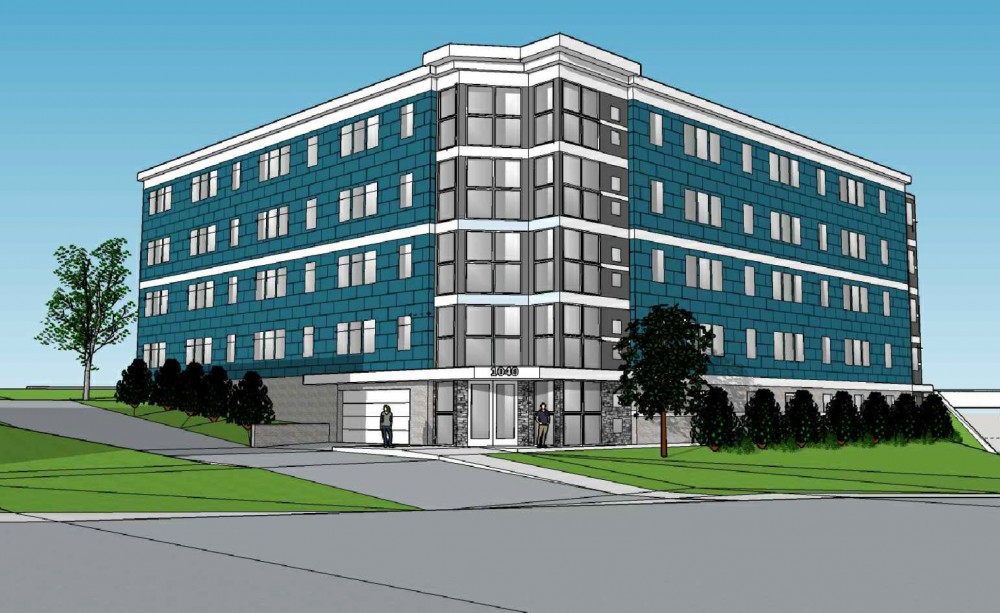 A new apartment proposed for development in southeast Como would bring dozens of studio and one-bedroom units to the neighborhood.

The four-story, 52-unit building, developed by Elmwood Properties, would be constructed in an empty lot at 1040 Como Ave. SE. The Minneapolis City Planning Commission discussed the project on Thursday.

Craig Janssen, president of Elmwood Properties, said city officials have been supportive of the new property, only adding suggestions for landscaping details.

Elmwood Properties currently owns various properties in southeast Como and Marcy-Holmes. The proposed complex would feature similar amenities to a nearby Elmwood property, including underground parking, study spaces on each floor and a bicycle garage and maintenance shop. The units of the building would average around 670 square feet.

Janssen said he hopes the new building will be a “visual cornerstone for the area.”

“It’s not just for younger people … at the University … it could also be for people who live in the neighborhood who don’t want to maintain their homes anymore. It’s much more affordable for disabled people or retired people, so we’re very happy to have those people as residents in the building too,” he said. Janssen said average monthly rent costs are expected to exceed $1,000.

The proposed development is responding to current market demand in the neighborhood for smaller-unit apartment buildings, he said. “Very few one-bedrooms have been built in the last 50 or 60 years anywhere in the metro area.”

“It’s something we’re definitely seeing in Como, but really it’s kind of a trend for the city as a whole,” Olson said.

But Gordon said some large-scale projects, like an incoming co-op housing complex and the re-purposing of the Bunge Tower, have found space in the crowded neighborhood.

“There’s new stuff going on over there that’s maybe bigger than people expect,” he said.