Over 30 researchers from around the world have already signed up to help with the project. 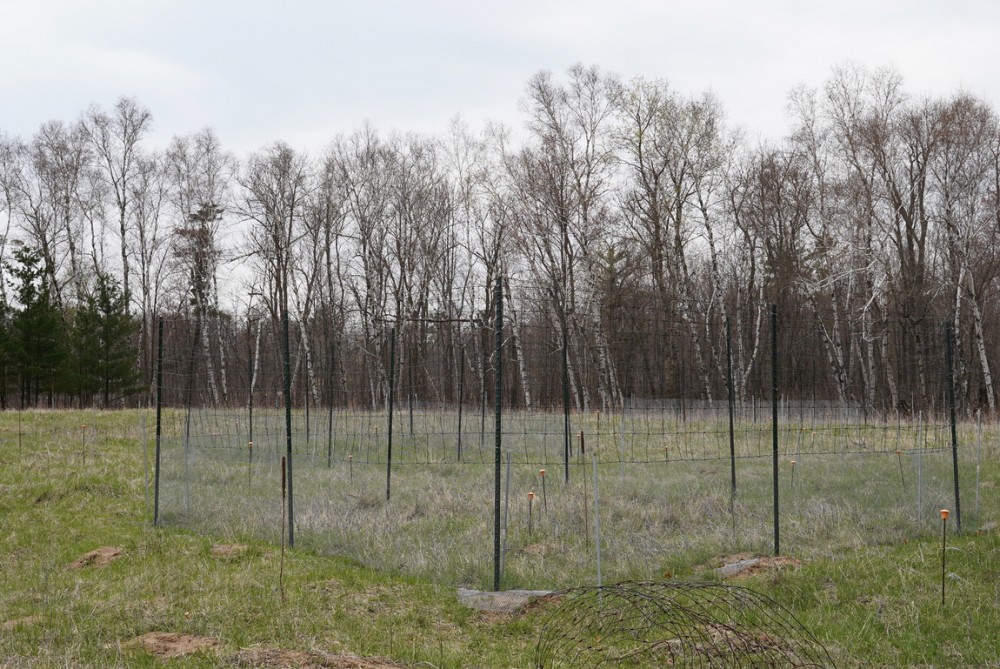 Elizabeth Borer's ecological research plots are nested against the forest line on a protected portion of research facility land on Friday, May 3.

A new research project announced late last month will study the effects of human impact on the planet, which includes the disturbance of ecosystems and their ability to recover.

The goal of the project, called Disturbance and Resources Across Global Grasslands (DRAGNet), is to help understand how humans influence global change. Part of the project involves researchers disturbing plots of land by introducing nutrients and removing vegetation to see how the areas respond and recover. This helps reflect how clearing land for agriculture use affects grassland ecosystems.

The project is managed by three University of Minnesota researchers, but investigators across the globe will be conducting identical research experiments for the project. The research builds off another global network the University researchers launched over decade ago that shows ecological research can be done on a global scale.

The managers took to Twitter last month in hopes of enlisting support for the project. In the first week, more than 30 researchers signed up to help. Elizabeth Borer, who helps lead the research, said she was not expecting such a high turnout this quickly.

The sign-up period for the project is open for the next six months. Each site will spend the next year rolling out research or collecting data as part of an observational study.

Investigators at the sites will conduct treatments on their plots, take measurements and then enter the data using a standard protocol into a spreadsheet used by all the project sites. The data is organized, managed and analyzed back at the University by Ashley Asmus, a post-doctoral researcher for the project.

The DRAGNet project builds from another global collaboration run by the same researchers called the Nutrient Network, one of the first ecological research projects done on a global scale. The work shows how the world is changing over time and provides a view of what it may look like in the future.

“It was completely crazy then, it still is now,” Borer said of successfully running such a large project.

Some researchers who have signed up to participate in the new project also conduct work on a site for the Nutrient Network.

The first project began over a decade ago, and now 130 research sites spanning every continent except Antarctica participate.

“What they have done is really spectacular,” said Dan Reed, lead principal investigator for Santa Barbara Coastal Long-Term Ecological Research. Researchers in his field are trying to replicate the model, but he said it is much harder for research to be done on a global scale with marine ecology.

“[The Nutrient Network] started with people getting together wanting to do something. … It is scientists driven by interests and excitement rather than dollar figures, and it really speaks to the characters of the people involved and their passion to do science and learn,” Reed said.

Both of the projects are designed so sites funds their own work. Most large-scale research projects like this have a large donor funding them, said Andrew MacDougall, an associate professor at the University of Guelph who helped design DRAGNet and is an advisory team member for the Nutrient Network.

MacDougall said one of the most fun parts of conducting this kind of work is that the people involved are good friends.

“There is a lot of really positive energy with this whole thing,” he said.