Both teams played meets this week to highlight the ends of the fall seasons. 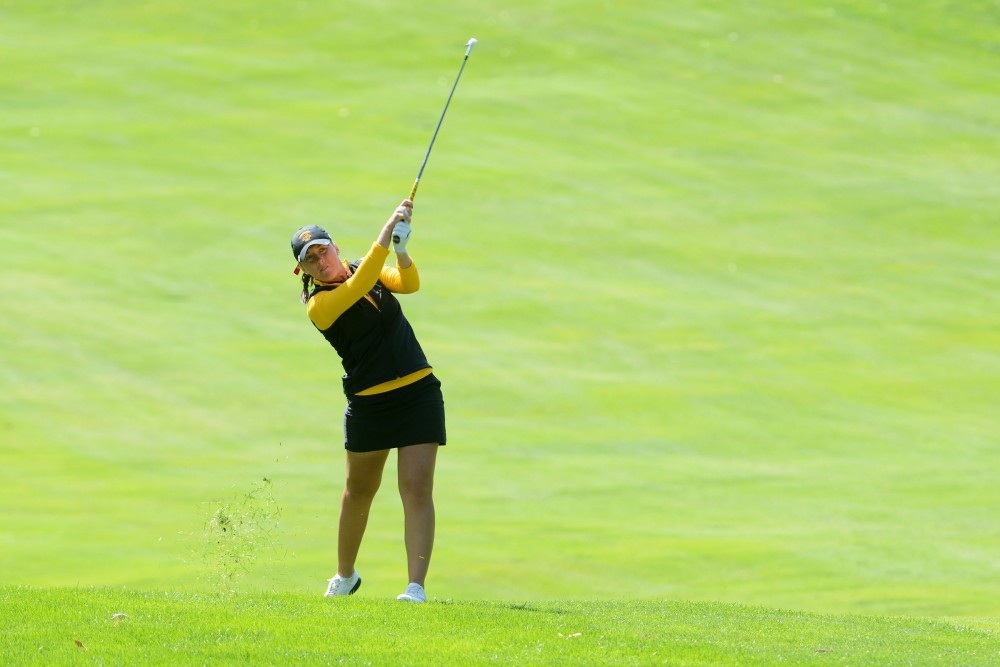 Freshman Thomas Longbella is only four tournaments into his collegiate career, but already has a top-ten finish.

Both Minnesota golf teams played tournaments this week, one in Texas, one in Kentucky.

The men’s team finished its fourth tournament of the season Tuesday and tied for seventh over No. 46 New Mexico.

“[The tournament had] a very strong field,” said head coach John Carlson. “We went down there and competed really well.”

Longbella led the way for the Gophers. He scored a 71 in the first round, 70 in the second, and finished the third with a 68 — three-under-par — which put his two-day total at 209, four-under-par.

The tied-for-sixth finish was a career-best for Longbella. It was also the best finish by any member of the Gophers in a tournament this year.

“I think the major key for me this week was putting,” Longbella said. “It took a lot of stress off my chipping and the rest of my game.”

Minnesota’s next best finisher was senior Justin Doeden. Doeden fired a 70 in the first round, one-under-par; a 75 in the second, four-over-par, and improved by six strokes for a 69 in the third round that brought his two-day total to 214.

The Gophers shot a total score of 1079, which included a 14-stroke improvement from the second to third rounds.

“We’ve been coming together as a team,” Longbella said. “We’ve got four solid guys who have all been playing really well, and we have that fifth and sixth spot that have been left open.”

The women’s golf team concluded its final tournament of the fall season Tuesday.

The Gophers finished in 12th place out of 17 teams this week. The team finished the tournament with a total score of 935, 71-over-par.

Ciskowski showed resilience in the meet when she scored an 82 in the first round, but improved by ten strokes for a 72 in the second.

“I’m happy that Heather [shot] an 82, and came back with a 72 round,” said senior Emie Peronnin. “She had a strong round coming up. That was really nice to have such a strong comeback.”

Following closely behind Ciskowski was Peronnin. The senior finished tied-for-35th, firing a 77 in the first round, five-over-par; 76 in the second, four-over-par; and 79 in the third, seven-over-par. Her total score was 232, 16-over-par.

“I hit the ball really well,” Peronnin said. “I was just not able to make putts. I did not make any birdies, so it’s frustrating because I knew I had the ability to be up there, to be in the top-20, and even go for the top-10.”

It was the last tournament for the team for three months. They come back in February to start the spring season. They will have a lot of time to prepare for this competition.

“I think we need to be comfortable about making birdies and making some putts,” Peronnin said. “Knowing that we’re able to be up in the rankings, it’s going to be a lot of putting and shortgame.”