A new student group called SOFA is drawing criticism and praise from other groups. 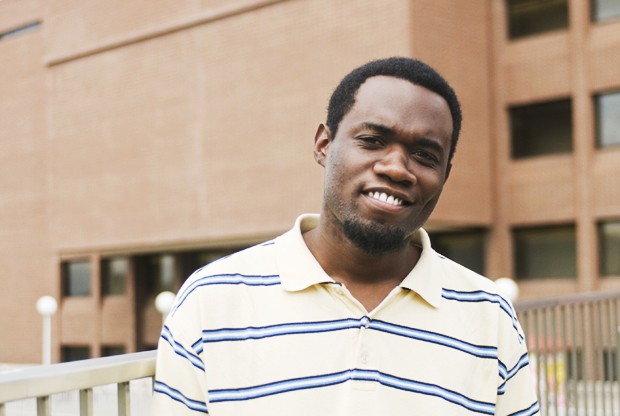 Mike Griffin is the regional field director of the new student group Students Organizing for America.

Political student groups thrive at the University of Minnesota, but Students Organizing For America will be a new addition that is already drawing as much criticism as praise from groups across the political spectrum. SOFA will be the University chapter of the national group under the auspices of the Democratic National Committee that President Barack Obama formed shortly after he assumed office as grassroots support for his political agenda. The group will be comprised of interested members of Students for Barack Obama and will partner with related groups. âÄúWe created history in November, and weâÄôre continuing âÄ¦ to do something that has never been done before,âÄù said Mike Griffin regional field director of Organizing for America and a political science senior. Griffin ran for Minnesota Student Association President in 2007, but became embroiled in a controversy over his eligibility because he lacked the required amount of signatures to be included on the ballot after some illegible ones were discarded. He left the University to work for Obama shortly after, and returned this year to continue his studies. Looking back, Griffin said, âÄúI was given the opportunity to leave school to go and change the world by electing Barack Obama. Their decision to remove me from the ballot was a blessing in disguise.âÄù Conservative groups like the College Republicans and Young Americans for Liberty see the groupâÄôs actions as less than altruistic. âÄúTheyâÄôre just kind of ObamaâÄôs little minions, I guess,âÄù said President of Young Americans for Liberty Chris Huxtable. YAL represents libertarian and conservative students who believe in less government and more personal freedom. Along with the College Republicans, they hosted FridayâÄôs event with Michele Bachmann and Ron Paul at Northrop Auditorium . YAL aims to connect with similar student groups like the College Republicans in order to raise membership and awareness. âÄúWeâÄôre out there to let people know that there is something different, that we donâÄôt have to settle for the same old crap that we have been dealing with for forever,âÄù Huxtable said. But Griffin contends that SOFA is doing what is right and that they have strong popular support. âÄúSOFA collected over a million signatures of people who support the public option [health insurance plan] âÄ¦ thatâÄôs something that, I mean, I doubt the tea baggers had,âÄù Griffin said. SOFA plans to mobilize thousands of volunteers to pass ObamaâÄôs healthcare legislation that includes a public option. âÄúThat is the main separation between the DFL group and âÄ¦. SOFA; itâÄôs obviously more in line with Obama and his policies than the Democratic groups that are out there,âÄù UDFL president Andy Pederson said . UDFL is working with SOFA on a variety of issues and is also planning separate events throughout the semester, including a debate among DFL gubernatorial candidates. He also defends SOFAâÄôs methods. âÄúI wouldnâÄôt say itâÄôs any more propagandist than the alternative, which is essentially, âÄòuse the media,âÄô âÄù Pederson said. Conservative groups like the College Republicans have their own methods of reaching people, which included a presence at ObamaâÄôs health care rally in Minneapolis on Sept. 12, as well as traditional networking. âÄúWe try to have, at the U, kind of a cabal meeting of all the conservative, free market, non-liberal groups âÄ¦ to try and coordinate different events that we have going because âÄ¦ there are a lot of things that cross over that we can help each other with,âÄù said Abdul Magba-Kamara, chairman of MinnesotaâÄôs College Republicans.