Residents raised issues such as area development and TCE contamination. 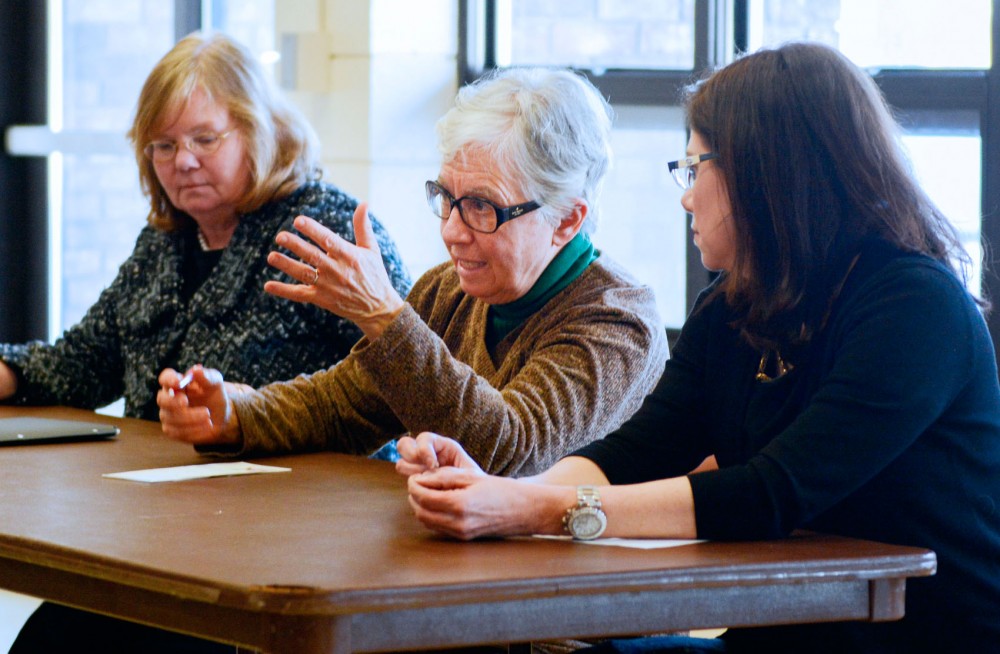 With the start of the 2014 legislative session Tuesday, Rep. Phyllis Kahn, DFL-Minneapolis, hosted the forum. Constituents brought up issues like the proposed minimum wage increase, TCE pollution in Southeast Como and increased development in Dinkytown.

Sen. Kari Dziedzic, DFL-Minneapolis, joined Kahn at the meeting and said she’s worried that if the luxury student housing market floods, rental prices for those units would plummet. That in turn could cause students to leave rentals in Southeast Como, Dinkytown and Marcy-Holmes — areas whose economies rely on student rental revenue.

“It’s very hard to make this a state legislative issue,” Kahn said, adding that residents should reach out to local city officials who have more influence on area development.

Support for a minimum wage hike

Kahn and Dziedzic also answered many questions from meeting attendees about the proposed minimum wage increase.

Kahn said they’re in favor of a $9.50 minimum wage but added it’s important the bill includes indexing — a mechanism that would allow the minimum wage to increase in tandem with the cost of living.

To pass the measure, Dziedzic said, they’ll need to gain support from other legislators, especially some in rural Minnesota who worry that an increased minimum wage would hurt the economy.

Diane Peterson, a 50-year Southeast Como resident, said at the meeting that selling her property would be more difficult after the reported trichloroethylene, or TCE, contamination in neighborhood homes.

Residents were notified in November that TCE from a former General Mills site could be seeping into their homes. Extensive exposure to the chemical can have medical effects such as birth defects and certain cancers.

Peterson said she’s also concerned about the safety of the Burlington Northern Santa Fe Corp. railway between Dinkytown and Southeast Como, which runs about nine trains of crude oil tankers per day.

Safety precaution plans should be in place in the event of a crash, she said, noting the Jan. 13 crude oil spill near Casselton, N.D., which happened along the same railway.

Two University students were at the meeting and brought up other neighborhood environmental issues.

Global studies junior Mary Webber asked Kahn about the city’s plans for lowering carbon dioxide levels, suggesting that green space on the roofs of urban buildings could combat the rise.

Kahn said tax credits for solar gardens have made it easier to build living roofs in the past, but permits for the credit are no longer available. She said she’d like to see those tax credits extended in the future.