Minnesota had lost five straight games, four by only one possession before beating Purdue on Sunday. 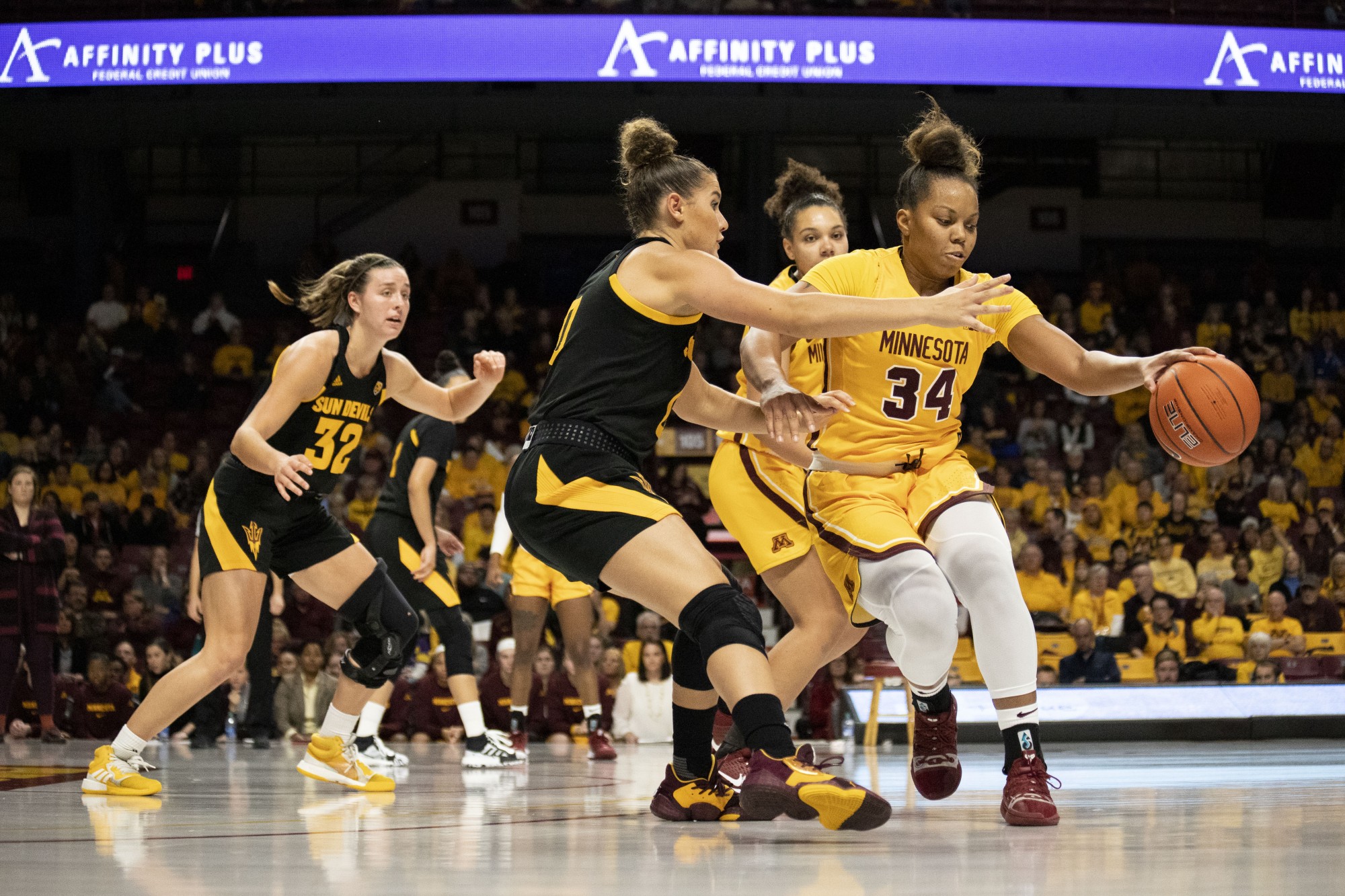 Guard Gadiva Hubbard reaches to grab the ball during the game against Arizona State at Williams Arena on Sunday, Nov. 17, 2019. The Gophers defeated the Sun Devils 80-66.

Thus far, the month of January not been easy for the Minnesota women’s basketball team.

After starting out the season with an 11-1 record, the Gophers’ offense began to sputter and they proceeded to lose five consecutive games, four of which were one-possession games. Then, to make matters worse, they lost leading scorer Destiny Pitts who entered the transfer portal.

But with a win against Purdue last Sunday in which Minnesota took control in the third quarter to cruise to a victory, the Gophers seem to have survived the mid-season storm. According to redshirt junior guard Gadiva Hubbard, snapping the losing streak lifted the pressure off the team’s shoulders.

“I definitely saw everybody’s confidence rise, especially in our younger players,” Hubbard said Tuesday. “You can tell that they were happy, playing harder on defense, and it definitely showed. I think it’s going to carry on to this next game.”

Hubbard missed all of the 2018-19 season due to a foot injury, but has stepped up into a leadership role this season. She has averaged 14 points per game in the last five games and is leading the team in steals.

“[Head] coach [Lindsay] Whalen has definitely asked me to step up as a leader, be more vocal [and] lead the freshmen a little more,” Hubbard said. “I think that’s what I’ve been doing, not only being a little more vocal but trying to show it more on the court as well.”

In order to put their losing ways behind them, Minnesota will need to continue its recent offensive success. In their last three games, the Gophers are averaging 72.7 points per game, 40.7 percent shooting from the floor and 37.1 percent from behind the arc. At the beginning of their losing streak, the Gophers averaged only 58.3 points per game, a 34.8 field goal percentage and a 33.3 three-point percentage in three games.

Minnesota will also need the young players Hubbard referenced — freshman guards Sara Scalia and Jasmine Powell — to continue to contribute to the team’s success. Scalia received Co-Freshman of the Week honors in the Big Ten earlier this week, which is the second time she’s the received the honor this season. She averaged 17.3 points and 6.7 rebounds per game and has shot 43.5 percent from three in the Gophers’ last three games.

Powell has come off the bench for Minnesota and is the secondary floor general behind senior guard Jasmine Brunson. Powell is second on the team in assists behind only Brunson.

Whalen knows many of the conference games will come down to a few possessions, but she was happy the team secured the road win against Purdue. As for the remainder of the season, she knows she is coaching a group that will fight through adversity to avoid another losing streak.

“We got a group of guys that come in here and work hard and work every day and are constantly trying to get better and [are] working on different parts of their game,” Whalen said. “For everybody, it’s really cool to see when the hard work pays off in games.”