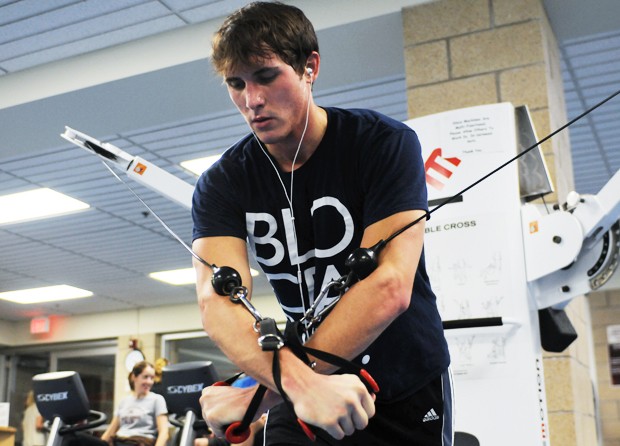 Northrop and the Rec Center are about to undergo some serious facelifts. Interior construction to Northrop Auditorium would increase student study space on campus by about 50 percent, while an expansion to the Recreation Center would nearly double the space available for its users, officials said. The two projects were included in a University of Minnesota Board of Regents review of the 2010 capital improvement projects at the November regents meeting. Renovations to Northrop will cost about $70 million, about half of which will come from private giving and state Higher Education Asset Preservation and Replacement funding. Construction will last an estimated 30 months and will hopefully begin next summer, Steven Rosenstone, vice president for scholarly and cultural affairs, said. Rosenstone said Northrop will undergo a âÄúcomplete reconfigurationâÄù to its interior. Northrop has not experienced significant renovations since it opened in 1929. Sally Dischinger, operations manager, said Northrop has seen minor improvements over the decades, including the installation of the current seats in the 1950s, a new dance floor in the 1970s and a sprinkler system in the 1990s. Now the building is in dire need of attention, without which it would likely have to close, Rosenstone said. In 2006, the Future of Northrop Advisory Committee found that âÄúno aspect of the building is without issue,âÄù said Rosenstone, who served as co-chairman of the committee while still acting as dean of the College of Liberal Arts prior to his 2007 promotion. The committee also found that the current use of the building serves only a moderate academic purpose. It was determined that the reason to renovate the building, updating its outdated technology, would be to improve its contribution. The auditorium will no longer be the focus of the building, Rosenstone said. Schematic plans for the project will be considered at DecemberâÄôs Regents Facilities Committee meeting. Plans include a 2,800-seat auditorium âÄî reduced from 4,800 âÄî and a smaller 225-seat auditorium for smaller events, both with improved acoustics. The remaining space would allow for student study and lounge space, classrooms and new locations for the University Honors Program and the Institute for Advanced Study. Northrop usually hosts events like graduations, concerts and lectures. Dischinger said it is booked about two-thirds of the time. Rosenstone predicted events hosted by groups outside the University would decrease, some University events would remain and others would be relocated to other spaces on campus or in the city. Tim Diem, director of the Minnesota Marching Band, which held its indoor concert at Northrop last weekend, said the band will have to wait to see what the smaller auditorium is like after the renovation to know if they could perform at Northrop again. One square foot per student A 145,000 gross square-foot expansion to the Recreation Center is estimated to cost about $59 million. Orlyn Miller, director of Capital Planning and Project Management for the University, said that number will be adjusted as planning progresses. The expansion will be located south of the Aquatic Center and north of Scholars Walk. The addition will be paid for entirely by the student capital enhancement fee that was established by the regents in 2008. Jim Turman, director for the department of recreational sports, said between 18,000 and 20,000 students swipe their cards to use recreational facilities on the East Bank or St. Paul campuses. To measure up to the national average, the Rec Center would need to supply about one square foot of fitness space per enrolled student, or about 51,000 square feet. âÄúWe probably have 12,000,âÄù Turman said. Fitness space includes weights and cardiovascular equipment. Turman said the expansion will not meet the need entirely, but it will help. Of the 145,000 gross square feet, about 115,000 feet would be useable, Miller said. Turman said the expansion would allow more space for gymnasiums, lockers and multi-purpose rooms for spinning, dance and aerobics. Some of the space would be used for offices, as well. Plans are currently in the pre-design stage. Those involved are working on getting a firm understanding of what they want to accomplish with the expansion. Design for the additional space wonâÄôt begin until early 2010, Miller said. Once it starts, it will likely take nine to 12 months. An estimated 24 months of construction would begin closer to 2011.