A&E caught up with America’s king of deadpan to talk about important things. 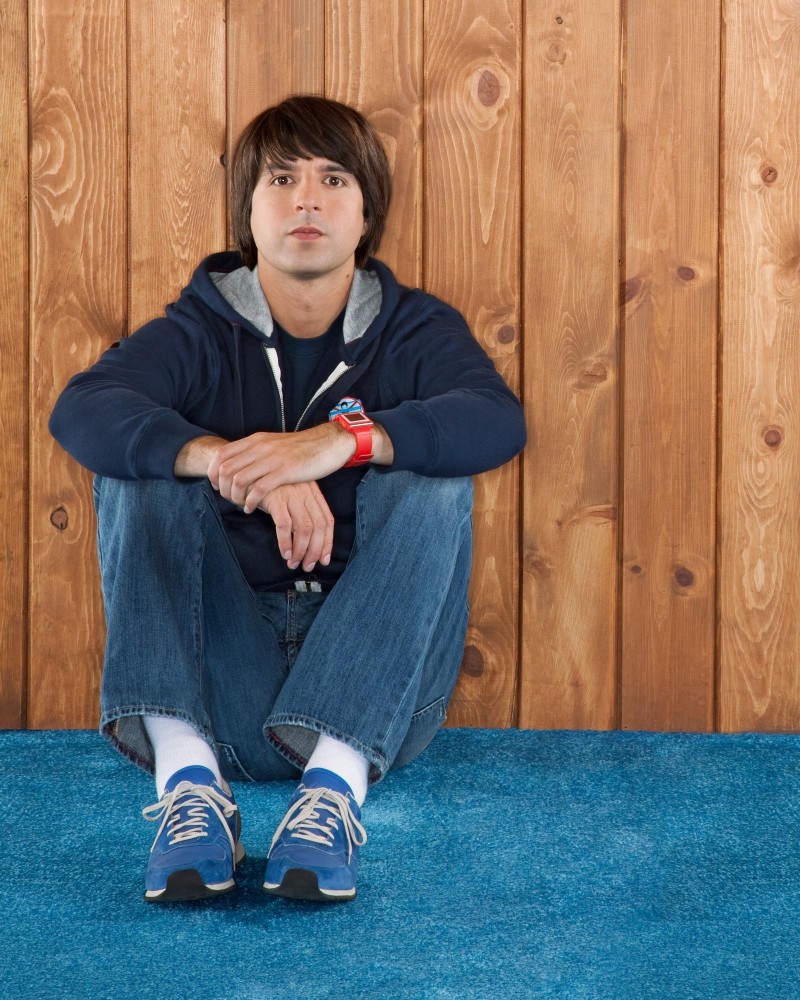 Demetri Martin will be performing at the Pantages Theatre this Friday.

Demetri Martin isnâÄôt just a comedian. HeâÄôs a one-man variety show. Incorporating everything from glockenspiels to PowerPoint presentations into his routine, the mop-top funny manâÄôs unrivaled penchant for deadpan one-liners and wordplay has cemented his status as one of AmericaâÄôs premier comedic personalities.

And the best part about it is it didnâÄôt even take him more than a decade to get there.

Coming off the heels of the release of his debut book, aptly titled âÄúThis is a Book,âÄù A&E caught up with Martin to talk about joke-writing, working on a sketch show and Ewoks.

Was the process of writing a book difficult?

I enjoyed it more than I expected. I canâÄôt remember writing anything substantial aside for a couple screenplays before this. Not since college have I had to sit somewhere and write a lot. With jokes they usually float into my head while IâÄôm going for walks or IâÄôm writing them on planes âÄ¦ things like that. With a book I can do some of that but I really had to get myself on a schedule. In the end I was pretty fast, faster than I expected but it took a while to actually start writing.

When they first asked you about writing the book, did you think you had it in you?

Yeah, years ago when I set out to do comedy my main goal was to be a comedian. Once I started though, I realized, okay now IâÄôve taken the leap, itâÄôd be cool to try and accomplish some other things along the way. Not knowing what the book would be or the content would be like. After doing it, it wasnâÄôt daunting as much as I didnâÄôt know what it was. My editor Ben, I met with him and the folks at the publishing company and I think he was kind of vouching for me saying âÄúyeah I follow his stand-up, I know what he does.âÄù It was like a fun challenge to figure out how to write things that had a little more length to them and something that would be really fun to read and get into a little bit like a story.

Do you spend a lot of time fine-tuning your jokes or do they come to you organically?

ItâÄôs kind of 50-50. As IâÄôve improved over the years, I trust myself a little more. The audience is like this great editor that somehow magically removes whatâÄôs unnecessary. So I get it down to the shortest thing hopefully, not always. It sometimes takes a few tries to get a joke to work the way I wanted to.

A lot of times they just end up in my head so I carry around a little pad. A lot of my friends are comedians too, so if I think of something thatâÄôs funny when IâÄôm at a party or something, a lot of times I wonâÄôt say it in the conversation. I just write it down in the pad so IâÄôm not cannibalizing what IâÄôm saying in real life. There are other times when IâÄôm on airplanes, when IâÄôm waiting at the airport or at the hotel or whatever and then I sit and write for half an hour. IâÄôll be like, âÄúLetâÄôs write 100 jokes,âÄù and IâÄôll just write random things. So like maybe IâÄôll try to jot down a bunch of one-liners as fast as I can or something. ThatâÄôs more of a game, you know, when IâÄôm trying to force it out a little bit. That doesnâÄôt usually yield so many good jokes for me but itâÄôs a good exercise to keep me in it.

Do you do anything to keep yourself mentally sharp?

Yeah I go through streaks. IâÄôve been pretty lazy lately. IâÄôve been trying to write this screenplay and I canâÄôt figure out what to write about here, IâÄôve been kind of stuck so itâÄôs given me a little bit of a malaise. But yeah, I have puzzle books and I go on a lot of walks âÄ¦ thatâÄôs not really a puzzle so much but I feel like itâÄôs nice to be physically active and I read a lot. I always read books while IâÄôm on the road. Sometimes I do puzzles online. I was trying to learn drums. I love music and stuff so itâÄôs a good mental challenge because IâÄôm not really coordinated that way.

Were you surprised when Comedy Central decided not to pick up âÄúImportant ThingsâÄù for a third season?

Not really. We were in the second season when I found that out. The show hadnâÄôt even finished airing yet when they made it clear they werenâÄôt going to do it again. After the first season, I really broke down, I was really tired and I wasnâÄôt sure if I wanted to do a second season. It was extremely time-consuming to produce. Like way more than I expected. I couldnâÄôt really do anything else while I was working on the show. I couldnâÄôt even do stand-up for months âÄ¦ it was difficult.

I decided to do the show in California for the second season because I learned a lot about producing in New York like, âÄúWhere are we going to park the truck today?âÄù And if we need an actress she needs to be in the union and in New York there arenâÄôt many old ladies who are also in the union who are available.

There were things like that that were logistically really difficult. The show had a different location for every sketch so it was like producing a lot of little films which threw you right into a difficult situation that really affects how long you get to shoot for and  therefore affects how many choices you have in the edit. So in California I thought itâÄôd be easier, and it was.

LetâÄôs get real for a minute. If you could live in one movie for the rest of your life, which one would it be?

Hm. I donâÄôt think it would be âÄúGroundhog DayâÄù. I would sayâÄ¦ it would have to be live-action. I kind of like a lot of things from the âÄô70s or from that era. I think I would live on the planet where the Ewoks live in âÄúReturn of the JediâÄù. So hopefully I could bring some friends there, like my girlfriend who IâÄôm really into. Basically IâÄôd be able to live in the Redwoods, which I love. Maybe it should be after things are sorted out with the Empire. [Laughs] thatâÄôs a predictably dorky answer but I do think northern California is really nice and that does seem to take place there.

And youâÄôll always have the Ewoks to protect you.

Yeah, I mean I donâÄôt know much about them so there would be a learning curve. So there would be a good number of years or at least month of just getting to know the guys. Like how do we communicate here? What are your traditions, cuisine? All that stuff, different culture.