There’s no place like home for ‘Ruby Slippers’ production

“Ruby Slippers,” a story about the disappearing ruby slippers in Grand Rapids, Minnesota, will run on Nov. 19 and 20. 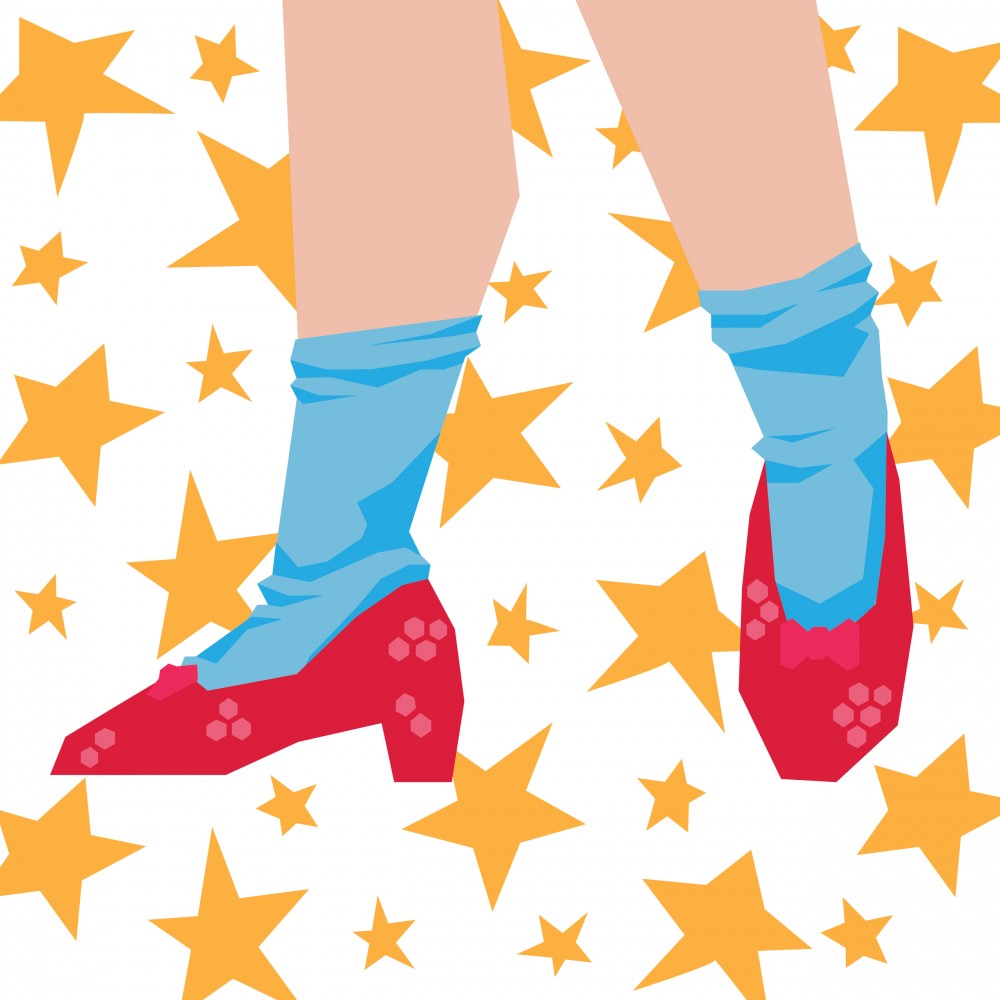 The “Wizard of Oz” is often associated with innocence and fairytale — a story about a girl trying to find her way back home. This well-known film is about to get a makeover with Jazzercise, an exploration of its connection to white supremacy and stolen ruby slippers.

“Ruby Slippers,” a creative collaboration through the University of Minnesota Theatre Arts and Dance Department, explores what happened the night Judy Garland’s ruby slippers were stolen from a museum in Grand Rapids, Minnesota. The production will run Nov. 19 and 20.

“I was trying to find a new story to develop and I did a Google search of the three … oddest things … that have happened [in Minnesota], and up pops this article about these ruby slippers that were stolen from the Judy Garland museum in Grand Rapids, Minnesota in 2005,” said Luverne Seifert, the director of the show and a senior teaching specialist in the theatre arts and dance department.

And so the idea for “Ruby Slippers” was born. The show has been developed as a creative collaboration, a program within the department that gives everyone in the project a chance to contribute to the show and challenge each other’s creative skills.

The collaborators had six weeks to write the show and then six weeks to stage it. They drew heavily from the film “The Wizard of Oz,” as well as the TV series “Fargo” because of its focus on mystery and crime in Minnesota. They also tried to capture the grief of the community in Grand Rapids, like dialogue from an email written by a woman in Grand Rapids who was angry over the stolen slippers.

Emiliano Silva Izquierdo, one of the collaborators and a freshman majoring in theatre arts with a concentration in performance creation, explored the connection between the author of the book “The Wizard of Oz,” L. Frank Baum, and white supremacy, and how the connection can be culturally significant in their production of “Ruby Slippers.” Baum advocated for the extermination of Native Americans and white supremacist ideologies.

“For me, the stories that are interesting are not to try to recreate the tropes of ‘The Wizard of Oz’ as this beautiful, magical, fairytale,” Izquierdo said. “I think it’s interesting to see how [the movie] fits within the history of the United States and its cultural imaginary.”

While their production began as a story about the disappearance of the ruby slippers, FBI investigators found them during the collaborators’ creative process. The creators then had a plot twist they didn’t see coming, which added to the twists and turns in this unique production.

“It’s kind of an adventure,” said collaborator Tessa Dahlgren, a senior studying theatre arts and psychology. “We, at the start, didn’t know where this was going to end up. … We’re willing to make mistakes with each other and that’s how we found our best ideas.”

The collaborators hope “Ruby Slippers” will bring the audience laughter and suspense, as well as grief for a community in crisis.

“If we’re successful at creating a suspenseful narrative, we’ve created a good mystery for one journey of the show. … That would be good to see,” Seifert said. “If we’re able to have the sense that we’ve created a community in despair and that we’ve honored that … I would also feel really great about that.”