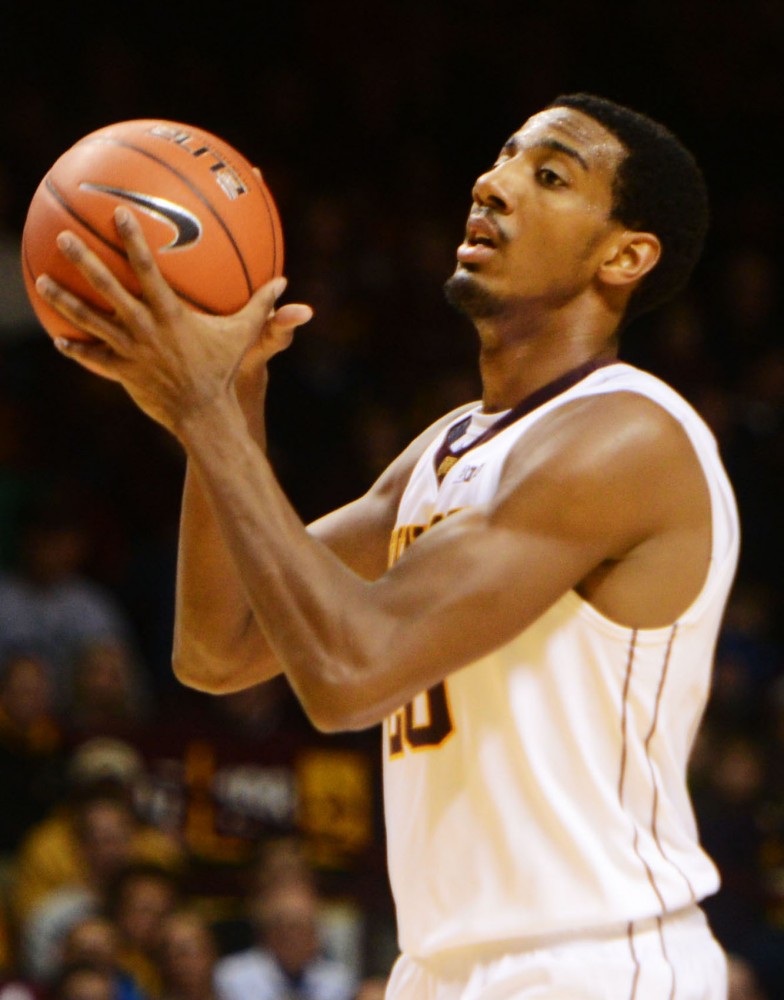 While much of the early attention was on the Hall of Fame head coach’s attendance, Austin Hollins later stole the show.

“He was awesome,” Gophers head coach Richard Pitino said. “I thought he was so good tonight.”

It was a big night for Hollins. He broke the 1,000-point mark for his career on a driving layup with about three minutes left in the game, making him the 38th player in Gophers history to reach the mark.

“He’s had a great, consistent career,” Pitino said. “He’s going to go down as a really good Gopher, and I think he’s got much better basketball ahead of him.”

Hollins said reaching the career mark on a night when he and the team played well was a bonus.

“It feels good to reach that milestone and have a well-played game and get a win,” he said. “It’s been a long journey to get to this point. It means a lot.”

The Gophers outrebounded South Dakota State 40-30 — an important achievement for a relatively small team that’s struggled on the glass this season.

Hollins set the tone in the rebounding department as well — especially early. He grabbed 11 of his 14 boards in the first half.

“He was tipping them to himself, [and] he was high-energy in the first half,” junior guard DeAndre Mathieu said. “He’s high-energy all the time. We’re used to it now.”

Pitino emphasized to Hollins the importance of improving his rebounding before the season. He told him the Gophers needed him to get seven or eight rebounds a game.

And Hollins has responded.

He averaged only 3.2 boards last season, but after his dominance on the glass Tuesday night, he’s averaging 7.4 rebounds per contest through 11 games — an impressive number for a 6-foot-4-inch guard.

“I put in a lot of work in the offseason,” Hollins said. “It’s really starting to pay off.”

Pitino wasn’t surprised by Hollins’ improvement on the glass.

“It’s almost disturbing how easy he is [to coach],” Pitino said.

He was taken out of the game with a little more than a minute to play, and fans gave him a standing ovation as he walked off the court.

“I don’t think Austin Hollins gets enough respect,” Pitino said. “When you talk about the face of our team, [people would] say it’s Andre Hollins. …

“I think we’ve got two faces, and that’s Andre and Austin Hollins. … Austin’s a tremendous player, and he’s only getting better.”