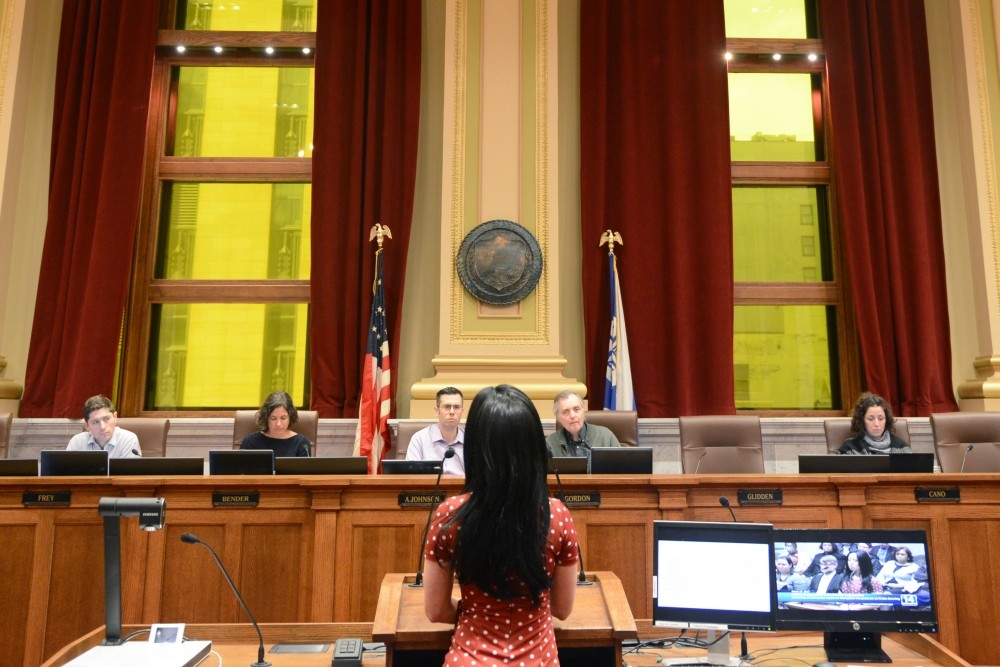 Looking for added perspective before moving forward on ordinances in the coming months, City Council members asked researchers, including the University of Minnesota’s Urban Research and Outreach-Engagement Center, to facilitate additional dialogue with industry workers and community members.

Potential issues addressed in the ordinances include licensing of entertainers and managers, touch and physical separation of dancers and the regulation of VIP rooms and kissing.

The City Council approached UROC and other researchers following a 2017 research project documenting the workplace environment in strip clubs. UROC’s findings were sent to City officials in June, and policymakers are using the recommendations to draft City ordinances over the summer.

“I was worried we’d come up with what I thought would be a good solution [for policies], and then the workers would come back and say, ‘No, that’s not [going to] work for us,’” said Ward 2 City Council member Cam Gordon.

“We want to make clear that this is not about shutting places down or anything like that. This is legal work [and] it should be work that has the same kind of dignity and… protections that are afforded to other types of workers,” Garwood said.

The Minneapolis Health Department evaluated similar regulations on strip clubs around the country, and found that most are written with a focus on preventing prostitution, Huff said.

Many cities that have followed through with regulations for strip clubs did not seek input from people working in the industry, said UROC Director of Research Lauren Martin.

Martin said she sees UROC’s work as part of a building movement focused on community engagement in policy making. Many dancers are mistrustful of working with City employees on policymaking due to a stigma associated with the industry, she added.

Angela Callais, a sex educator and therapist in Minneapolis who participated in UROC’s community advisory group for the 2017 research project, said many laws claim to be based on public health but are actually based on a specific set of values.

“I work one-on-one with individuals who are personally negatively impacted by these laws,” she said.

These laws can affect workers’ safety and lead to discrimination, Callais said.

“I think it’s really helpful to say… we’re not anti-sex, we’re not anti-sexually-oriented businesses. What we’re looking at is, ‘what are those deleterious impacts… happening in a work environment?”  said Daniel Huff, the City’s director of environmental health. “[I] kind of like to think of it as strip clubs [after the #MeToo] era.”

Those involved in the research also noted concerns about exploitative tipping practices and pay scales.

“I hope that through this process, whether it’s things that have come out of the last year [in a] national movement, that maybe through… reinforcing their rights and protections as workers, they’ll start to feel more emboldened to speak up,” said Ward 13 City Council member Linea Palmisano.