“Red Sparrow” realizes our deepest cultural fears: “The Cold War did not end. The Americans are drunk on shopping and social media,” and it's Mother Russia’s time to strike… 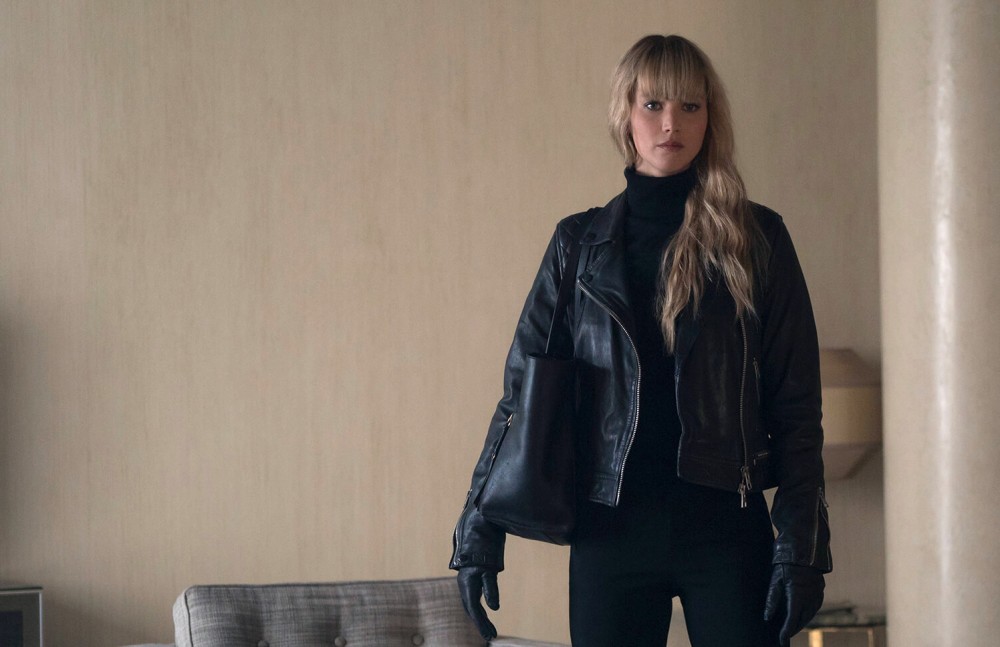 Just kidding. It’s a spy thriller, and not much more than that.

“Red Sparrow” is vicious and, at points, fun. But the movie lacks the self-aware camp it would take to make this movie truly entertaining.

The movie is based on former C.I.A. agent Jason Matthews’ 2013 novel of the same name, so while it takes liberties in aestheticizing today’s red scare, it’s not complete fabrication.

Dominika Egorova (Jennifer Lawrence) is a ballerina who has just lost her career to a broken leg. The scene when her leg snaps serves as an accurate meter for what it feels like to sit through this movie — hard to watch, hard to look away.

With a sick mother to care for and no one but the state (excuse me, zee state) to turn to, Dominika lets her uncle, a Russian intelligence agent, recruit her. When she witnesses the assassination of a Russian politician whom she’s gotten alone in a hotel room (on her uncle’s orders), friendly uncle Ivan tells her she has a choice: continue as a femme fatale or die because of what she’s seen. Turns out she’s pretty good at the whole pretty/deadly woman thing, so the Russian government sends her to a training school to become a sparrow (i.e. beautiful government agent trained in seduction and psychological manipulation).

As good at her job as Dominika is, however, she consistently frustrates her superiors with her dignity and self-respect. Like many of the individual men she has to answer to throughout the movie, the state itself is clearly unaccustomed to hearing the word “no.”

“Red Sparrow” starts out as sexy spy-versus-spy. It evolves into a battle of wits between a young woman and a nationalist government body, but takes a while to get there.

You spend most of the movie wondering who’s going to win and who’s going to die (OK, so Francis Lawrence, director of the last three “Hunger Games” movies, is echoing past themes at least a little).

One strong point of the movie is its sympathy for the female characters. While the sparrows are trained in psychological manipulation, the movie allows us direct access into Dominika’s head and heart (if not her plans). Lawrence does a brilliant job of conveying Dominika’s interior world through subtle facial expressions (and a lack thereof).

Between “Mother!” and “Red Sparrow,” the past few months have seen Jennifer Lawrence get the life kicked out of her. What is it about her that makes her such a target for cinematic wrath? We’re not sure, but either way, the additional gore hasn’t hindered her acting ability. In fact, where in “Mother!” she was helpless, here we get to see her fight back, which is fun.

And let’s talk about the fake Russian accents. They’re pretty bad. Jeremy Irons can’t even be bothered to pretend to care.

If you’re watching Red Sparrow for the Bond-esque spy thriller that the trailers advertise it to be, you’ll probably leave the theater happy. If you’re watching it for cinematic ingenuity, you’ll walk out the door still hungry.