BSU has worked to educate the U on black history this month. 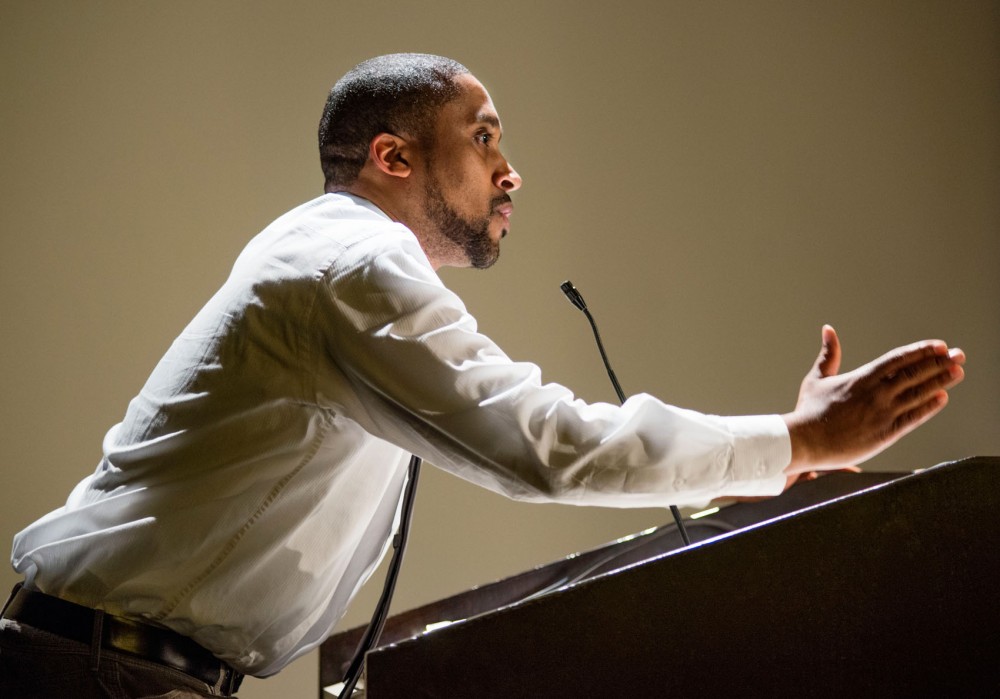 Associate professor Keith Mayes poses a question to the panel and audience during an open discussion of the movie "Beasts of the Southern Wild" on Wednesday, Feb. 20, 2013, in Coffman Union.

Bailey, who said he grew up down the street from Martin Luther King Jr. in Montgomery, Ala., and is related to Rosa Parks, was on the University’s campus during the Civil Rights Movement.

“A lot of the young folks may not know what has happened here to get certain programs, and they need to know the price that was paid,” Bailey said.

Black History Month is celebrated throughout February, but some, like Bailey, said the past actions and achievements of black Americans still go unnoticed.

On Friday night, the Black Student Union and the Phi Beta Sigma fraternity held a “Dinner with Legends” to honor those who were part of the Morrill Hall takeover.

On Jan. 14, 1969, about 70 students sat in Morrill Hall for 24 hours in an effort to have their demands for equality heard by the University.

Bailey attended the University during the protest but said he didn’t participate for fear of losing his football scholarship.

“We shouldn’t take for granted what they’ve done for us,” youth studies sophomore and BSU Black History Month Chair Mesgana Tesfahun said of the protesters.

Tesfahun said the Morrill Hall takeover not only led to the creation of the Department of African American and African Studies but also the establishment of departments for Chicano and Latino Studies, American Indian Studies and what is now Gender, Women and Sexuality Studies.

In the past, BSU has recruited civil rights leaders like Black Panther Party co-founder Bobby Seale for the event, but organizers wanted to keep the legend “close to home” this year, Tesfahun said.

BSU started its celebration of Black History Month with its annual kick-off event Feb. 4. It has hosted events throughout the month to inform students and the community about the importance of black history.

“This is important for our campus because we’re on a predominantly white campus,” said Kynesha Patterson, a youth studies senior and BSU president.

Nearly three-quarters of University undergraduate students on the Twin Cities campus this semester are white, according to University data.  Fewer than 5 percent were black.

Patterson said most of her professors fail to acknowledge Black History Month. She said the University could do a better job of recognizing it.

But she said it’s important that teachers talk about black history because it’s part of American history.

African American and African studies professor John Wright, who spoke at Friday’s dinner about drafting the demands of the black students for the Morrill Hall takeover, said there’s a divide between educators on teaching black history.

BSU members said they hoped their events this month helped to inform all students about black history, especially what occurred at the University to promote equality.

“There’s a lot of rich history,” Bailey said, “and a lot of untold stories.”