The Gophers finished the season with a 36-21 record. 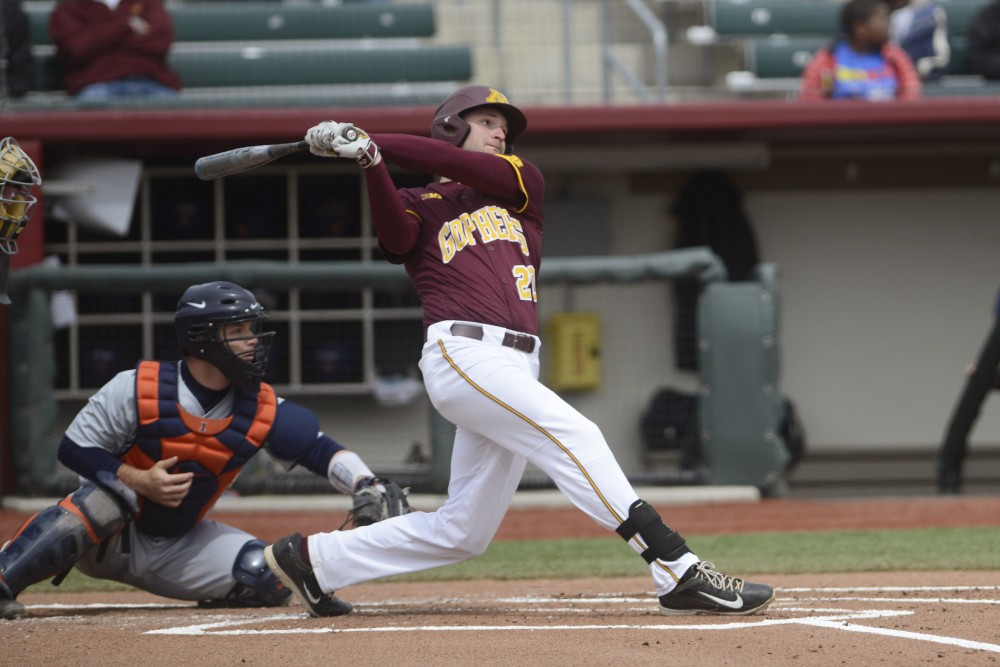 Junior Toby Hanson bats for the Gophers during their game against Illinois on Saturday, April 29, 2017 at Siebert Field.

When the 64 teams for the NCAA tournament were announced on Monday,
the Gophers did not hear their name called.

Minnesota (36-21, 15-8 Big Ten) missed the cut for the postseason tournament and its season will come to an end. The Gophers were not expected to make the tournament after finishing 67th in RPI.

“The scoreboard and the standings I don’t think really represent what this team is all about,” said head coach John Anderson. “I’m proud of them. I have no regrets.”

Minnesota fell to Iowa 7-5 in extra innings Saturday to end its Big Ten tournament run. Iowa, Michigan, Nebraska, Indiana and Maryland were the Big Ten teams that qualified for NCAA tournament, while Oregon State (49-4, 27-3 Pac 12) is the No. 1 overall seed in the
tournament.

Last season, the Gophers made the NCAA tournament after winning the
Big Ten regular season title. They were eliminated in four games after a loss to Texas A&M.

“We won 36 games, so I don’t think you have anything to apologize about,” Anderson said. “It was a pretty good year.”