The Gophers have lost five of their last six games despite stellar play from sophomore Rachel Banham. 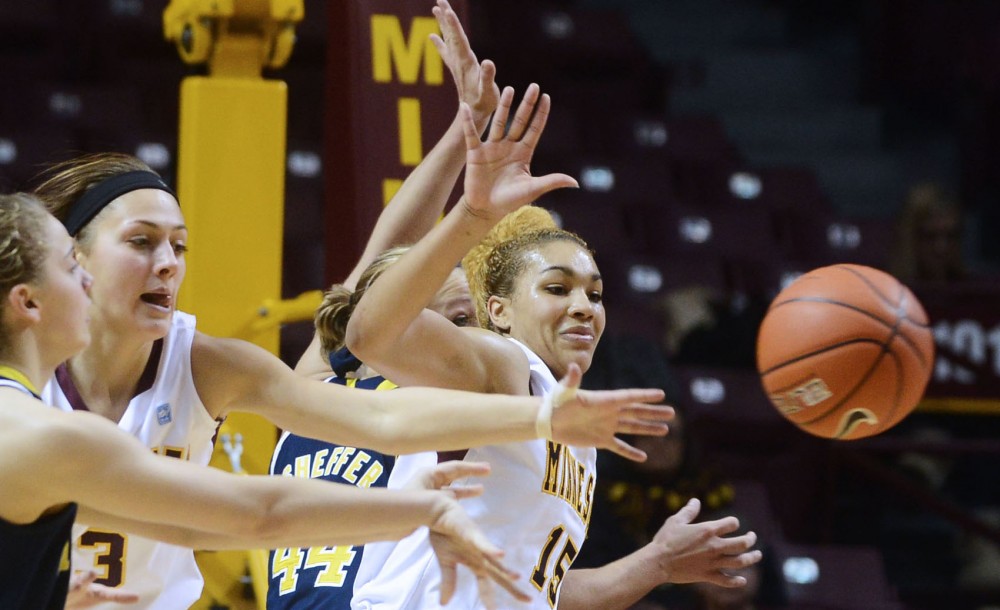 The good news for the Gophers women’s basketball team was that it snapped a four-game losing streak Thursday with a blowout win over Michigan.

The bad news was that the Gophers followed it up with an 80-56 loss Sunday to Nebraska.

More than halfway through the Big Ten season, Minnesota has lost five of its last six games and is tied for eighth in the conference standings.

The Gophers’ rematch with the Cornhuskers played out almost the exact same way as the teams’ first meeting two weeks ago — a tightly contested first half and a one-sided second half.

Minnesota shot 46 percent from the field in the first half, and while 12 bench points offset a poor half by Rachel Banham, the Gophers trailed 38-30 at halftime.

MicaÃ«lla RichÃ© hit a quick jumper at the beginning of the second half to cut Nebraska’s lead to six, but that was as close as Minnesota got.

The Cornhuskers stretched their lead to 19 points with a 19-6 run and later led by 28 points.

Nebraska forward Jordan Hooper, who scored 17 points in the first meeting, had 27 points on 10-for-17 shooting this time. Lindsey Moore added 12 points and seven assists.

The Cornhuskers held Banham to 11 points on 5-for-13 shooting. She had scored 69 points in her last two games.

“We did a good job of containing Banham within our zone,” Cornhuskers head coach Connie Yori said. “We always knew where she was.”

Sunday’s loss canceled out the impressive victory Minnesota had Thursday.

The Gophers cruised to an 82-67 victory against Michigan, which had recently dropped out of the top 25. Banham scored 32 points, and RichÃ© added 15 in the win.

The Gophers offense, led by Banham, looked as efficient and as fluid as it has all season. Minnesota shot 59 percent from the floor and turned the ball over four times.

“I thought we moved the ball extremely well, penetrated the gaps in the zone and we knocked shots down,” Gophers head coach Pam Borton said Thursday.

It all started with Banham, who ran the offense to perfection. She shot 11-for-15 from the floor, knocked down six three-pointers and found open teammates when she wasn’t scoring.

“We were able to find the open person, which was a big part of the win for us tonight,” she said Thursday.

After leading by four at halftime, Minnesota tightened up defensively, forced turnovers and led by 18 in the second half.