Animal leasing programs are one example of the organization's efforts to attract and retain the state's youth. 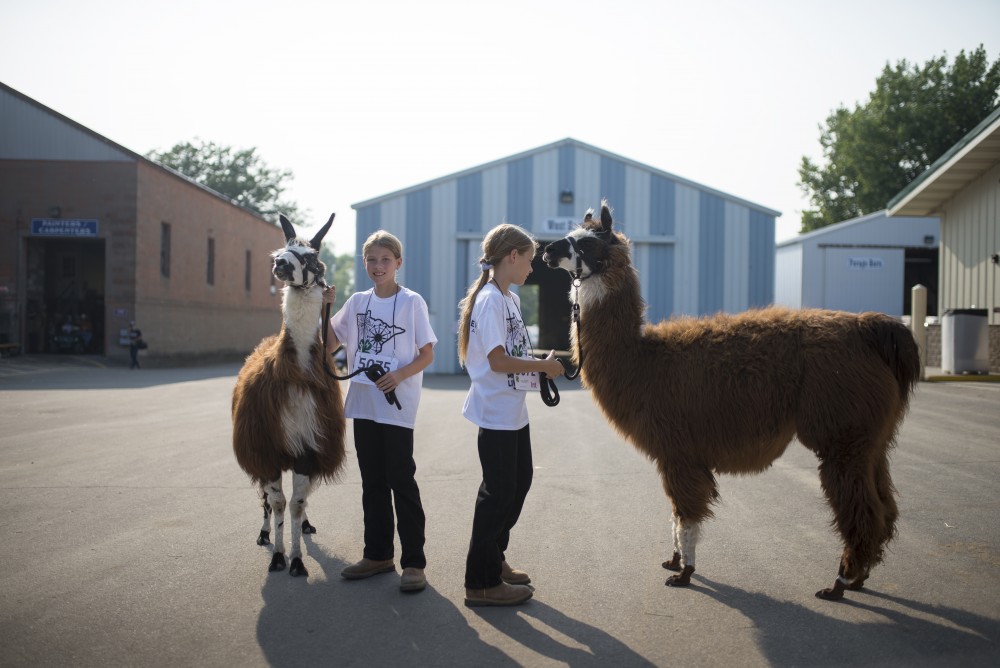 Identical twins Amanda and Ashley Overgaauw pose with their llamas before competing at the Minnesota State Fair on Thursday, August 31, 2017.

A century-old University of Minnesota youth program usually associated with agriculture is adding new options to traditional activities to keep up with Minnesota’s changing demographics.

Minnesota 4-H has tried to organize kids in communities and teach skills since the early 1900s, and as the state’s agricultural community shrinks, the organization has expanded from its farming roots.

“We’ve always been at the vanguard of meeting kids where they’re at, and … if we don’t change, we can go by the wayside,” said Allison Sandve, a spokesperson for University Extension, which runs 4-H.

4-H, a national program with state chapters managed by public universities, lets youth complete projects in areas like health, science, agriculture and citizenship, according to the 4-H website. Minnesota members can participate between kindergarten and one year after their high school graduation. The number of Minnesota farms fell by more than half between 1940 and 2010, according to the U.S. Department of Agriculture.  In response to this trend, an animal leasing program seeks to make agriculture accessible to all kids, said Bradley Rugg, director of Fair and Animal Science Programs for the University Extension Center for Youth Development.

The leasing program lets kids who don’t own an animal care for and train a mentor’s farm animal, as well as show it at fairs and contests, according to the University of Minnesota Extension.

Rugg said this program is responsible for ongoing participation in some 4-H agricultural programs, like the dairy program. While there are 40 percent fewer dairy producers in the state than there were in the mid-2000s, enrollment in 4-H dairy programs is down just 10 percent, he said.

More than 5,000 4-H members attended this year’s Minnesota State Fair, where some participated in competitions ranging from fashion design to public speaking. Fairgoers could also try out some recent technological advances through video games that used virtual reality goggles.

This range of options is important to attract and keep members, said Ellie Bauer, a 2017 University graduate who participated in and worked for Minnesota 4-H.

“The traditional showing of beef heifer at the fairs isn’t as appealing to as many people as maybe it was when my parents were in 4-H,” Bauer said.

As a middle school student, Bauer showcased sheep and pigs in 4-H competitions and also participated in craftier activities, like knitting.

Without this spectrum of choices, other activities like high school sports can win youth’s attention, Bauer said.

Encouraging youth to try a wide range of activities promotes some of the organization’s goals, like connecting participants to learning experiences, passions and other people, said Dorothy Freeman, director of Minnesota 4-H.

“The mission is the same,” Freeman said. “But the work changes because the society changes.”