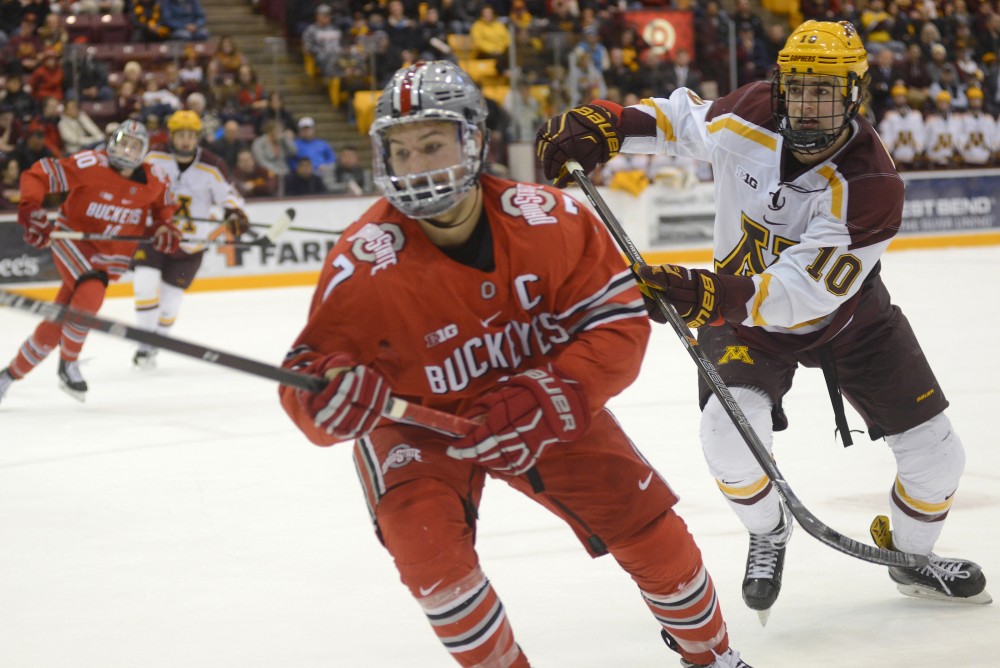 The Gophers got to within one point of clinching their position in the Big Ten.

The tie dropped Minnesota’s latest stretch of games to six wins in the last eight contests. Minnesota finished the weekend series one point shy of clinching home-ice in the first round of the Big Ten tournament, but have the opportunity with next week’s series against No. 16 Penn State.

The Gophers first goal didn’t come until late in the game. Brent Gates Jr. netted his second goal of the weekend with roughly 10 minutes left in the third period to tie the game at 1-1.

Ohio State’s Mason Jobst scored the first goal of the game in the second period to give the Buckeyes a 1-0 lead.

Minnesota returns to action next weekend from University Park, Pennsylvania against Penn State for the final regular-season series.