The event will decide the final members of the U.S. national team. 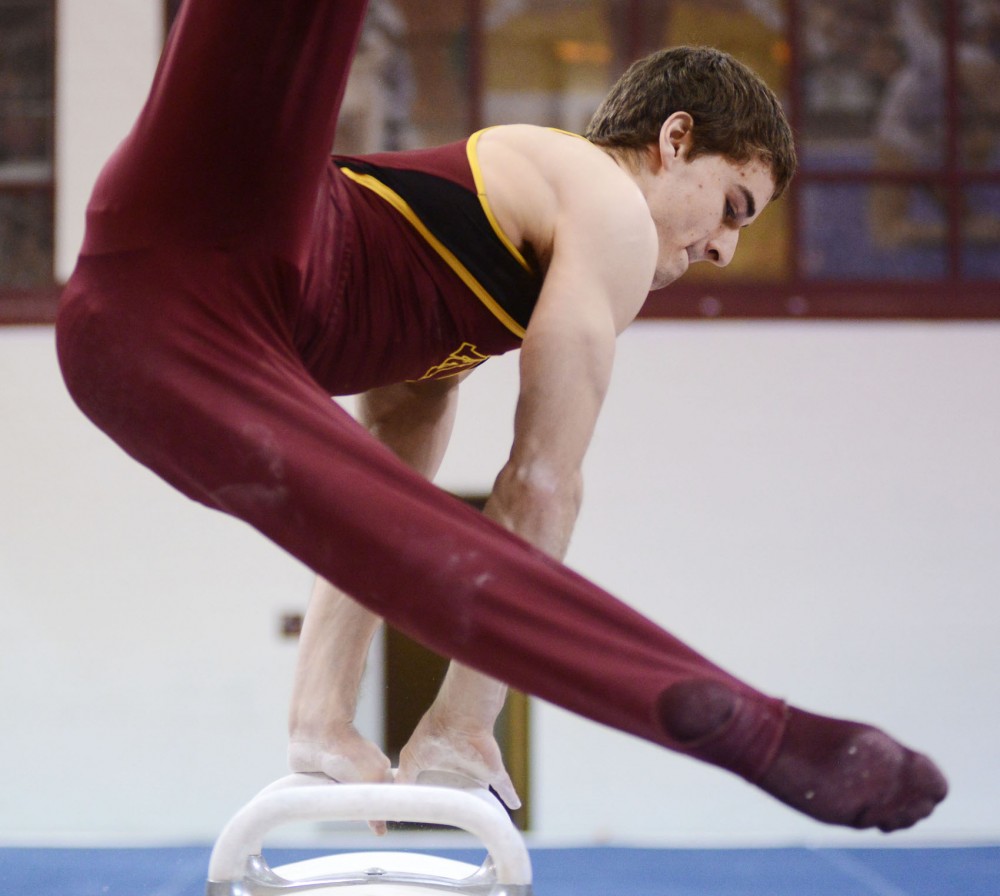 Three members of the Gophers men’s gymnastics team will trade the snow and cold of Iowa for the warm and hustle of Las Vegas this weekend.

Daniel DiBenedetto, Zack Chase and Ellis Mannon will compete in the Winter Cup and try to earn a place on the U.S. national team.

The event kicks off Thursday afternoon and features 96 of the nation’s best gymnasts. Each competitor had to qualify for the event. The top-42 men advance to the finals, which will be held Saturday.

Mannon is the only Gophers gymnast of the three who has competed at the Winter Cup before. He finished fifth on pommel horse and 25th in the all-around competition last year.

Assistant coach Russ Fystrom said the meet is important for gymnasts looking to further their career.

“If you want to be considered for national team or you want to be going for USA Gymnastics championships, you have to be at this meet,” Fystrom said.

The easiest way to make the Winter Cup is to perform well enough in the VISA Championships, which Chase did last June.

“They judge it more like you would an international meet,” he said. “College meets, sometimes, they judge a little easier.”

DiBenedetto will compete on parallel bars, high bar and pommel horse Thursday. He said his goal is the same whether he’s competing against the Hawkeyes or former Olympians.

“My goal is to go in there and do the best sets I can do that I’ve prepared for,” he said. “I’ll kind of let things happen the way they happen.”

He also said preparation for the meet isn’t much different than any other competition.

“There’s nothing really too different besides traveling a little bit earlier,” DiBenedetto said.

Mannon will compete on five events, and he said he may compete in the all-around event if he makes the finals.

The sophomore said the meet is a nice break from the team competition setting and an opportunity to further his gymnastics career.

The environment at the meet is more subdued but still exciting because of the competition, Mannon said.

Chase said he expects to make the finals on still rings, and his goal is to perform well in front of some of the top athletes in the nation.

“It’s a very big meet in the [gymnastics] community,” he said. “It doesn’t hurt to do well at these things.”

All three gymnasts missed practice time this week because of the flu. But each said they should be ready to go when the competition starts.