Review: The Princess of Montpensier 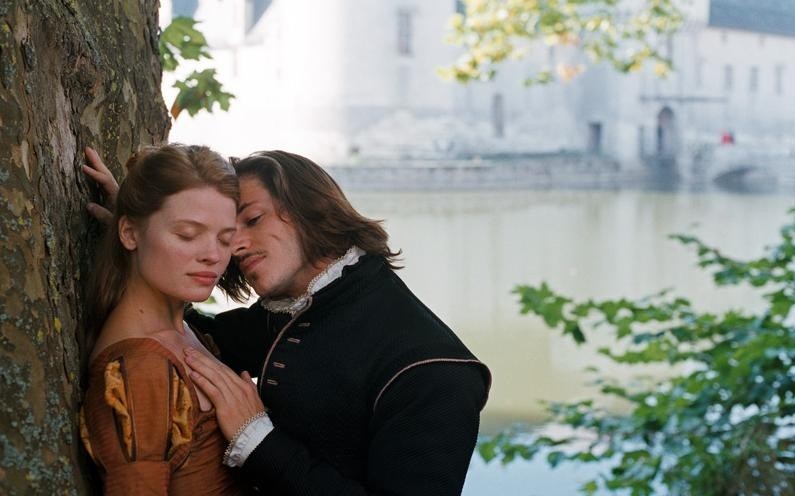 Any movie featuring boobs and beginning with the preface; âÄúthe peace between Catholics and Huguenots had lasted nearly a year,âÄù is sure to be a rip-roaring saga of extensive swordfights (spoiler alert: phallic symbols) and excessive intrigues that never seem to end.

The opening line sets the tone for the rest of the film, which is riddled with pretension and an overall indulgence in the grandeur of its visuals, dialogue and storyline. ThereâÄôs not one iota of small talk, and the whole film is a stage for endless pathos punctuated by lofty philosophical diatribes.

The movie begins with an old-west barn house shootout that ends with the filmâÄôs tragic hero, FranÃ§ois, Count de Chabannes (Lambert Wilson), accidentally killing an innocent young woman in the heat of battle. After swearing off war for good, our Renaissance man ends up ensnared in a love pentangle and becomes the coda and contemplative voice of reason that shapes the narrative of the film.

Young Marie de MeziÃ¨res (MÃ©lanie Thierry) has been forced into a political marriage with the Duke of MontpensierâÄôs boyish son, Philippe (GrÃ©goire Leprince-Ringuet), despite her infatuation with the dreamy long-haired and mustachioed Henri de Guise (Gaspard Ulliel). The incestuous tryst between cousins Marie and Henri is only made more complicated by HenriâÄôs relation to the jealous Philippe, and PhilippeâÄôs long-time tutelage under FranÃ§ois, who emerges onto the scene as the passionate intellect who takes the eager student Marie under his wing and also falls in love with her.

In addition to the mess that occurs within the walls of one castle, the Duke DâÄôAnjou âÄî a cousin of Philippe âÄî also shares his explicit desires for Marie. Her unmitigated magnetism reaches levels that border on the surreal, and contradict the otherwise earnest attempt at a realistic portrayal of the glamour and grit of the 16th century.

ItâÄôs easy to get lost and disinterested in the labyrinthine structure of romantic intrigues, which only serve as the decorations for a highly ornamented but nonetheless snoozer romance between the cloyingly innocent Marie and unlovable macho Henri.

The antiquated gender relations in the film could benefit from some modern critique. Princess Marie is poked, prodded, slapped and yelled at, but the director does his share of tossing around Thierry, who changes her face of stoic determination into a youthful ditziness without announcement.

There is hardly a moment of privacy in the walls of the Montpensier castle, and Tavernier allows this clustercuss to bleed over into the filmâÄôs production. There is constant movement, action and dialogue, all with an unceasing soundtrack featuring the perpetual swelling of strings.

The few moments of calm make for the highlights of the film, such as the awkward, silent consummation of marriage between Marie and Philippe as a counsel of maids and family members anxiously watch on, or PhilippeâÄôs stilted goodbye to his new bride, followed by an effortless hug with his teacher FranÃ§ois.

Clocking in at a mean 139 minutes, the film starts to slow down at the 100-minute mark when the war between the Catholics and Huguenots has reached a tenuous truce. Once the interpersonal relationships are given their due platform, the movie is already approaching its denouement and the time to get emotionally invested has passed.

âÄúThe Princess of MontpensierâÄù is a dense, overwrought, period film that offers few surprises. With its war-time romance tale, it attempts to cover the most ground but ends up spreading itself thin. For all its detailed work in crafting scenes, sets and costumes, it ultimately reads as a lack of restraint in throwing all of TavernierâÄôs historical research on the screen and ballooning the film, originally based on a 17th-century short story, to a bloated 2 1/2 hours.

But for what it lacks in heart, âÄúThe Princess of MontpensierâÄù makes up for in length.