Omar and other panelists answered questions from community members on national immigration policies and their implications. 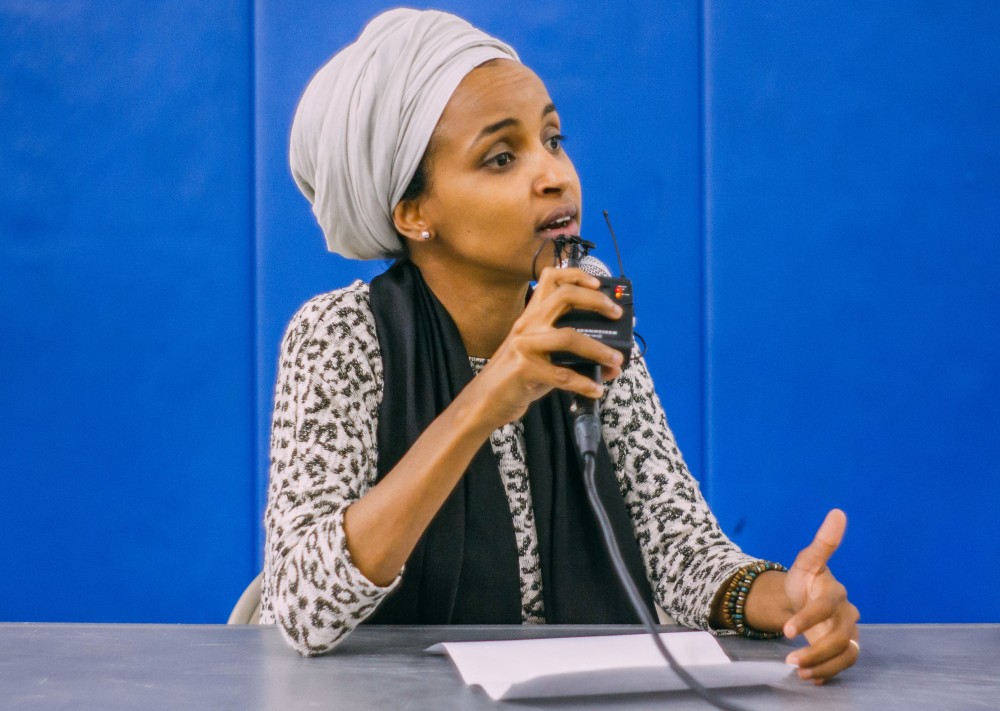 The forum provided services from different agencies to help members of the community with their legal status.

“Oftentimes people who are in our communities are having issues, and they think they are experiencing them in isolation,” Omar said. “We want them to understand there are resources available within our communities.”

The immigration resource fair offered residents an opportunity to seek insight and assistance, she said. “This kind of communal event shows them that there are people who have similar questions or who are going through the similar things.”

Omar said Cedar-Riverside has lacked similar resources in the past.

She said one of her main priorities is to create connections and resources for the community so residents can advocate for themselves and be self-sufficient when facing immigration issues.

Keller discussed the update on the travel ban and its impact on the community at the resource fair Saturday.

More countries could still be banned, Keller said, but those with dual citizenship, asylum, green cards or visas prior to Oct. 18 will not be as affected.

“Beginning on Oct. 18, anyone who is not in the U.S. or who does not yet have a visa approved from these countries is likely not entering,” he said. “We do not anticipate what we saw in January, where people arriving in our airports [are] not being allowed in,”

Deportations are currently happening in the Somali community, Keller said. He added that he believes that the rate of deportation will continue to rise under Trump’s administration.

Kennedy, another panelist, talked about getting residents engaged in advocacy to protect people from hate crimes.

She emphasized how politics has divided the country, and encouraged the community to stand together to prevent being marginalized.

Keller said the community should seek a lawyer and explore legal options to protect themselves from potential deportation.

“Our advice, when an issue like that is happening, … advocate for your loved ones,” Keller said.