Gabel's administration will implement more training for faculty department heads on sexual harassment and assault as part of the ongoing initiative. 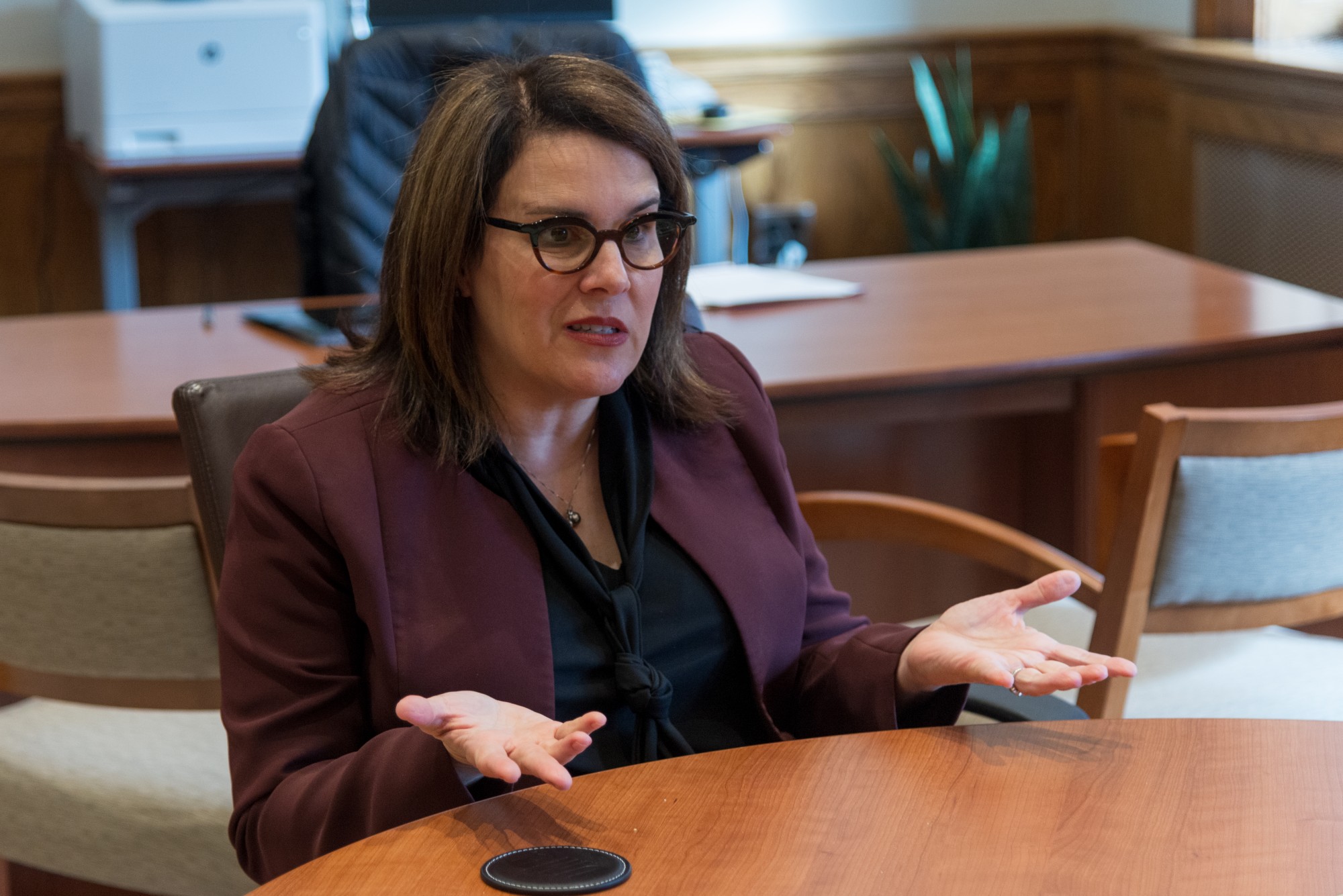 University of Minnesota President Joan Gabel fields questions from the Minnesota Daily in her office on Tuesday, Feb. 25.

University of Minnesota President Joan Gabel is continuing an effort to prevent sexual misconduct on campus, which includes implementing more training for faculty department heads to empower them to tackle ongoing sexual harassment and assault problems.

The President’s Initiative to Prevent Sexual Misconduct (PIPSM) began in 2017 under former University President Eric Kaler’s tenure in response to sexual misconduct allegations made against Gophers football players in 2016. PIPSM transitioned to Gabel’s administration last summer, and intends to examine how the culture at the University surrounding sexual assault and harassment can continue to improve. Gabel presented an update to the effort at the February Board of Regents meeting.

The process of changing the culture around sexual misconduct at the University could take years or decades, said John Finnegan, dean of the School of Public Health and a member of the initiative’s steering committee. Administrative changes, such as additional training and collaborations with other departments at the University, are part of this goal.

“We’d like to see, way down the line, a sexual misconduct-free campus,” Finnegan said. “It’s an aspirational goal. And if you don’t try to shoot for it, you’ll never get close.”

While Kaler oversaw the initiative, he revamped and implemented student and faculty-wide training aimed at encouraging bystanders to take action.

The initiative aims to take a trauma-informed approach, which considers how the victims and survivors of sexual assault or harassment feel after discipline has been delivered. This approach is key, said Karen Miksch, an associate professor in the College of Education and Human Development.

“Because we know that many of our members on our University committee have been harmed by various forms with sexual misconduct, we have to keep that in mind as we design and implement our prevention efforts,” Miksch said at the February regents meeting.

This approach serves in part to establish a culture that is free of retaliation. This means avoiding victim-blaming rhetoric and creating a culture that listens to reported survivors of sexual assault or harassment. This can also include listening to the reporter while waiting for due process, Miksch said at the meeting.

Including LGBTQ and other marginalized identities in these processes is important for building the initiative, Finnegan said.

“We’re in the process, I think, of building a better connection and relationship with the LGBTQ campus community,” Finnegan said. “They are one of the groups that certainly is at higher risk of sexual assault. And, of harassment in a variety of different ways.”