The restaurant is moving into the Dairy Queen spot in Stadium Village. 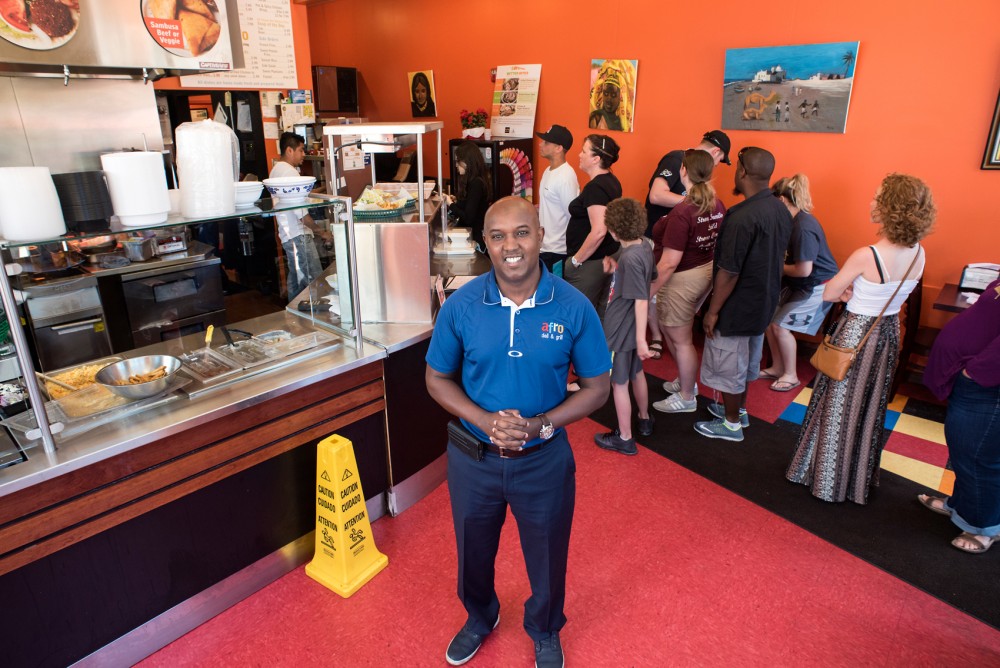 Afro Deli owner Abdirahman Kahin stands in his restaurant in Minneapolis' Cedar-Riverside neighborhood on June 20, 2016. The West Bank store will close on Nov. 17, but Kahin plans to reopen the restaurant in Stadium Village, eventually intending to return to the West Bank community in a new location.

After six years of operation on Riverside Avenue, Afro Deli — a culinary staple on the West Bank — is closing its doors this month with plans to relocate.

The restaurant will close on Nov. 17 and move into Dairy Queen’s former storefront on Washington Avenue in Stadium Village.

“We’re making [our] home [in] the heart of the University — [bringing] the same spirit we had on West Bank,” said Abdirahman Kahin, the founder of Afro Deli.

Kahin said the move was partly due to a conflict with the African Development Center.

The dispute over a lease contract, dating back to 2013, resulted in a lawsuit this summer.

After several announcements about the restaurant’s relocation, the decision was made official on Saturday in a Facebook post.

Skylar Dorr, a cashier at Afro Deli, said he was saddened to hear the news.

The restaurant means a lot to local customers and to the Cedar-Riverside community overall, Dorr said.

Afro Deli was good for business in the area, Ali Suleiman, one of the restaurant’s patrons, said Saturday night.

Kahin said that Afro Deli will be moving away from its returning customers, who give the deli nearly 75 percent of its business.

“They study there, they live there … [moving away], that’s the only sad part,” Kahin said.

But Kahin said the East Bank also offers new opportunities and a unique experience. By positioning on Washington Avenue, he said he expects a lot of new customers.

Competition in the area will be tough, but the restaurant will be bringing something new and different to East Bank, Kahin said.

As always, Afro Deli will try and cultivate a strong student relationship like it does at the West Bank location, Kahin said. He also said that he expects Afro Deli to be open until midnight.

Kahin said once Dairy Queen moves out, his crew will have to remodel the area to suit their needs and style, which might take some time, but he expects the new location to be open in January.