The University of Minnesota received $788 million from the federal government for research last year. 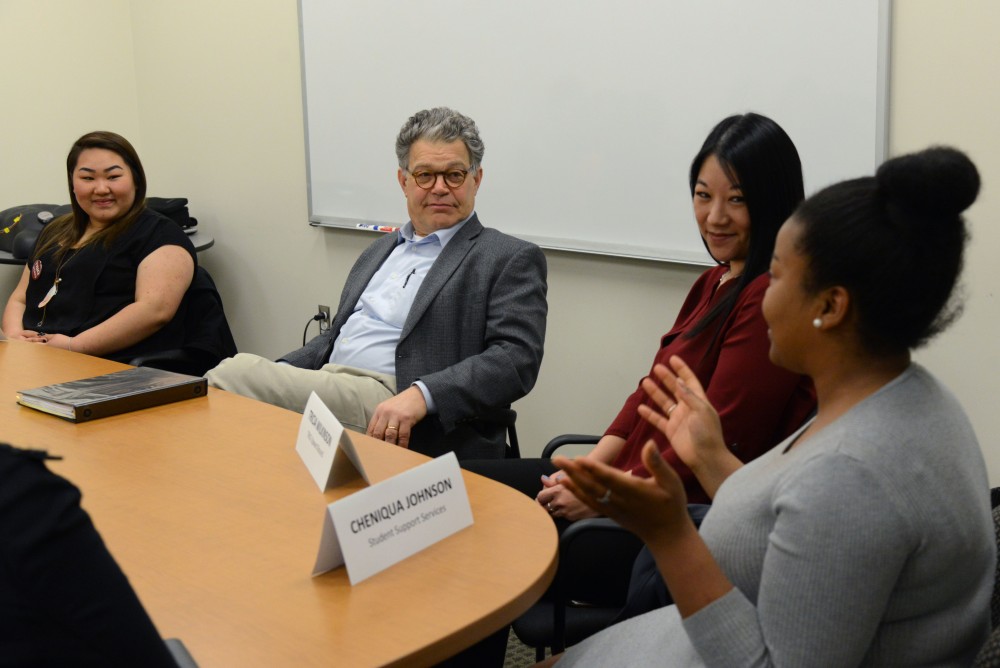 After releasing his 2018 budget proposal last month, University of Minnesota researchers are worried they could lose federal grant money under President Donald Trump.

Much of the school’s research is aided by federal money, and Trump’s proposal would reduce those grants considerably. Funding for the National Institutes of Health — where the school gets most of its research money — would be cut 18.3 percent, prompting school and public officials to speak against Trump’s budget.

After taking a tour of campus research facilities, U.S. Sen. Al Franken, D-Minn., spoke with University students Tuesday afternoon about the impact cuts could have for the school.

“I think Trump is going for a very sizable cut, and I think that would be diasatrous,” Franken said. “I think a lot of other members of Congress feel the same way.”

“That would be a cut of historic proportions for the NIH,” said Dan Gilchrist, communications director for the University’s Office of the Vice President for Research.

With inflation, the NIH budget has stayed relatively stable due to bipartisan agreement to fund biomedical and other research, Gilchrist said.

“The idea of cutting NIH is fairly out of step with what Congress wants,” he said.

Gilchrist said Trump’s administration has been unclear on proposed budget cuts to other grants, like the NSF. “We don’t want people to panic, but at the same time we are concerned.”

OVPR has taken proactive measures by emailing faculty members and researchers, urging them to let members of Congress know the importance of federal funding for the University.

More than 500 people have responded with their thoughts, Gilchrist said.

Another source of research funding is corporate partnerships.

However, funding from these sources typically isn’t enough to support long-term research. Businesses don’t see it as an investment, so faculty rely on federal grants, he said.

Training is also paid for by fegeral grants. “If you don’t fund NIH, you don’t fund science,” said Esther Krook-Magnuson, a researcher in the University’s Department of Neuroscience.

The physical sciences aren’t the only ones affected by the proposed cuts.

A new research program created to educate the Minnesota community about immigration, Global Minnesota: Immigration Past and Present, received $150,000 during its first year from the National Endowment for Humanities, which is also facing proposed reductions.

“We absolutely could not have done this work without support from the NEH,” said Erika Lee, Director of the Immigration History Research Center.

A second NEH grant worth more than $320,000 has allowed Lee’s IHRC project to expand across the U.S. and internationally. It lets immigrants and refugees create digital stories about their experiences.

Without funding from the national government, projects like these wouldn’t be able to scale up nationally and internationally, Lee said.

“I don’t think there is a lot of apetite for Trump’s budget proposal,” Franken said. “I have a feeling that it is sort of dead on arrival.”

Correction: A previous version of this article misstated Dori Henderson’s title. Henderson is a program director for part of the University’s MnDrive research initiative.