University of Minnesota researchers are working with a team of experts from the U.S., Indonesia and Bangladesh to make a genetically-modified potato. 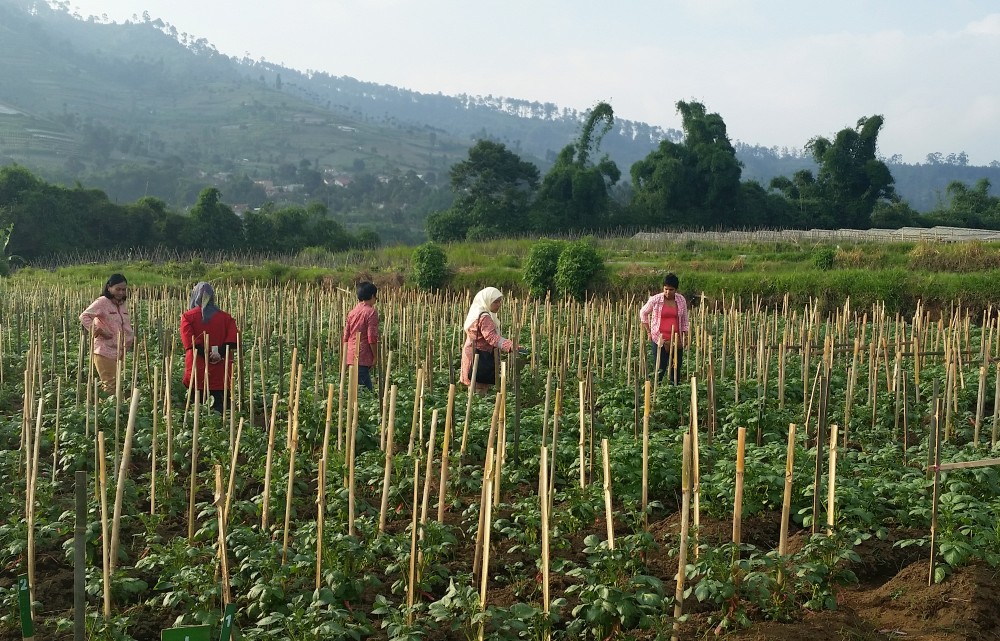 Researchers from the U.S., Indonesia and Bangladesh are embracing genetic engineering in hopes of increasing food security.

The team is creating a genetically-engineered potato to fight the late blight disease that caused the 19th-century Irish potato famine. The disease remains an issue for farmers worldwide, especially in Bangladesh, where many struggle with hunger.

“Late blight is the number one constraint for potato production, and Bangladesh has a perfect environment for this disease,” said Jim Bradeen, co-director of the University’s Stakman-Borlaug Center and a scientific advisor for the project.

The United States Agency for International Development’s Feed the Future partnership, led by Michigan State University, is a collaboration between several universities, including the University of Minnesota and the University of Idaho, along with the Bangladesh Agricultural Research Institute and the J.R. Simplot Company.

The researchers are working to implement durable disease resistance in potatoes using three disease-resistant genes, Bradeen said. Since the pathogen that causes late blight disease can evolve and become resistant to the genes designed to protect the crop, researchers hope using three genes will be an adequate defense.

They hope to introduce the potato in Bangladesh in the next six months to a year, Bradeen said.

Researchers expect the five-year project to end in 2020, but they also hope to continue the project after, if its funding is renewed, said principal investigator Karen Hokanson, a senior project specialist in the University’s Department of Horticultural Science.

Food security is an issue in Bangladesh, one of the world’s poorest countries. The nation also lacks infrastructure to fight crop diseases, Hokanson said.

Bangladesh has already approved one genetically-modified organism (GMO) to improve crop performance: a genetically-engineered, insect-resistant eggplant. Farmers in developing countries like Bangladesh often don’t have the information or money to manage insects and diseases, Hokanson said. This can lead to excessive chemical fungicide and insecticide use, which is harmful to crops, people and the environment. Genetically-engineered crops offer a safe alternative, she said.

“This is an opportunity to create a sustainable way of controlling late blight and food security,” Hokanson said.

While GMOs are highly debated in the U.S. and Europe, Bangladesh has embraced GMO technology, Bradeen said. However, the GMOs must meet many government regulations, which can be difficult for crop developers.

The University’s main role in this project is to help ensure the genetically-engineered crops are properly assessed for safety, according to regulatory requirements. Hokanson works with the Bangladeshi government to ensure the potato is safe, rigorously tested and approved.

Often, big businesses that engineer GMOs are not interested in creating GMO crops like potatoes, bananas and cassavas, which are staple food sources in developing countries, Hokanson said. However, public programs and institutions are more motivated to address these issues when they occur outside of the U.S., she said.

There are often many misconceptions about GMOs, said principal investigator David Douches from Michigan State University. Some people think GMOs are unsafe, but they are extensively tested to prove their safety, he said. The GMOs of crops like potatoes can reduce malnutrition and starvation in developing countries, he said.

GMOs are a tool researchers can use that provide opportunities for scientists to help solve devastating diseases affecting food systems, Hokanson said. By using a GMO, researchers can create a potato that is resistant to late blight disease that will allow farmers to use fewer chemicals on their crops. This will also boost the economy of Bangladesh and improve human health overall, Hokanson said.

“This technology is very safe, and serves a good purpose,” Douches said.