“We only need to look at the headlines today, to understand the importance of this gift,” Eric Kaler said at a press conference Monday. 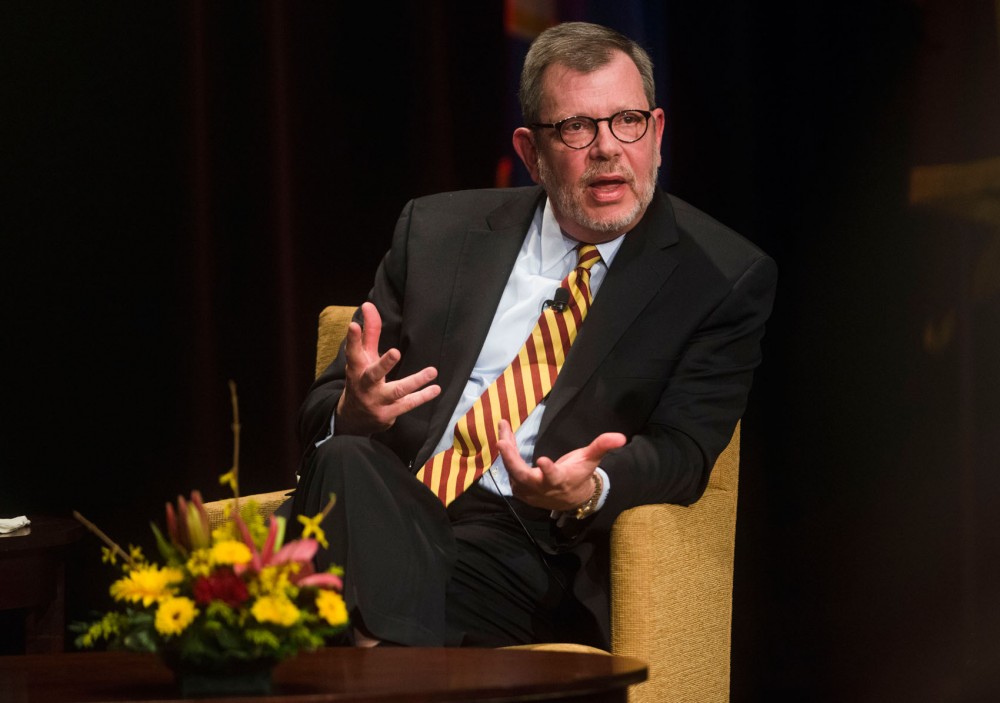 The donation from the Robina Foundation — a private grant-making foundation — provides $23.5 million for the newly named, James H. Binger Center for New Americans, $1 million to start a professorship in clinical law and $500,000 in law student scholarships.

The center, formerly known as the Center for New Americans, partners with area nonprofits and law firms to provide pro-bono legal support for immigrant and refugee communities. It also operates three different law clinics for law students and works to change federal immigration policy through litigation.

“We only need to look at the headlines today, to understand the importance of this gift,” said University President Eric Kaler at a press conference Monday. “There are very few issues as pressing today in Minnesota and around the nation as the legal and public policy about and the fate of our immigrant and refugee communities.”

Pushback over the travel ban played no role on the timing of the gift, said Kathleen Blatz, chair of the Robina Foundation. She said the decision to give the funding was made last summer.

Blatz said the center’s combination of students, nonprofit organizations, area law firms and its focus on immigration stood out when deciding to give the gift.

It has documented the stories of Minnesota residents affected by the order to support a lawsuit filed by Washington and Minnesota aimed at blocking Trump’s ban, said Benjamin Casper Sanchez, the center’s director.

The Robina Foundation also provided $4.5 million in funding for the center’s founding in 2013. The new gift will sustain the center long-term.