What was that sound? Steam plant testing captivates UMN students

A system test for the University’s new Main Energy Plant let out more steam than expected. 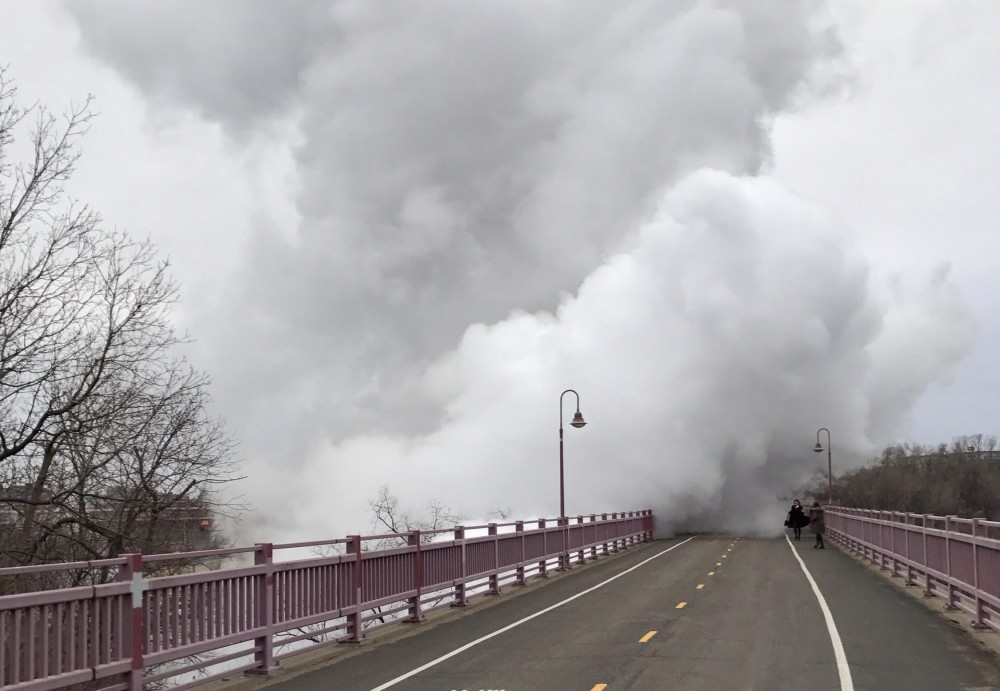 Large plumes of steam rise over the Northern Pacific pedestrian bridge on Tuesday, Feb. 28, 2017. Passersby said the noise was deafening.

“I don’t know,” said speech and language pathology student Courtney Phillips. “Almost seems like an engine failure or something. An explosion, maybe?”

The noise arose as workers vented steam for a system test. About 200,000 pounds of steam will be vented as the test continues over the next couple weeks, said Tim Busse, Facilities Management communications director.

Because of the warm weather, more steam — and noise — escaped than workers expected.

Facilities Management is looking into renting a silencer to help soften the noise, Busse said.

“Hopefully it won’t be this loud and noticeable,” he said.

Closer to the steam plant, passersby stopped along the Northern Pacific pedestrian bridge, where the ringing sound drowned out conversation.

Some ran through the steam for photo ops.

The noise continued as a low drone in nearby buildings, like the Education Sciences Building. It faded around 4:45 p.m.

“It’s so loud,” said physics and astronomy professor Priscilla Cushman as she gazed at the steam from outside Bruininks Hall.