Many are concerned over the amount of affordable housing units in Minneapolis and the University of Minnesota. 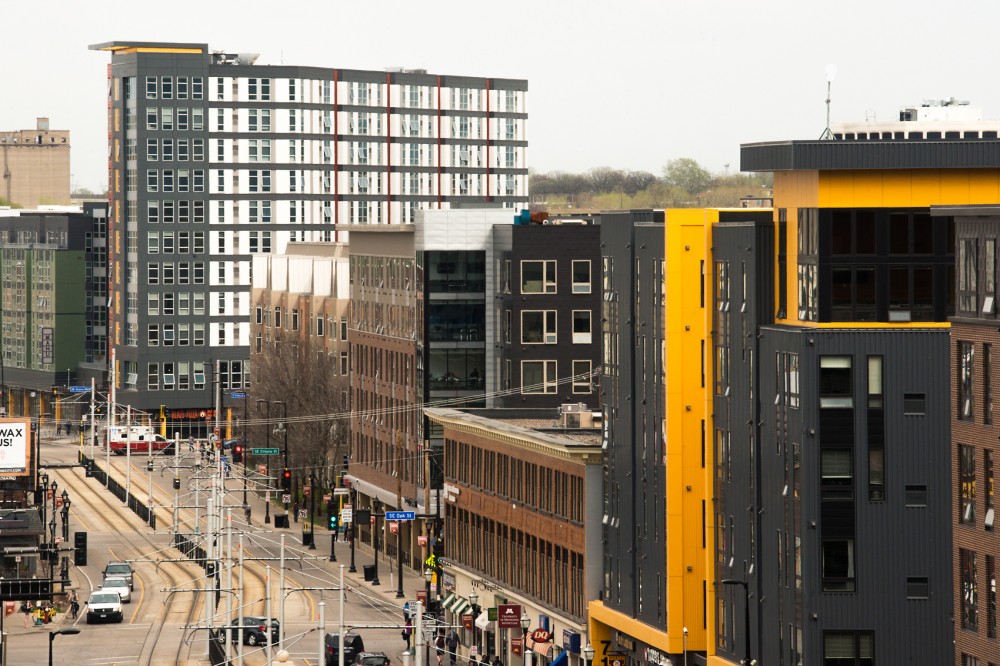 Despite city investment, concerns over the amount of affordable housing units in Minneapolis continue to linger.

Last month, the City of Minneapolis approved more than $9 million in investments for affordable housing options throughout the city — including projects in the Prospect Park and Como neighborhoods.

The city’s 2017 budget includes a proposed $14.5 million for affordable housing development, which will go before the Minneapolis City Council for approval Dec. 9. Still, some say the investment isn’t enough.

Ward 2 City Councilman Cam Gordon said he’s concerned about the role student loans play in the campus housing market, since some students may be increasing their debt by living in luxury apartments near the University.

This could contribute to the growth of luxury housing on campus because developers see the market as profitable, he said.

“With all the new luxury housing going up around the University, one thing that does is increases the median rent in that area,” said Ed Goetz, director of the University’s Center for Urban and Regional Affairs.

“I actually predict that some of the student-focused housing will turn to the broad marketplace at some point,” he said, triggering a cost increase.

“These apartments are coming in claiming they may be affordable for students, but a lot of times they just aren’t,” he said.

Bob Stableski, vice president of the Marcy-Holmes Neighborhood Association, said one enduring question is whether affordable housing near the University is of livable quality.

“Affordable and falling apart seem to be kind of synonymous,” he said.

But since land values are higher in the area, Stableski said, there isn’t much developers can do without aid from a subsidy.

“You’re paying so much for the property to start with, and you have to do something that is going to return your investment,” he said.

Ward 3 City Councilman Jacob Frey said the city is losing affordable housing “at alarming rates.” Near the University of Minnesota, demand for housing is particularly high, he said.

The city’s $10 million affordable housing trust fund isn’t enough, Frey said, and there need to be solutions provided at the state-level — such as low-income tax credits.

“No matter how much money the city puts in; we still have a problem,” he said.

Creating more cooperative student housing on campus — like the Chateau and Fourth Street — and increasing occupancy limits are two strategies that could aid affordability, he said.

Another solution the city is looking at is an “inclusionary zoning” ordinance, Gordon said, which would require new city developments to have a certain amount of affordable units available for lower-income residents.

The city is working to bring forward recommendations for the ordinance soon, he said, but the proposal probably won’t be discussed until next year.

Still, Goetz said he doesn’t think rent prices near the University will fall until the market is satisfied.

“The fact of the matter is that in today’s market the neighborhoods around the University are just in much greater demand than they have been in the past,” he said.

Editor’s note: Austen Macalus is a former arts and entertainment reporter for the Daily.