Kill speaks to media for first time since seizure

Jerry Kill declined to take questions about the seizure, which he had on the field during halftime against Western Illinois on Saturday. 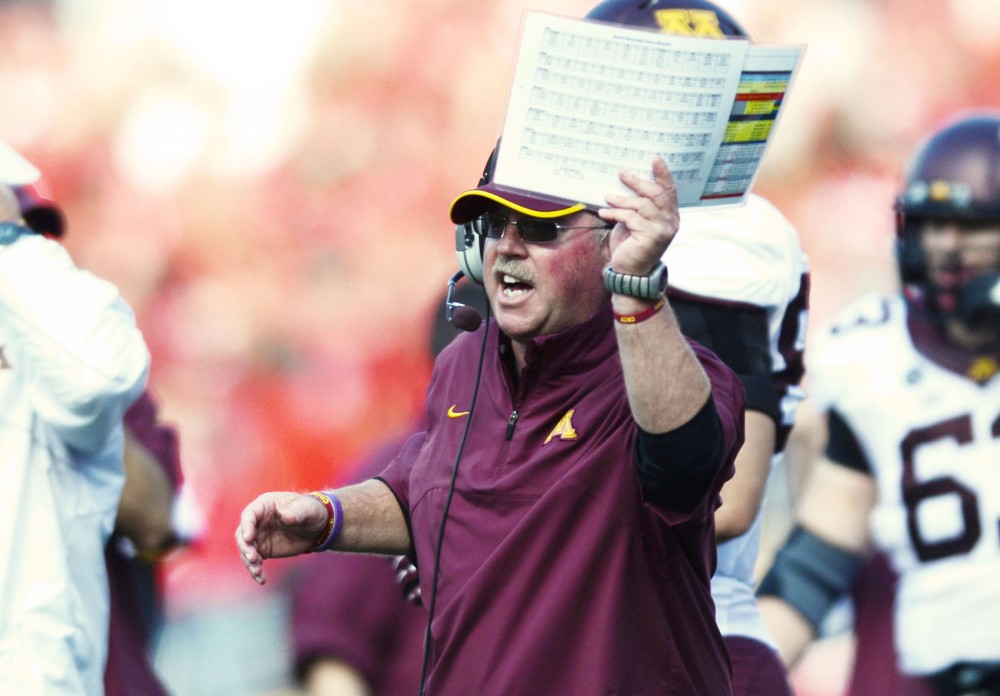 Minnesota head coach Jerry Kill expresses his discontent with a review of a Gophers touchdown against Wisconsin on Oct. 20, 2012.

Minnesota’s football program has consistently embraced the “next man up” approach this season in response to injuries.

That adage didn’t change Saturday when head coach Jerry Kill had a seizure at halftime.

That showed Saturday, when the Gophers pushed forward to a 29-12 win over Western Illinois while the head coach was away from the team.

Kill, for the first time since his latest episode, addressed the media at his weekly press conference Tuesday. He was asked whether he would consider coaching from the press box.

“No,” Kill said. “It wouldn’t make any difference.”

Kill, 52, will physically remain on Minnesota’s sideline. And after leading the Gophers to their first bowl game since 2009 last season, it looks like he’ll be there for quite some time.

So are his coordinators, who have known and coached with Kill for nearly two decades.

“We’ll continue to move the program forward and so will [Kill],” Claeys said. “We all want to see this place smile and be proud of the football program. That’s why we came here.”

At first glance, it appears losing a head coach in the middle of a game would be detrimental to a football team.

But Kill’s long-tenured staff has prepared the team for such a situation and was able to lead the Gophers to 22 second-half points en route to a 29-12 win over WIU.

Minnesota players said not having Kill for the second half of Saturday’s game didn’t require an adjustment.

“We’re just focusing on the game,” redshirt freshman quarterback Mitch Leidner said. “We still [have] the rest of the coaches there helping [us] out, and we’re just playing. So it’s fine.”