Sophomore Kayla Mershon announced she will be returning to play in her home state. 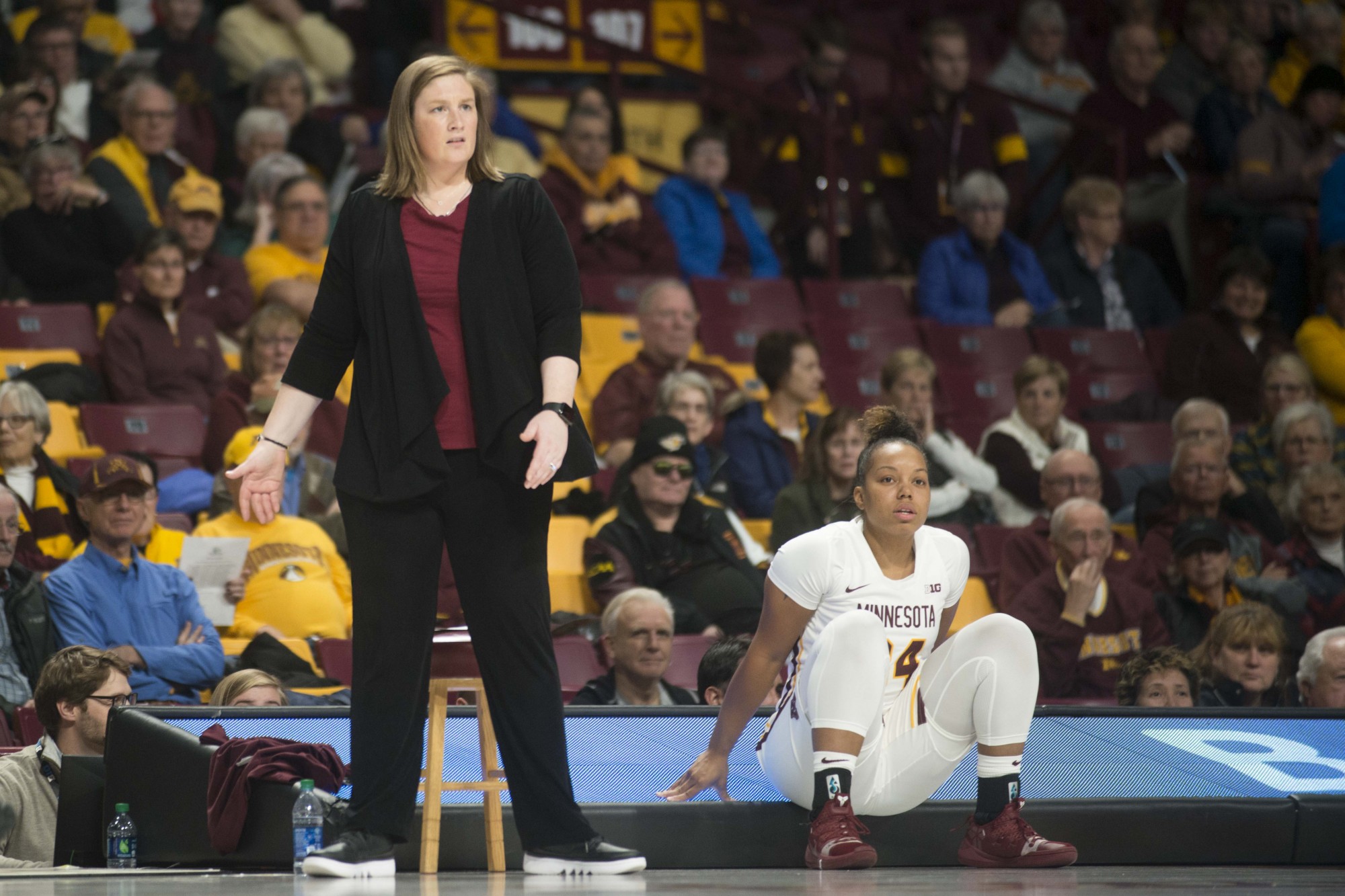 Despite the current conditions, the Gophers women’s basketball team has been busy this offseason, adding another transfer to their roster.

Forward Kayla Mershon announced her decision on Instagram to leave Nebraska after two seasons, saying she is excited for what her next chapter at Minnesota holds. However, the move to Minnesota is not official yet as universities are not processing National Letters of Intent or transfers at this time. Unless any unforeseen circumstances occur, Mershon will most likely have to sit out for the 2020-21 season due to NCAA transfer rules.

I want to thank Nebraska basketball for all that they’ve taught and done for me. I have made memories and friendships there that will last a lifetime. That being said, after much deliberation I have decided to return home and continue my career as a Minnesota Gopher. I want to thank God, my friends, and my family for being here for me and supporting me throughout this decision making process and I can’t wait to see what this next chapter holds! 〽️

Mershon is the second player within a month to transfer to Minnesota, with graduate transfer Laura Bagwell-Katalinich being the first. With these recent announcements, a pattern has started to emerge regarding whom head coach Lindsay Whalen is bringing in for the Gophers, as Mershon and Bagwell-Katalinich share a few similarities.

Both players will be returning to their home state grew up, as they played basketball in the Twin Cities area: Mershon is from Chanhassen and Bagwell-Katalinich is from Minneapolis.They also play the forward position, a void the Gophers needed to fill this offseason after graduating the leading rebounder in the Big Ten Taiye Bello and reserve Kehinde Bello. Lastly, but maybe most importantly to Whalen, Mershon and Bagwell-Katalinich bring experience and maturity to the program, two qualities Whalen wants ingrained in the culture at Minnesota.

Mershon played in 60 games during her two seasons at Nebraska, starting in 15 of them. She saw a dip in her playing time this past season, averaging 11.7 minutes per game compared to17.4 minutes her freshman season. However, Nebraska did have considerable depth at the forward position with sophomore Leigha Brown and junior Kate Cain. Brown came off the bench throughout the season but was the team’s leading scorer with 14.4 points per game and Cain led the team in rebounding with 7.2 per game.

Mershon averaged 1.6 points and 2.5 rebounds per game last season. When she is able to suit up in maroon and gold, the Gophers will need her to help on the glass. Minnesota finished near the bottom of the Big Ten in rebounding last season.

Minnesota now has eight forwards on the roster heading into next season.