The Dark Knight returns to videogames 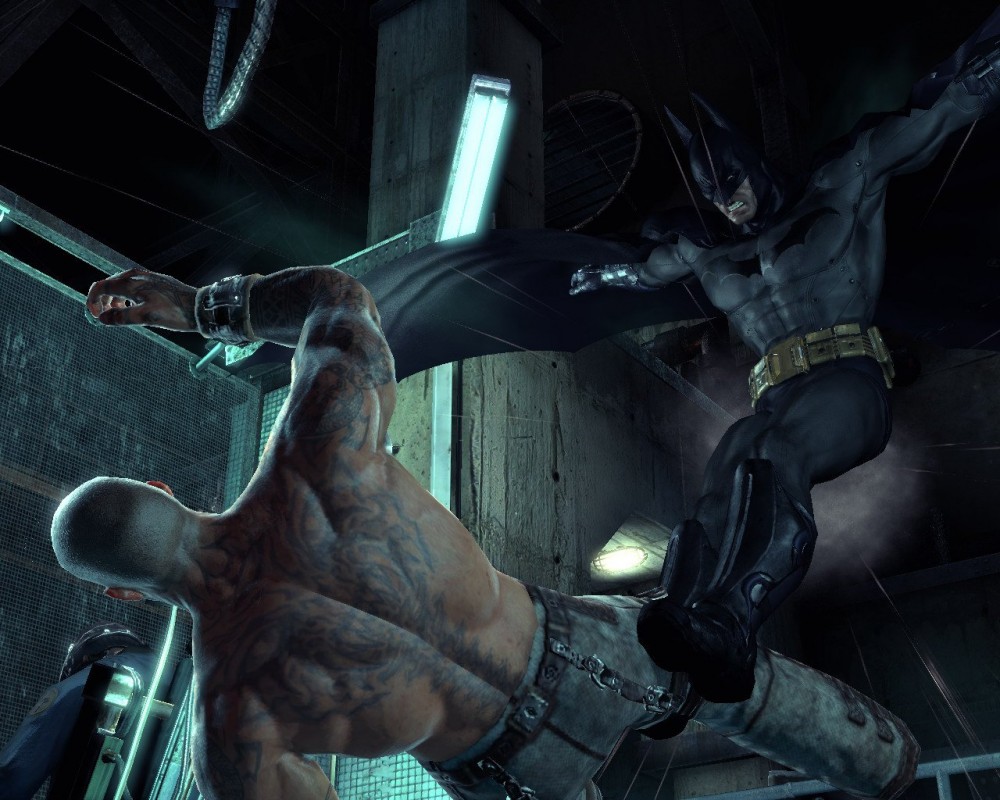 âÄúBatman: Arkham AsylumâÄù RATED: T DISTRIBUTED FOR: PlayStation 3, Xbox 360 Batman is so popular these days that selling a video game with his name on it is as easy as intercepting a pass from Jay Cutler . With that in mind, the overlords at Warner Bros. could have effortlessly spewed forth an average product to ride the coattails of âÄúThe Dark KnightâÄù and win some more bread for the franchise. Thankfully, the DC tribe bided their time, hunkered down and produced âÄúBatman: Arkham Asylum,âÄù one of the best (if not the absolute greatest) superhero games of all time. âÄúArkham AsylumâÄù begins with Batman escorting the recently captured Joker back to Arkham Asylum for the Criminally Insane. As the Bat rags his archnemesis down the prisonâÄôs haunted hallways for the umpteenth time, he comments that something is amiss, and as is usually the case with our dashing hero, heâÄôs right. The clownish mastermind has devised an elaborate scheme to take over the asylum, holding the staff hostage and forcing Batman to participate in his maniacal games. The Caped Crusader has other plans and quickly sets about unhinging the JokerâÄôs scheme. The story is sublime for fans because it not only allows players to explore the grounds of the mythic asylum but also to do battle with some of BatmanâÄôs creepier antagonists. The Joker plays a major part, but villains like Bane , Killer Croc and Scarecrow all get a chance to be disturbingly sinister. The Scarecrow stage in particular is one of the more surreal and hair-raising levels in superhero gamedom. But the storyline is just one of the many ingredients that make âÄúArkham AsylumâÄù irresistible nerd-nip. The game features an almost too-enjoyable fighting system marked by its fluidity and unabashed visual flair. Euphoria abounds when Batman swiftly counters an attack, leaps like a freak through the air and delivers a slow-motion kick to his assailantâÄôs face. The game earns extra points for letting players perform classic Batman moves, like hanging upside-down from gargoyles and stealthily disabling foes. Another first-rate gameplay feature is the Detective Mode, seemingly inspired by the sonar subplot of âÄúThe Dark Knight.âÄù After all, Batman is the worldâÄôs greatest detective, so why not let players put his skills to use? Players must use the mode to uncover clues, solve riddles and to find bad guys wherever they may be lurking. Ultimately, âÄúArkham AsylumâÄù is as much a stealth game as it is an action adventure romp. The final icing on the cake is the all-star voice cast, many of whom reprise their roles from âÄúBatman: The Animated Series.âÄù Kevin Conroy delivers his lines with his vintage wolverine purr, a stark contrast to Christian BaleâÄôs two-pack-a-day interpretation. And while Mark Hamill will always best be known as Luke Skywalker , his vocal work as the Joker over the years is some of the finest in the biz. On every stylistic level, âÄúBatman: Arkham AsylumâÄù makes the grade. The story is smooth and exciting, the gameplay is endlessly entertaining and the map is filled with enough hidden goodies and side missions to keep both average fans and diehards out of class and in front of the TV.