The Minnesota Daily • May 1, 2013 • https://mndaily.com/240624/news/metro-state/city-aims-bridge-language-safety-gap-restaurants/ 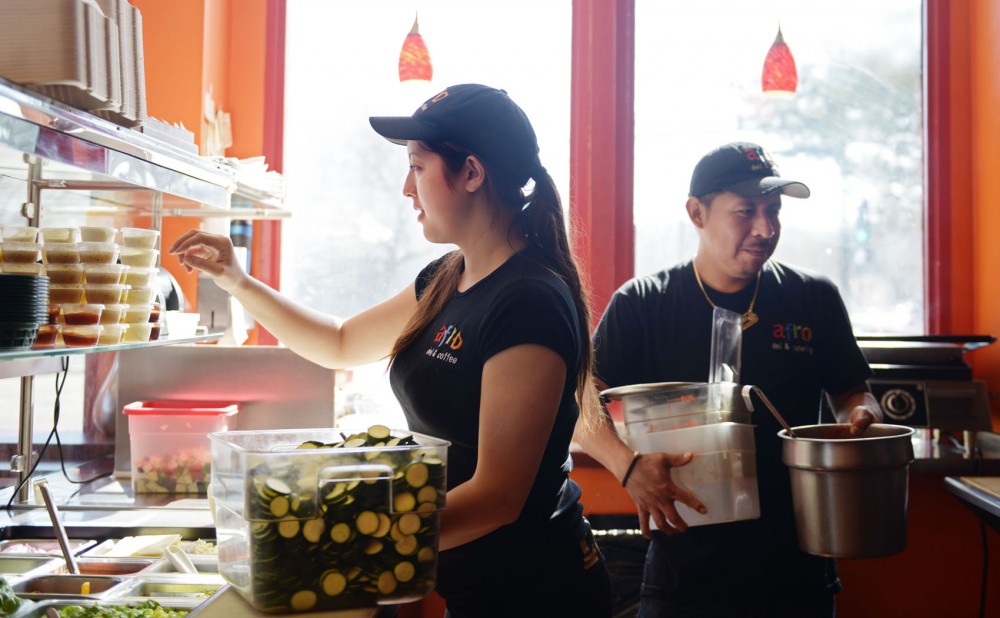 Afro Deli and Coffee on the West Bank is known for its diverse food selection, but customers may not be aware of the extent of the diversity behind the counter.

“We have four different languages [spoken here],” said owner Abdirahman Kahin. “Most of our staff have been working in the kitchen for a long time.”

It is commonplace for several different languages to be spoken in restaurants, said Daniel Huff, manager of environmental health for the city of Minneapolis.

“You’ll have a kitchen where you have four different languages spoken, and the common language is everybody’s second language — English,” Huff said. “There can be a lot of things that are lost in translation.”

“The idea is [that] seeing it is understanding it, and seeing it in a language you know … makes the message all the more clear,” said Lillian McDonald, executive director of ECHO.

Many chain restaurants have foolproof training manuals and videos premade for staff, but 70 to 80 percent of food establishments in Minneapolis are locally owned, Huff said.

At Rare Steak and Sushi, communication had weakened among employees who spoke English, Mandarin, Russian and Spanish.

“Everybody speaks at least a little bit of English,” said general manager Jason Cooney. “But the difficult part for us to certify [is] food safety in a lot of different languages … so this video helps with that.”

The restaurant decided to show some of the videos to the staff, and Cooney said he has seen improvement.

The sheer amount of training kitchen employees need can be overwhelming, McDonald said, because they’re so busy.

The videos cut down on the time employees need to be properly trained and also strengthen the relationship between the city and restaurant owners, she said.

“It engages a relationship between a city inspector and a food business owner,” she said. “And relationships are really key.”

For the Afro Deli, food safety hasn’t been much of an issue since the restaurant’s kitchen is visible to customers, Kahin said.

“We do a lot of self-inspection, because this is what we’re selling,” he said. “We’re selling confidence.”