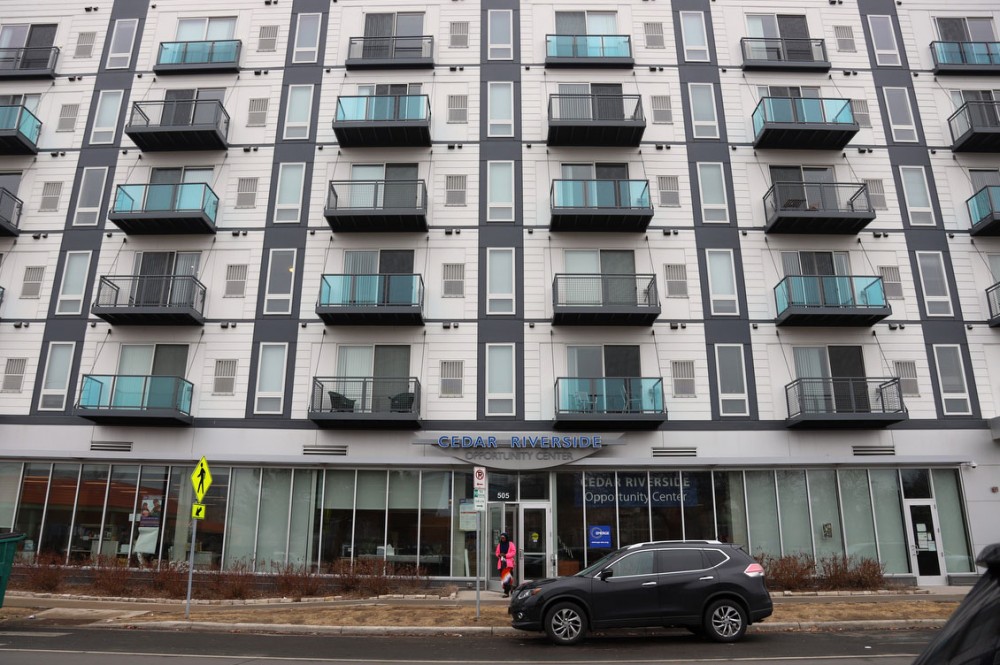 The Cedar Riverside Opportunity Center as seen on Friday, April 5 in Minneapolis. The opportunity center is one of the venues participating near the University that is participating in Tech Month.

A City of Minneapolis initiative aims to engage the public with the tech industry this month through a series of events.

Minneapolis Mayor Jacob Frey recently designated April as the City’s inaugural tech month. The events, some of which are near the University of Minnesota, will continue throughout the month. Tech month will bolster opportunities in the industry and improve inclusion in the field, Frey wrote in a statement.

The Cedar Riverside Opportunity Center is one of the participating venues this month.

At a CROC event on Thursday, community members received free or low-cost computers and affordable broadband internet with support from nonprofit PCs for People. Event organizers also discussed the internet’s impact with attendees.

Members of the Teen Tech Squad, a group of teenage employees from the Hennepin County Library, worked with youth on several activities. Organizers led activities focused on virtual reality, drones and 3D printing.

“It helps people understand the opportunities that exist in the IT area,” Bihi said. “It could open up someone’s horizon to see in the future if they want to go into an IT profession.”

“It makes it so much more relatable, and they can see themselves progressing in that role,” Zettervall said. Zettervall also stressed the importance of comfortable spaces for youth to explore tech without fear of making mistakes.

“The thing that’s really important for me and my relationship with [youth] is giving them the space to feel like they have autonomy,” Zetervall said. “They get to explore and practice these things and not have to worry about failure.”

The Brian Coyle Center is taking part in activities as well. Best Buy Teen Tech Center Coordinator Alyssa Costopoulos helps run the Girls Coding Club at the center. She said while the coding club was established prior to tech month, learning spaces for girls play a vital role in the community.

“One thing that you’ll find with most makerspaces is that they tend to skew towards having a higher population of boys using them,” Costopoulos said. “Girls need more opportunity to feel these spaces belong to them.”

The center partners with several outside groups to help mentor and educate members. Costopoulos said a number of young members have expressed interest in the tech field as a result of the programming.

“There’s a lot of opportunities to have community and not have to feel like you’re in it alone,” Costopoulos said. “That’s the big goal of providing a space and a support system for young people in Cedar-Riverside.”