Walk-ons playing as pivotal a role as any 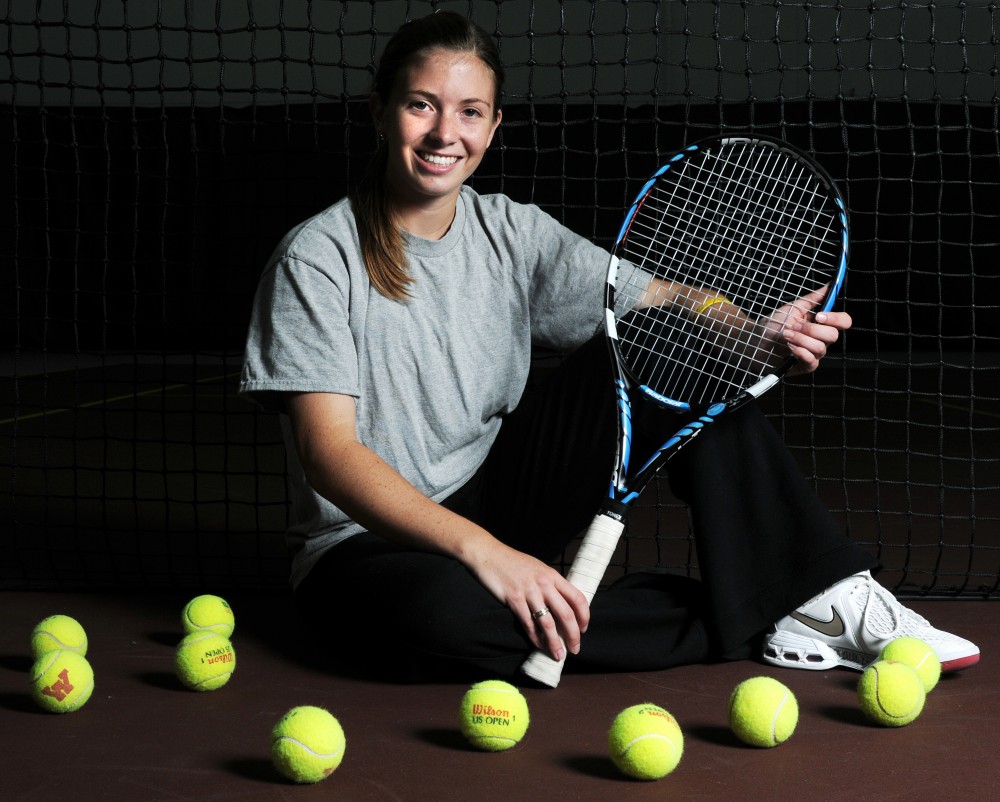 The Gophers womenâÄôs tennis team has five walk-ons this year, but these players arenâÄôt doing any sort of walking. As a matter of fact, theyâÄôre running, serving, lobbing, hitting and overall competing like the rest of the team. Even though it could be said that these walk-ons are unlike the rest of the team in that they receive no scholarships and are somehow less talented, coaches and players alike agree that they are truly no different when it comes to the core of Minnesota tennis. âÄúThere is almost no difference between the walk-ons and the scholarship girls,âÄù junior Jackie Sperling , a walk-on herself, said. Coach Tyler Thomson makes it clear that every player on this Gophers team, no matter who they are, is expected to support teammates and fulfill expectations on and off the court. This creates what he calls, a âÄúculture of togetherness.âÄù âÄúEveryone on our team, regardless of their status as scholarship recipient or walk-on is expected to bring different things to the table,âÄù Thomson said The women must have heard this in practice. From Drake Invitational singles champion Karina Chiarelli to walk-on Liz Tusler, who according to Coach Thomson, is the most vocal and enthusiastic player on the team , everyone has contributed in some way. However, it seems walk-ons donâÄôt always get the credit they deserve âÄúSome of the walk-ons have really stepped up and developed their game and put the extra time in,âÄù Sperling said. One walk-on that has fulfilled expectations and brought just about everything to the table is senior Alex Seaton. Before coming to Minnesota as a walk-on, she was a scholarship player for Colgate. Seaton posted a 3-3 singles record and 7-6 doubles record last season for the Gophers before experiencing a season-ending knee injury. So far this season, she has been a standout doubles player. For some, itâÄôs surprising how Seaton has returned again this season ready to compete after two consecutive season-ending injuries. Aside from her undeniable drive to compete, the Edina native has displayed some leadership skills on and off the court. âÄúWe donâÄôt have any captains right now but sheâÄôs kind of a de-facto captain for us right now. SheâÄôs a tremendous leader for us,âÄù Coach Young said. âÄúI think she represents a lot of what it means to be a member of this team, especially in a walk-on role.âÄù Seaton, along with Sperling, two walk-ons, certainly have increased roles and positions on the team. They have consistently competed with the rest of the team at local and national tournaments in past years. âÄúIâÄôm really appreciative of the fact that they go above and beyond what some people might suggest is their responsibility because they are not on scholarship,âÄù Thomson said.