Addressing lawmakers, Gabel talks financial losses of up to $324 million

On Tuesday, University of Minnesota President Joan Gabel briefed state lawmakers on the financial impacts of COVID-19 on the University. 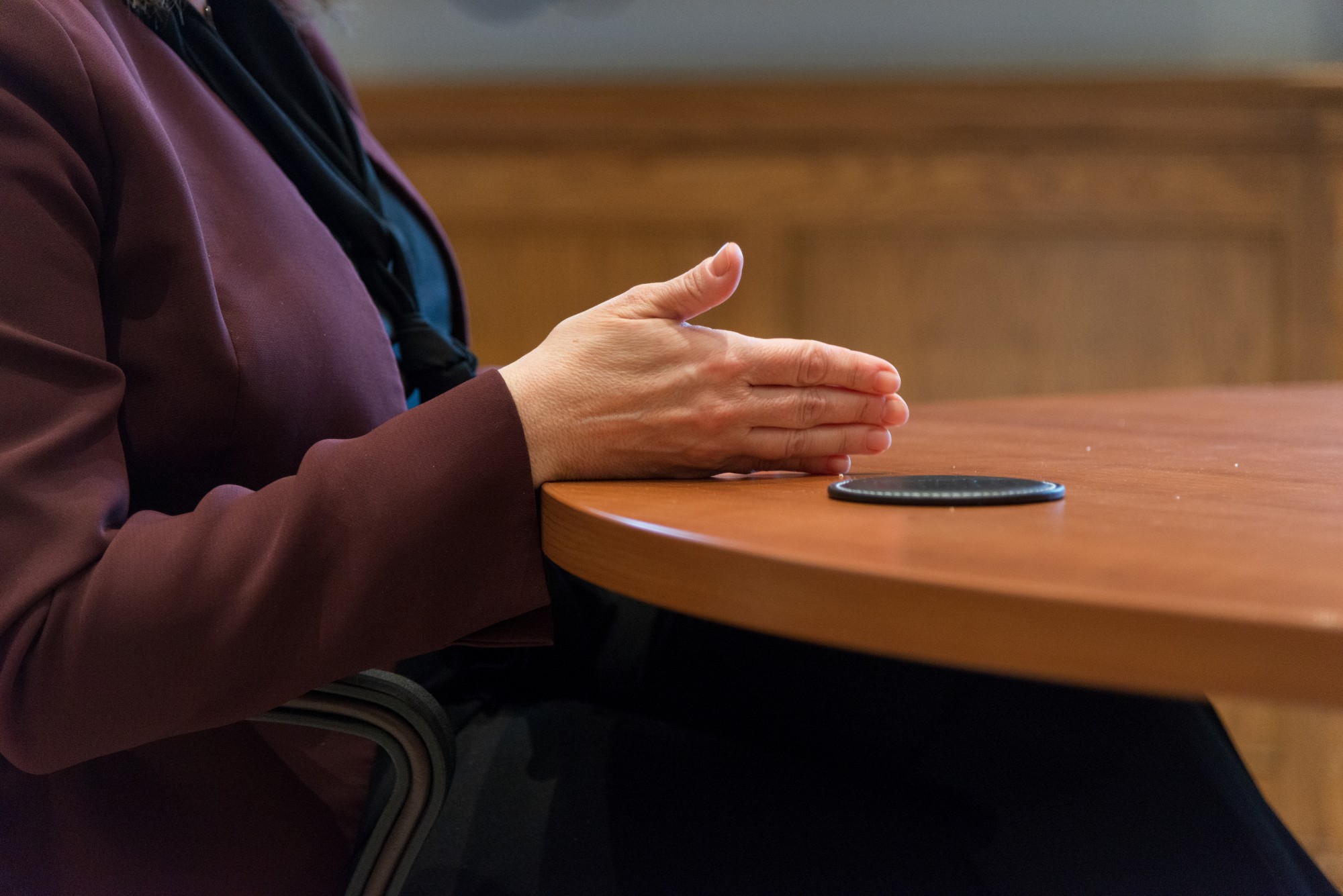 University of Minnesota President Joan Gabel fields questions from the Minnesota Daily in her office on Tuesday, Feb. 25.

University President Joan Gabel briefed lawmakers Tuesday on the financial toll of the coronavirus pandemic — which could cost the University $324 million — and the measures the University has taken to offset its impact.

Gabel, along with University Senior Vice President for Finance and Operations Brian Burnett, joined both state House and Senate higher education committees virtually to provide an update on the financial impact of COVID-19 on the University. Recent actions include a systemwide tuition freeze for the next academic year, suspension of hiring, salary increases and bonuses, and suspension of nonessential University-funded travel through May 31.

Those initial measures — along with a voluntary 10% cut to Gabel’s salary and one-week pay cuts to the salaries of senior leaders throughout the University system — are projected to save the University between $40 million and $50 million, she said.

“Those won’t be the only payroll reductions, temporary or otherwise, that we need to address,” Gabel said. “But we wanted to set a tone from the top and make very clear that if there are collective contributions and sacrifices to be made, that it starts with us.”

Rep. Aisha Gomez, DFL-Minneapolis, raised concerns regarding rising executive pay, namely the $4.6 million salary of University football coach P.J. Fleck. While Fleck is one of the more than 200 employees taking a pay cut, Gomez said the disparity is starker amid the coronavirus pandemic.

“It’s insulting to the public reading about somebody trumpeting an $85,000 cut to [their] salary when [they] make $4 and a half million a year,” Gomez said.

Though the University’s actions have lessened the pandemic’s financial implications, the school is projecting to lose around $324 million should online instruction continue through the fall semester. Administrators are preparing for multiple scenarios as uncertainty surrounds how long the pandemic will last.

“If we aren’t able to open normally this fall, we’ll have contingencies built in to pivot our budget to keep it balanced and make some additional difficult choices this fall under one or two different scenarios,” Burnett told senators.

The University has expanded online courses over the summer, offering courses normally reserved for fall and spring semesters. The University is preparing for a decrease in enrollment by out-of-state students, as well as international students due to their inability to secure visas as embassies remain closed.

Gabel said the University is going to receive $36 million in funding via the federal CARES Act passed last month, half of which will go directly to students. The University is currently working to determine how individual amounts will be distributed after the U.S. Department of Education disallowed funds from being used by universities to cover student fee refunds.

More than $150,000 has already been distributed to students from the University’s student emergency fund, which was expanded amid the pandemic to increase the amount of resources available to students in need.

The University is coordinating with Gov. Tim Walz and the Minnesota Office of Higher Education to request a portion of the $43 million in federal funding allocated to the state for higher education and K-12 education. Gabel said the University has partnered with Minnesota State Colleges and Universities to request that half of the funding go to higher education, with equal distribution between the two systems.

As the legislative session comes to a close and lawmakers work to put together a bonding bill, Gabel reaffirmed the University’s $317.2 million 2020 capital request. Gabel said the infrastructure funding is more critical than ever and will provide a “real boost” to the University.

“It allows us to continue to be the University of the future because we will emerge from this and we want our infrastructure to be top-notch when we do,” Gabel said.